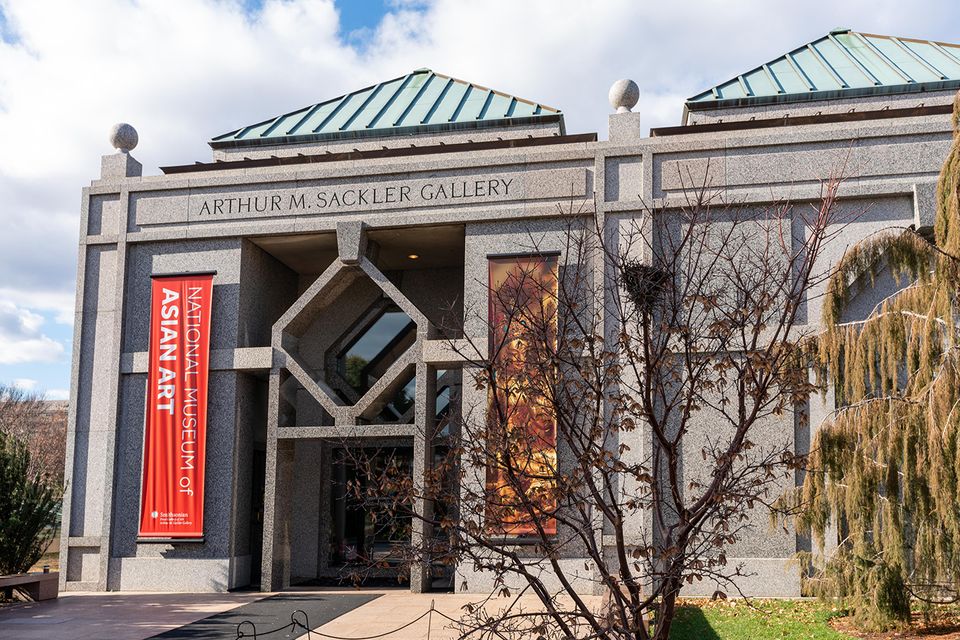 The Arthur M. Sackler Gallery with its new banner identifying it as part of a National Museum of Asian Art Freer and Sackler staff

The Smithsonian Institution’s Freer Gallery of Art and Arthur M. Sackler Gallery in Washington, DC say that they will henceforth be known as the National Museum of Asian Art in a “rebranding” that emphasises the focus of their collections.

Previously, the museums promoted the identity of “the Freer/Sackler” in promotional material. A spokeswoman for the institutions denied today that the rebranding was related to protests over the Sackler family’s ties to the drug OxyContin and the opioid addiction crisis in the US. “It is specifically to clarify the visitor experience as surveys showed confusion regarding the museums' content,” she said. Arthur M. Sackler's name remains on the building.

Lori Duggan Gold, the museums’ deputy director for operations and external affairs, said that their individual names would remain intact despite the adoption of the new moniker.

“The new tagline National Museum of Asian Art helps clarify to visitors that they can expect to see Asian art collections during their visit,” she said in a statement, adding, “You’ll find this tagline on our website and on signage as a complement to the Freer Gallery of Art and Arthur M. Sackler Gallery names, but we have not changed either legal name, our official logo or the official museum entrance signs along the perimeter. The two galleries still maintain their separate status and collections.”

The shift toward a unified brand was first reported by The Washington Post.

The two museums already share a board of trustees, a budget and a strategic plan. Gold said that plan now “aims to build upon the strengths of these two complementary galleries to serve as one national museum”.

Because of the family’s bountiful philanthropic gifts, the Sackler name is associated with cultural institutions including the Smithsonian, the Metropolitan Museum of Art and the Guggenheim Museum in New York, museums in London including the Tate, the National Portrait Gallery and the Victoria and Albert Museum, and the Louvre in Paris. A series of protests led by the artist Nan Goldin and the activist group PAIN over the Sacklers’ ties to the drug company Purdue Pharma and the manufacture and marketing of the opioid Oxycontin have unfolded at many of those museums, prompting several to announce that they will no longer accept money from the extended family. In July the Louvre removed the Sackler name from its Sackler Wing of Oriental Antiquities in response to the outcry.

Despite the Freer/Sackler's denials that the rebranding was related to the opioid controversy, Goldin said today that she had little doubt that it influenced the museums' decision. “Public opinion is putting pressure on these institutions,” she said.

The Arthur M. Sackler Gallery opened its doors at the Smithsonian in 1987, five years after the physician Arthur M. Sackler donated around 1,000 works of Asian art and funds to construct a building. Arthur, Raymond and Mortimer Sackler had bought the company that became Purdue Pharma in 1952.

Arthur M. Sackler’s widow, Jillian, has steadily noted that her husband did not benefit from the sale of OxyContin because he died in 1987, well before the addictive painkiller was introduced in 1996, and that his brothers bought out his shares in Purdue Pharma after his death.

Founded in 1923, the Freer Gallery of Art was the Smithsonian’s first art museum and features the Asian art collection of the industrialist Charles Lang Freer.