Stolen in 1982, a large French pastoral tapestry dating to the mid-18th century has been returned to its original home after more than three decades and now hangs in a château in Normandy.

The Art Loss Register, the privately run database of stolen and looted art, spotted the wall hanging in the catalogue of a London auction house in February 2014, but the find has only recently been made public after follow-up investigations. Measuring 4.3m by 2m, it was estimated at £7,000-£9,000. 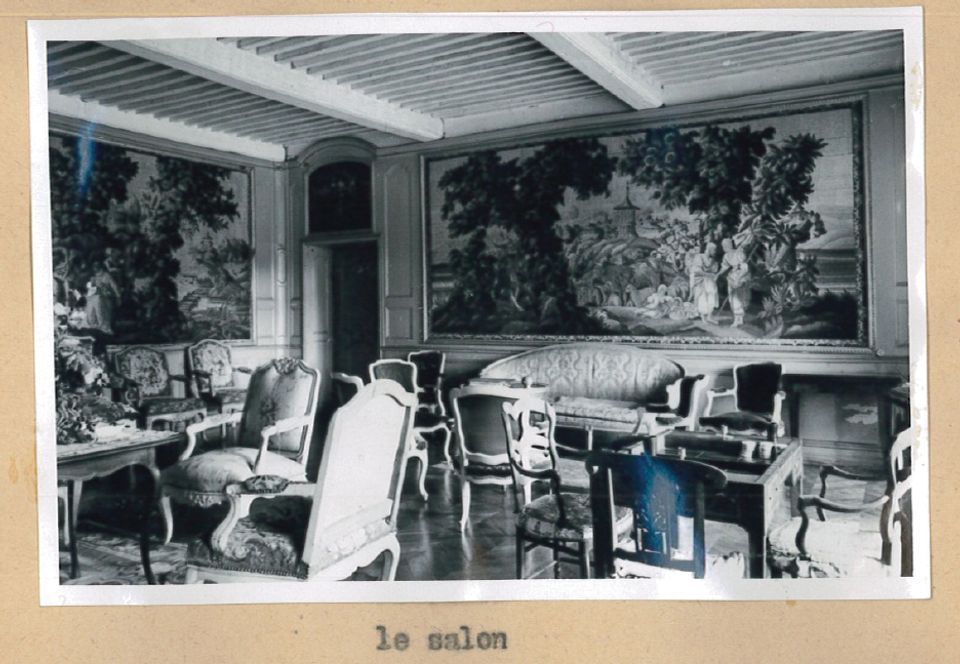 The tapestry in its original salon

The consignor, who had no idea the work had been stolen, bought it at a flea market in Paris in the 1990s. But the government had declared the tapestry a national treasure in 1974, which means the work should have been banned from permanent export. The French police and the ministry of culture confirmed it was the missing tapestry based on faded areas, repairs and damage marks.

The consignor and the original owner have since reached a resolution, and the French police have now closed the case. “This is an example of the fact that, when a work resurfaces, the thieves themselves are often long out of the picture and the art is found in the hands of an innocent third party,” says James Ratcliffe, the director of recoveries at the Art Loss Register.

“It shows how even after decades it is possible for treasures such as this to be returned to their rightful homes,” Ratcliffe says. In 2014, the company retrieved an 18th-century Louis XIV tapestry that was looted from another château in Normandy during the Nazi occupation of France.