Georgian mansion, the Queen’s official residence in Northern Ireland, has reopened to the public 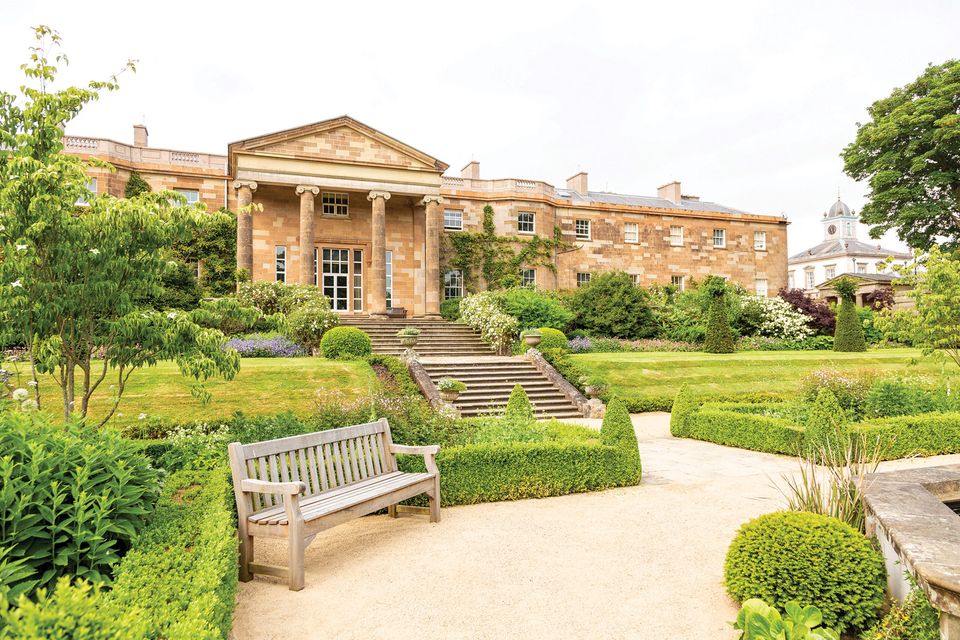 The tall oak doors of Hillsborough Castle, a Georgian mansion in acres of splendid gardens with sweeping views of distant Belfast, have just reopened after a five-year £20m restoration by Historic Royal Palaces, the new guardians of the entire site. Stepping in, visitors will find what could be the entrance hall of any grand country house: antlers over the door, walls double hung with portraits, sofas flanking an imposing marble fireplace.

Yet along with the restored wall and floor surfaces, and the beautiful furniture and paintings acquired or borrowed, there are discreet clues in every room to Hillsborough’s past at the heart of Irish politics—and indiscreet clues in a side hall lined with frequently savage political cartoons.

Hillsborough, never a true castle, remains the official residence in Northern Ireland of the Queen. It was home to half a century of governors following the partition of Ireland in 1921, when rule from Dublin ended. When the post of governor was abolished in 1973 after the establishment of direct rule from London, it became the residence of the secretaries of state for Northern Ireland.

A side table in the hall holds a bronze miniature of Roaring Meg, a cannon fired to defend the city when it held out against Jacobite forces in the Siege of Derry in 1688. That event is still commemorated by the annual Apprentice Boys march celebrating the Protestant victory; it often spilled over into violence in the darkest years of the Troubles.

Among the paintings, including striking loans from the Royal Collection, high on one wall hangs a sweet-faced boy in orange silk, so young that he is still in skirts: William of Orange. More familiar across Ulster in the iconography of countless Protestant wall paintings, Dutch Billy was the victor of the 1690 Battle of the Boyne, which ended Jacobite hopes of a Catholic monarchy. 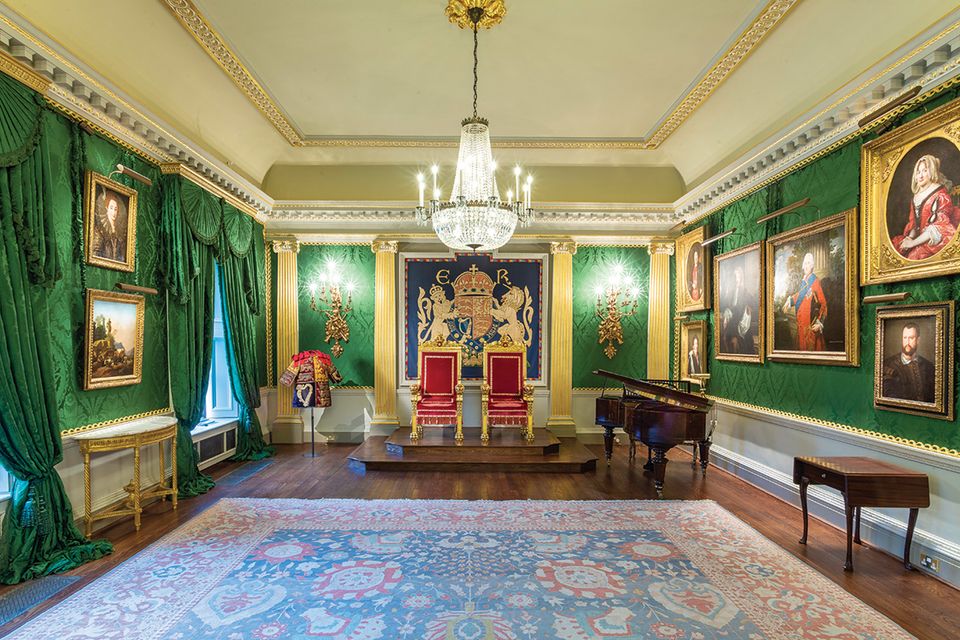 “We felt it might be off-putting to some of our visitors to walk in and immediately be confronted by King Billy on his big white horse,” explains the castle’s curator, Christopher Warleigh-Lack.

A business plan to attract 200,000 visitors a year can only work if thousands of Irish people come from north and south of the border, following in the footsteps of past visitors including royalty, celebrities, pop stars and politicians—among them the US presidents George W. Bush and Bill Clinton.

Hillsborough was built in the 18th century by the Hill family, who had been rewarded with titles and vast estates for military service in Ireland. They renamed the village and later diverted a main road to improve the garden. They produced generations of parliamentarians including Wills Hill, who entertained Benjamin Franklin, a meeting that according to legend went so badly that Franklin flounced off to liberate America. The house was bought by the UK government in 1925 and extensively rebuilt in 1934 after a major fire, variously blamed locally on IRA arson or a cigarette dropped by the estate worker tasked with lowering the flag to mark the funeral of the German president.

The Anglo-Irish Agreement of 1985, signed in the drawing room, was just one of the major political events at Hillsborough. Downstairs, the Queen had a historic first meeting with the Irish president Mary McAleese in the scarlet silk-hung dining room; upstairs, she met the late Sinn Féin leader Martin McGuinness in her private sitting room. The story continues: last year, Prince Charles met the Democratic Unionist Party leader Arlene Foster at Hillsborough as attempts continued to restore the Stormont assembly, Northern Ireland’s devolved legislature, which was suspended in 2017.

If Hillsborough has a ghost it must be Mo Mowlam, who served as prime minister Tony Blair’s Northern Ireland secretary for two years starting in 1997, the first woman in the office. Fearless and outspoken, she was credited as a prime mover in the Good Friday Agreement of 1998, which ushered in a shaky peace.

There are more stories about Mowlam at Hillsborough than about any of her predecessors or successors, from her stepson skateboarding through the state apartments to the long, hot baths she took as an escape from tumultuous politics. Her baths regularly overflowed, and a former caretaker remembers chatting with a towel-wrapped secretary of state as he mopped the floor of the room below. When she died of cancer in 2005 aged 55, some of her ashes were scattered on the grounds. In a future phase of work, Historic Royal Palaces hopes to restore and open to the public her bedroom and the famous bathroom.

Appeared in The Art Newspaper, 312 May 2019
More NewsTopicsMuseums & HeritageConservation & Preservation