After the Met vacates the Breuer building, the Frick will take over with a chronological presentation of masterworks 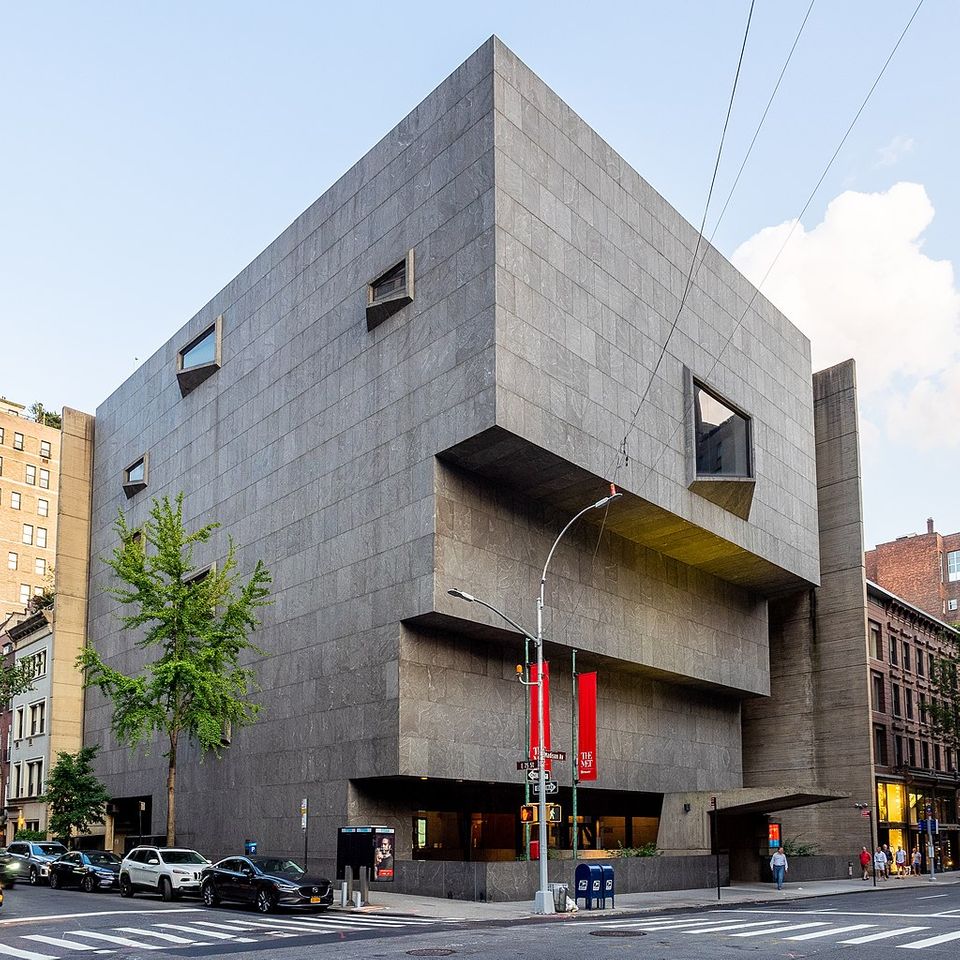 The Frick Collection will take over the Met Breuer building as a temporary exhibition site, renaming it Frick Madison Photo: Ajay Suresh

The Frick Collection announced today that it would reopen to the public in early 2021 in the Marcel Breuer building on Madison Avenue, which has been operated since 2016 as a satellite of the Metropolitan Museum of Art. It did not give a precise date.

The Frick has long planned to use the Modernist Breuer building, which it will redub Frick Madison, as a temporary viewing space for highlights of its permanent collection during the renovation and expansion of its historic buildings on East 70th Street. It plans to break ground on that $160m construction project next year.

For the first time, the Frick plans to display paintings, sculptures and decorative arts from its permanent collection chronologically and by geographic region at the Madison Avenue site. Traditionally, its galleries in the 1914 Frick mansion have mingled works from different periods, according to the tastes of the wealthy industrialist and collector Henry Clay Frick.

Both the Frick and the Met have been closed since mid-March in response to the coronavirus epidemic. The Met has until the end of August to vacate the Breuer building, which is the former home of the Whitney Museum of American Art and is still owned by that museum, operating as a landlord.

The Met has announced plans to reopen its flagship building on Fifth Avenue on 29 August, while emphasising that the date is contingent on city and state approvals related to the coronavirus. New York City entered Phase 4 of its gradual reopening today, but the state adjusted the rules to exclude museums and movie theaters from the sanctioned list.

The presentation of Frick Collection highlights at the Madison Avenue building, which is expected to continue through 2022, will be overseen by Xavier F. Salomon, deputy director and chief curator, and the curator Aimee Ng, the museum says. Renowned masterworks collected by Frick include paintings by Bellini, Rembrandt, Vermeer, Gainsborough, Goya and Whistler.

“We spent a lot of time thinking about the different ways we could present the works, and what was for us the most interesting was to present it chronologically and by culture, where we can really see how the collection stands up,” says Ian Wardropper, the director of the Frick. “It will be like a laboratory for us to try things out that we haven’t done before.”

He notes that the starkly Modernist 1966 Breuer building has its own personality, utterly different from the opulent Frick mansion. “We’ve learned that you can’t fight Brutalism—you have to work with it,” he says. “What we’re essentially doing is stripping away the background of a Gilded Age mansion and allowing the paintings and sculptures and decorative arts to speak for themselves.”

Staff offices and resources of the Frick Art Reference Library will also relocate to the Madison Avenue location, although Wardropper says that the need for social distancing amid the pandemic may result in staggered schedules and some employees continuing to work remotely.

Depending on restrictions set by New York State, the museum will also limit the number of visitors who can be present at a given time. Wardropper notes that many US museums are currently planning on a target of 25% of normal capacity. The Frick is also introducing a cellphone app that visitors can use for audio tours without risking the potential contagion associated with rented devices.

The reopening of the museum at East 70th Street is currently targeted for mid-2023, he says. The renovation and expansion will create new gallery spaces on the second floor of the mansion, which was not previously open to visitors, an education center, a state-of-the-art auditorium and new conservation studios while also upgrading visitor amenities. It is the museum’s first comprehensive renovation in 85 years.

The Frick plans to revert to its traditional mode of presentation when the art returns to East 70th Street, Wardropper says, recreating “beloved” galleries of Old Master paintings and other objects.

The director says that the museum is drawing closer to its fund-raising target for the capital project each month but did not specify a figure. He said he had been gratified to see contributions flow in even amid the coronavirus crisis.

“It will be a glorious and triumphal return,” he says of the East 70th Street reopening, “and a renewed opportunity for us to show more of the collection.”