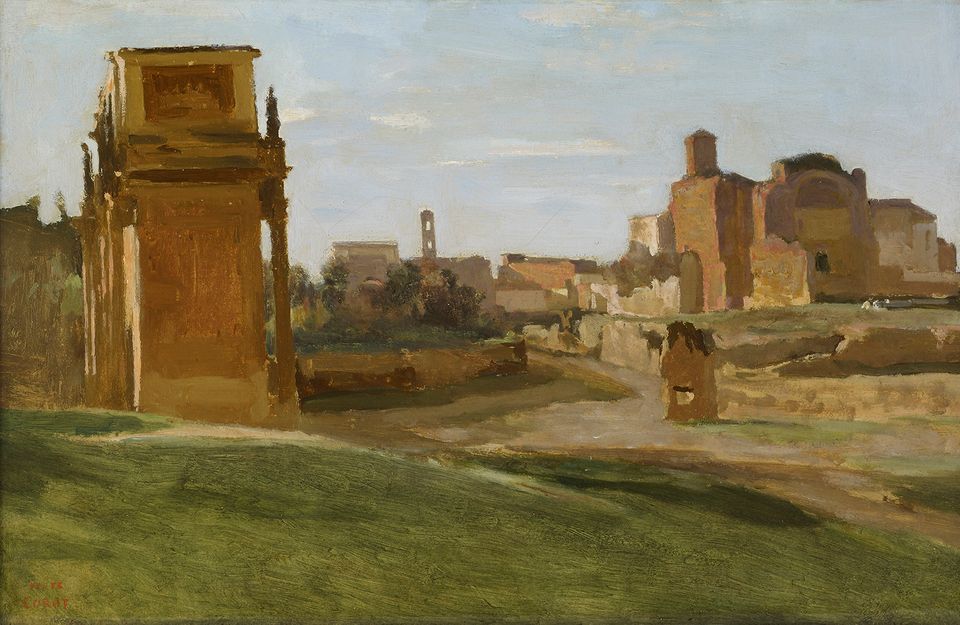 Jean-Baptiste-Camille Corot's The Arch of Constantine and the Forum, Rome (1843) is among the works heading to Puerto Rico Photo: Michael Bodycomb, courtesy the Frick Collection, New York

The Frick Collection in New York is sending ten works to Puerto Rico this month, including pieces by Albrecht Dürer, Claude Lorrain, Eugène Delacroix and John Constable. The oil sketches and watercolours are due to go on display at the Museo de Arte de Ponce (17 March-6 August) in an exhibition that marks a return to normality after Hurricane Maria hit the island in September, says Helena Gómez de Córdoba, the show’s co-ordinator.

The exhibition Small Treasures from the Frick (17 March-6 August) was postponed from its original November opening due to the category five hurricane. It includes ten small-format works on paper from the 16th to 19th centuries, including oil sketches and watercolours, by European masters such as Albrecht Dürer, Claude Lorrain and Eugène Delacroix, and follows the Ponce museum’s exceptional loan to the Frick of its star attraction, Frederic Leighton’s Flaming June (1895), in 2015.

De Córdoba has singled out two works in the show, plein air cloud sketches by John Constable (around 1882)—which the artist called “skying”—for educational programming around outdoor sketching. An education space set up in the gallery will display a reproduction of Constable’s sketching box, as well as a video of the sky recorded by the museum from its roof, to be projected and used for gallery sketching.

Though the museum’s power was restored in late October, there were many other logistical factors that De Cordóba says the museum had not initially taken into consideration—for instance, where to house the couriers bringing the works, when hotels were closed. Now members of the Frick’s staff, including the senior curator, Susan Galassi, who worked with Gómez on Small Treasures, are expected to attend the exhibition’s opening event on 16 March.

Alejandra Peña Gutiérrez, the director of the Ponce, says the fact that the Frick has sent the loans it promised “will give people reassurance that things can get back to normal, little by little”.