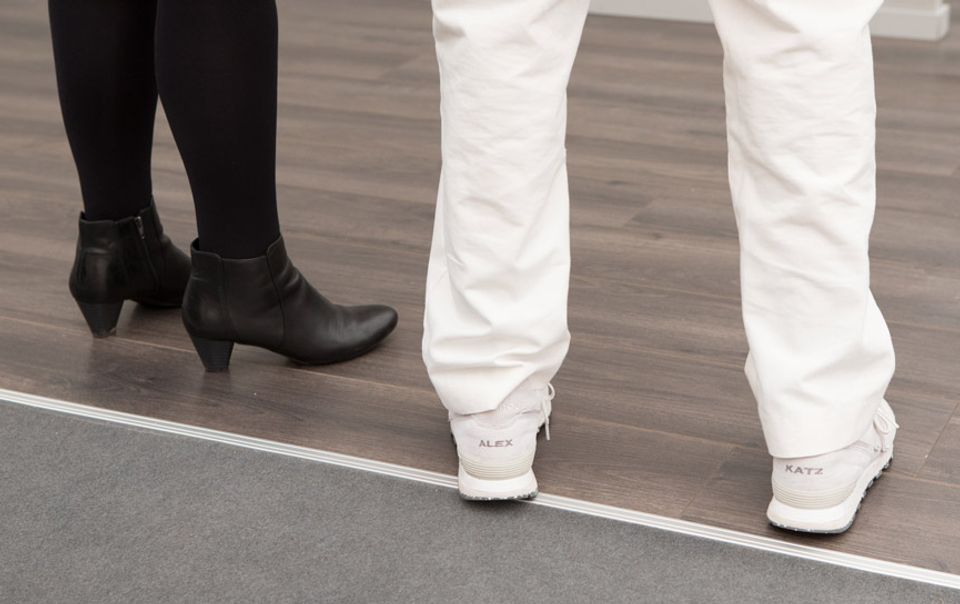 In town for his solo exhibition at Timothy Taylor Gallery, the sprightly veteran painter Alex Katz also took time to show The Art Newspaper some of his Frieze Masters highlights. Always partial to a good sport shoe, this time the perennially dapper Mr Katz was seen rocking the fair aisles in a pair of pristine white trainers customised with his name. These, he revealed, had been given to him for his 90th—yes, 90th—birthday last week by the dealer Thaddaeus Ropac. Katz’s three gallerists—Ropac, Gavin Brown and Timothy Taylor—all hosted the artist’s birthday party at New York’s Odeon Restaurant, where the unbelievably energetic nonagenarian was making merry well into the night. No doubt his choice of footwear helped. 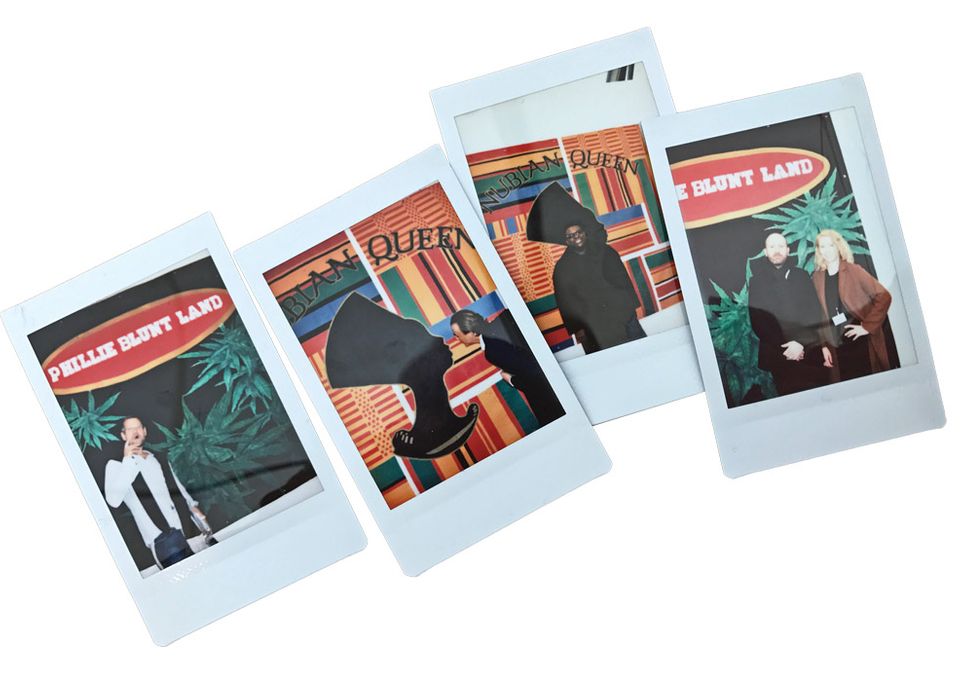 Photographic history is in the making on Metro Pictures’ stand at Frieze London. In 1993, the artist Gary Simmons hung paintings at Harlem’s Rucker Park basketball courts and at the African Street Festival in Brooklyn. (One of the works, Phillie Blunt Land [1993], shows a selection of florid marijuana leaves.) Members of the public posed against the beautiful backdrops—and now fairgoers are doing the same thing at the New York gallery’s booth. Art-world luminaries such as the artist Isaac Julien and the dealer Kenny Schachter have been snapped looking resplendent against Simmons’s paintings. (A few correspondents for The Art Newspaper also got into the frame.) 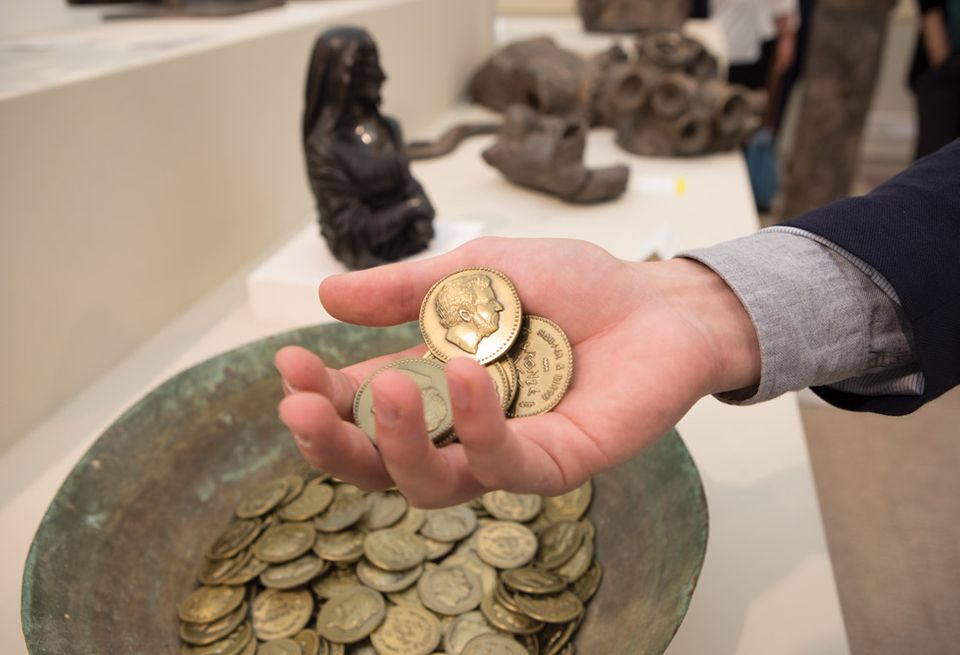 Fairgoers are coining it at Hauser & Wirth’s “museum” David Owens

Hauser & Wirth’s unconventional stand has been drawing the crowds with its tongue-in-cheek presentation of a run-down regional museum. Devoted to bronze objects both ancient and modern, the display was developed in close collaboration with the eminent classics professor Mary Beard. Its authentically institutional feel extends to a fully functioning gift shop offering branded merchandise in exchange for a suggested donation to the museums that have lent artefacts. Especially popular are the wonky reproduction Roman coins, which can be acquired for £4 apiece. On one side, they commemorate the gallery and the stand’s title—Bronze Age c.3500BC-2017—in suitably archaic script. On the other, they bear the noble profile of none other than Iwan, the reigning emperor of Hauser & Wirth, who, although sporting his familiar beard and spectacles, has been rendered with a specially enhanced Roman nose. 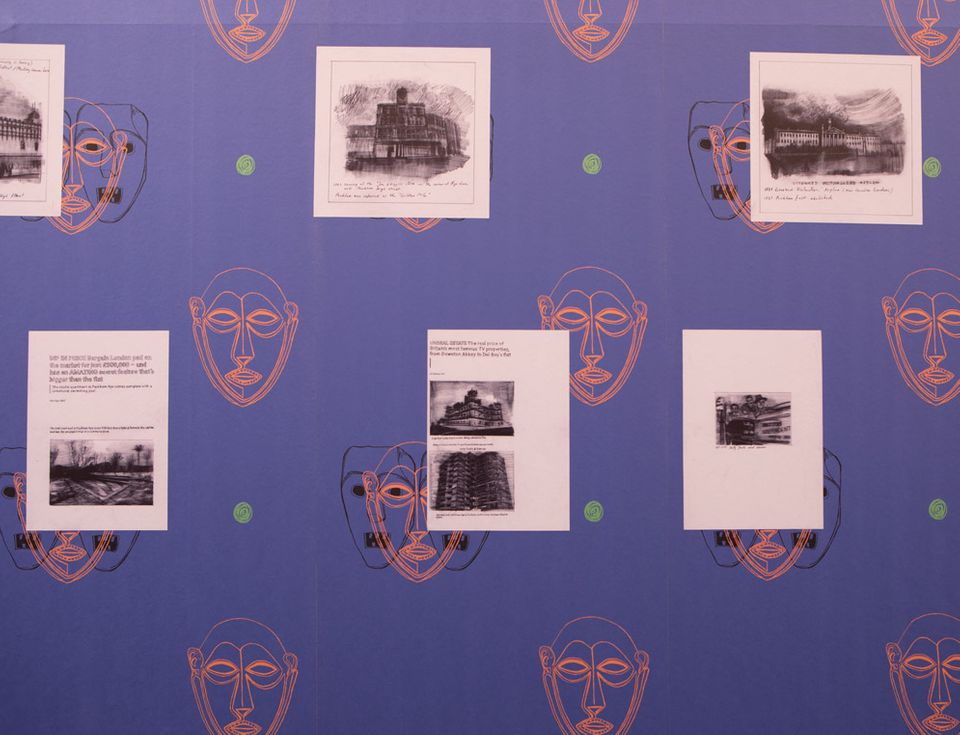 Visitors streaming into Frieze London may spot a series of quirky monochrome drawings by the Swiss artist Marc Bauer at the entrance. The Frieze Projects piece stems from a series of workshops with Peckham Platform, a south London-based charity. Bauer developed the drawings in collaboration with a group of teenagers from the area, giving his very individual take on how the low-key London neighbourhood is turning into a gentrified hotspot. Some of the works touch upon people and places dear to the heart of all Brits, such as Poundland. One piece lists the prices of famous TV properties, pointing out that Highclere Castle from Downton Abbey is worth £72m, while the Trotters’ flat in Only Fools and Horses apparently comes in at £330,000. Whenever you mention Peckham, people always talk about Del Boy, Bauer quips. 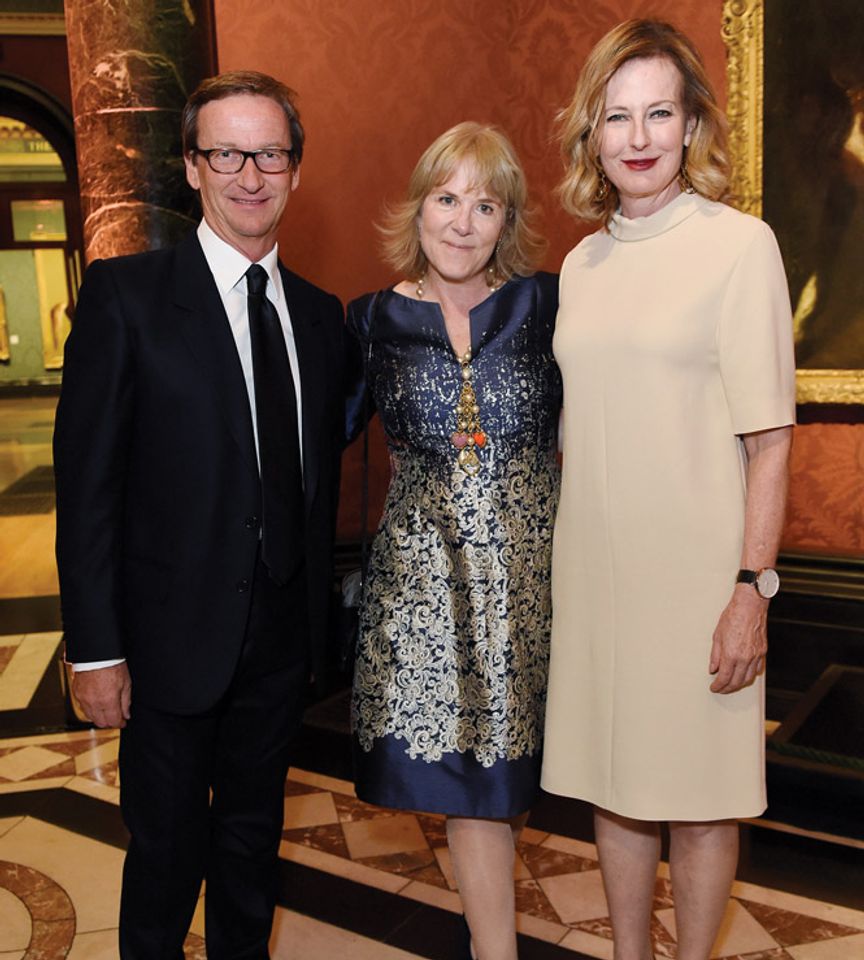 It’s only six months since he opened his London gallery, but Thaddaeus Ropac has already been welcomed into the bosom of the British art world. Earlier this week, he partnered with the National Gallery to host a gallery dinner after the Frieze Masters VIP event, Unexpected View, which offered an exclusive tour of the museum’s historical collections with five contemporary artists: Phyllida Barlow, Pablo Bronstein, Michael Craig-Martin, Mark Wallinger and Robert Longo. The dinner was the brainchild of Julia Peyton-Jones, the former Serpentine director who joined Ropac’s gallery as senior global director in June. For Peyton-Jones, it seemed an obvious union. “Thaddaeus has a long history of working with historical artists, and the National Gallery has been a bit under the radar in the contemporary world,” she says. With plans to make the gathering a regular Frieze-week fixture, this cross-sector marriage seems set to be a happy one.