From artists and art organisations, reading lists to confront racism and injustice

We gather some creative educational resources for readers 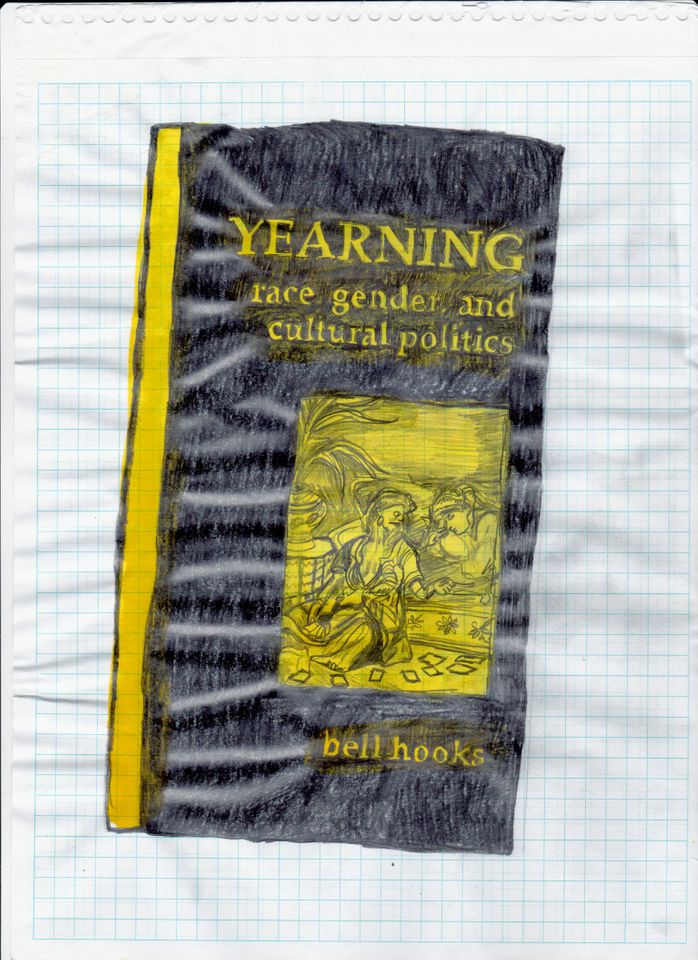 Reading lists of books and essays that confront systemic injustice have become some of the most widely shared resources for those looking to support the efforts of Black Lives Matter activists by educating themselves, and their families, about the history of racism in the US. This week, the Smithsonian National Museum of African American History and Culture launched a new online portal to expand the nation’s conversation about race with suggested texts and videos, while other institutions, including the Walker Art Center in Minneapolis and Tate in London have previously published reading lists compiled by artists and curators. And many artists have worked to expose and unravel racist systems through their art. We have gathered some creative resources below for our readers, and will be adding to it as recommendations come in.

In 2015, the interdisciplinary film-maker and artist Cauleen Smith started creating a series of drawings of books that have influenced and inspired her, and offered such knowledge as a path to resistance. “In addition to gas masks and kevlar jackets, and smart phone video, we require inoculations that repel the seductions of corporate servitude. I offer this as an action: STUDY. Deep and active study. Supplemented with CONVERSATION engaged in with the intention of producing RESISTANCE.” The series HUMAN_3.0 READING LIST grew to include 57 hand-drawn book covers and lists and was shown at the Art Institute of Chicago in 2017. Last year, Smith expanded the series with BLK FMNNST Loaner Library 1989-2019, 32 additional drawings of books that focus on feminism, creativity and nurturing, and liberation, a centerpiece of her exhibition at Mass MoCA.

In the late 1980s, Howardena Pindell began researching the demographics of artists represented in New York museums and commercial galleries, and the MCA Chicago republished the artist’s findings as part of its lauded 2018 retrospective of Pindell’s work. “Over 50% of the citizens of New York are people of color: Asian, Black, Hispanic and Native American. More than two thirds of the world’s citizens are people of color. I am an artist. I am not a so-called ‘minority,’ ‘new,’ or ‘emerging’ or ‘a new audience,’” Pindell wrote in her 1987 report of her research, presented at the Agendas for Survival Conference at Hunter College in New York. “These are all terms used to demean, limit and make us appear to be powerless. We must evolve a new language which empowers us and does not cause us to participate in our own disenfranchisement.”

“Do you see yourself reflected in art history and the stories the gallery tells? Have you ever thought about the stories that might be missing?” The interdisciplinary artist collective Thick/er Black Lines (initiated by Rianna Jade Parker, Aurella Yussuf, Hudda Khaireh and Kariima Ali), selected a number of books and essays about the narratives and experiences that have long been ignored by institutions. Among their picks is Susan Cahan’s Mounting Frustration: The Art Museum In The Age Of Black Power, which the collective says is “the result of ten years of investigative work on New York City’s major museums and their early attempts to grapple with the civil rights movement and African American art.”

The scholar and historian Adrienne Childs compiled a comprehensive bibliography of publications focusing on the history of African American art for Oxford University Press. (The site requires a subscription for full access, but readers can login through certain universities, or with a library card number, including from the New York Public Library.) The list includes exhibition catalogues and survey texts, “an important tool for gathering and documenting the histories of African American art and artists lost, invalidated, and underappreciated,” Childs writes. “In spite of varying viewpoints and challenges to the delineation of the field along racial lines, the study of African American art has remained a viable mode of inquiry, in large part because of a lack of attention to black artist from mainstream histories of art.”

Just before Donald Trump’s inauguration as US President in January 2017, the Walker Art Center asked artists, writers, curators and staff members: “How do we prepare for the uncertain future we’re facing?” An avalanche of recommended reading, listening and viewing poured forth, from Tania Bruguera’s choice of Hannah Arendt’s Crises of the Republic: Lying in Politics; Civil Disobedience; On Violence; Thoughts on Politics and Revolution, to Adrienne Edwards sharing an excerpt from Zora Neale Hurston’s still relevant 1945 essay Crazy for This Democracy: “Why this sentimental over-simplification… I have been made to believe in this democracy thing, and I am all for tasting this democracy out. The flavor must be good. If the Occident is so intent in keeping the taste out of darker mouths that it spends all those billions and expends all those millions of lives… to keep it among themselves, then it must be something good. I crave to sample this gorgeous thing.”

Digital Resources for a Movement Against Police Violence, Rhizome

In its message of support of Black Lives Matter and the movement against police violence, the digital arts organisation Rhizome has collected resources for activists and protestors. “In times of public protest, digital tools and practices can play an instrumental role: as witness to abuse of power, as a tool for organizing street demonstration, as advocacy and fundraising platform, and as repository for the community memory that allows movements to grow and evolve over years,” Rhizome writes. “At the same time, these technologies and practices can cause harm and facilitate surveillance and oppression.” Among the recommended reading is On Mass Demonstrations by John Berger and Electronic Civil Disobedience by Critical Art Ensemble.