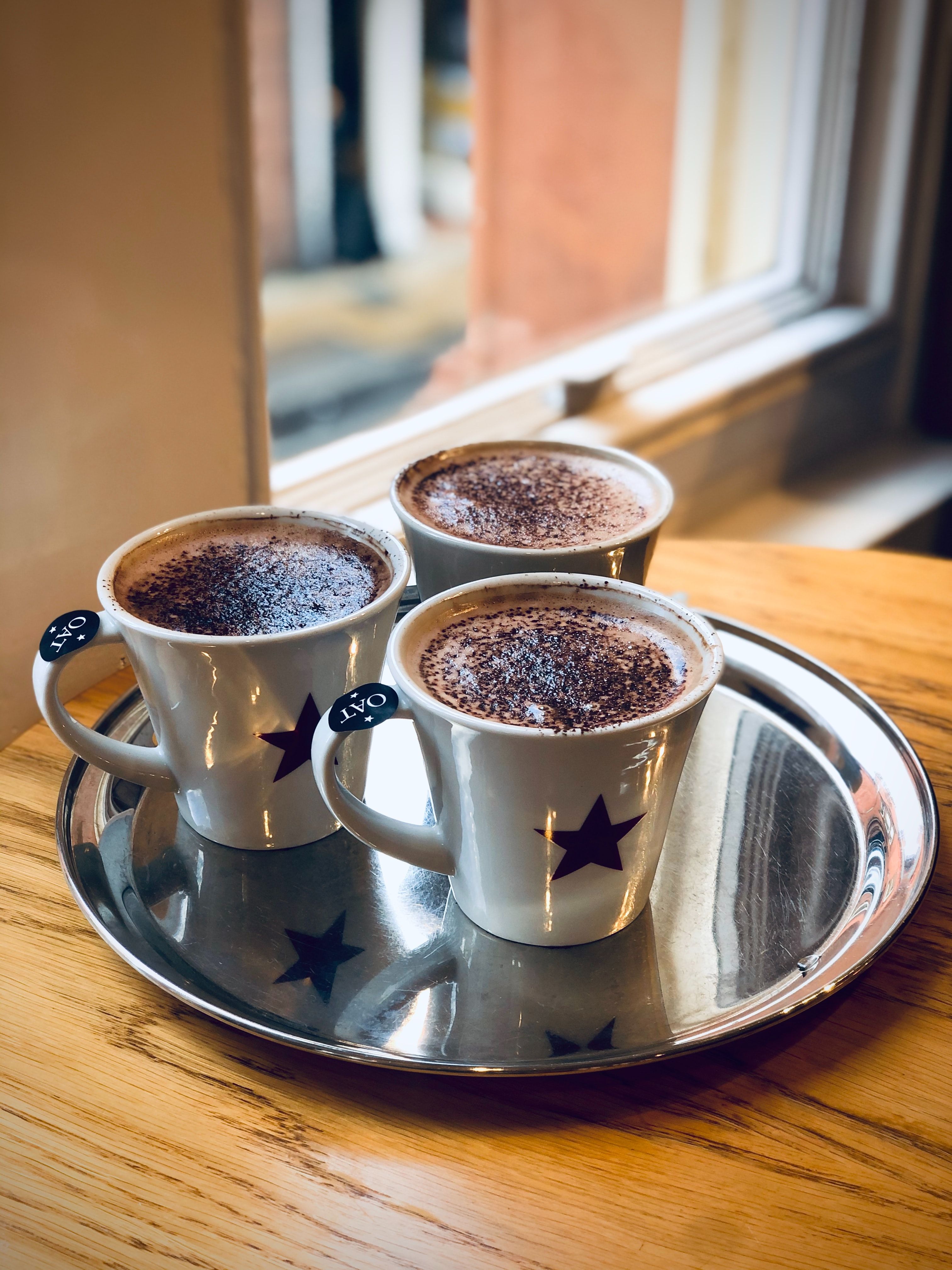 By setting up a gallery in a former Pret a Manger, Lévy Gorvy is one of numerous arts organisations to be taking advantage of empty commercial spaces in city centres during the pandemic Via unsplash

As businesses close and office workers retreat from city centres, vacant commercial premises across London and beyond are being repurposed as galleries and artist studios.

Lévy Gorvy, which has a first floor space on Old Bond Street, opened a street level gallery in a former Pret a Manger shop on Albermarle Street in Mayfair on 2 October (the sandwich chain is permanently closing 30 shops across the UK due to the pandemic). The compact gallery currently houses just one work on its main wall: a nine-metre-long landscape painting by the Chinese artist Tu Hongtao, which sold to Liu Yiqian and Wang Wei, the owners of Shanghai’s Long Museum, within a week of opening. Prices for Tu’s work range from $150,000 to $500,000.

“When times are difficult, people get creative,” says Victoria Gelfand-Magalhaes, Lévy Gorvy’s president in Europe, who took to the streets of Mayfair armed with a tape measure when she discovered Tu’s painting was too big to be installed properly in the gallery’s first floor space.

By sheer fluke, Gelfand-Magalhaes discovered the former Pret was the perfect fit. Within seven days, the London architect Gabriel Chipperfield had converted the space, restoring the huge windows running the length of the premises, installing gallery standard lighting and pouring a concrete floor. “He transformed this beast into a beauty at supersonic speed,” Gelfand-Magalhaes says. 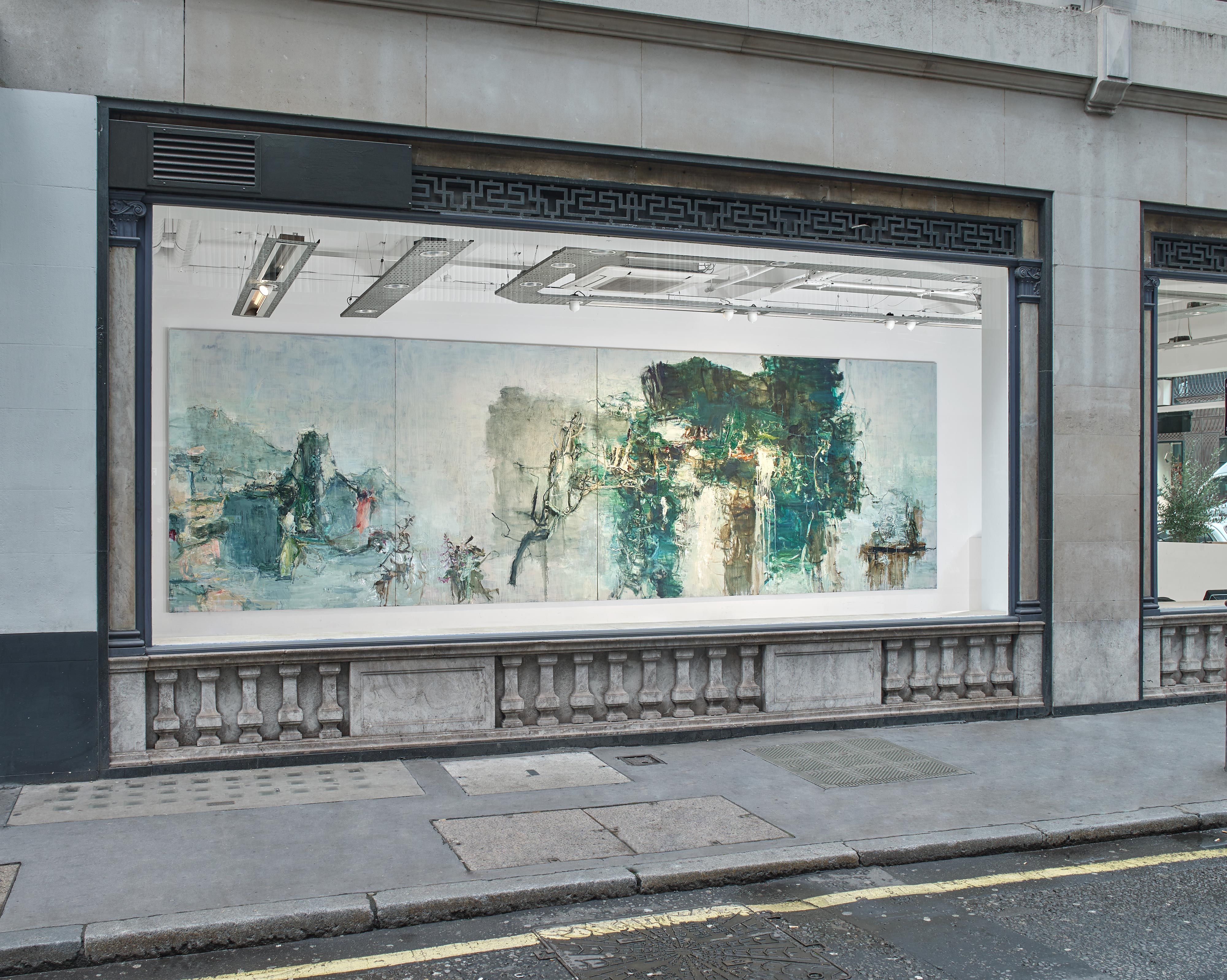 In equally short time, the painting attracted offers from three collectors, one of whom had seen the work in person. “It’s been a wonderful experience, because for the first time we’ve had people walking in from the street,” Gelfand-Magalhaes says.

The gallery’s lease was initially due to expire in January, but the venture has been such a success, Lévy Gorvy is currently renegotiating a longer term. “We are hoping to programme this little space into something more permanent,” Gelfand-Magalhaes says. “It’s a space that allows the flexibility of showing one art work, or a dialogue between two artists. We are going to keep it fresh and exciting and turn things around quickly.” Works by Günther Uecker are due to go on show next, followed by an exhibition by Michelangelo Pistoletto, to coincide with exhibitions in Paris and New York, respectively. 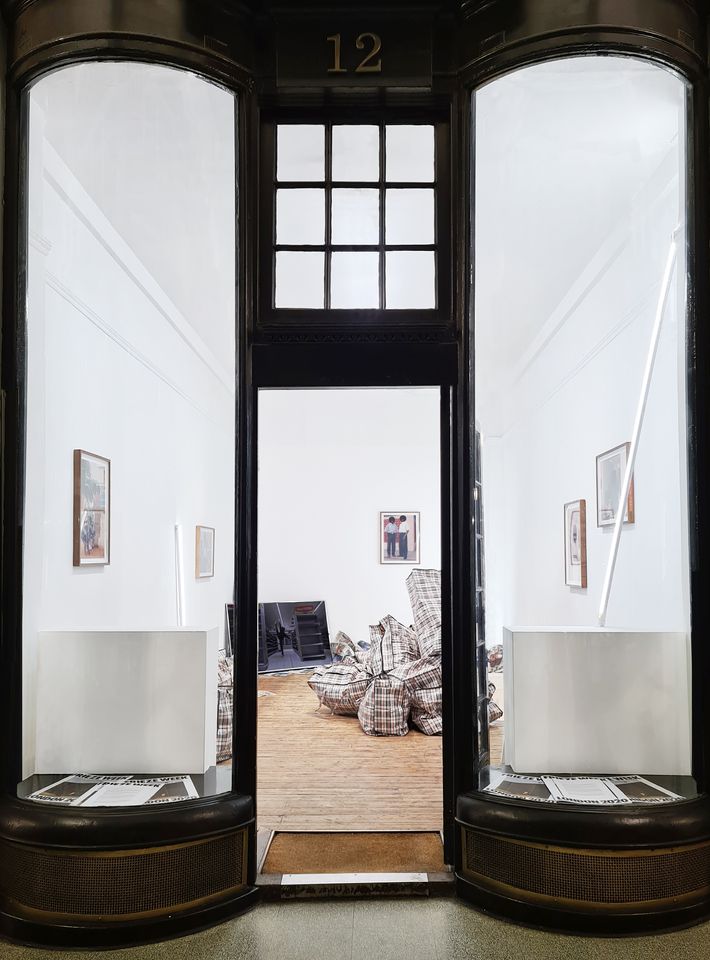 As happened after the 2008 global financial crisis, galleries and exhibitions have been popping up in disused properties elsewhere in London, where, since March, more than a million sq.ft of prime office space has been given up.

Copperfield, based in southeast London, launched an exhibition by the British artist Larry Achiampong in a former shop at 12 Piccadilly Arcade for Frieze Week. Yesterday, the show was extended “until further notice”.

Gallery founder William Lunn says the space—“part of a historic luxury shopping arcade that, while beautiful, had the spoils of past empire written all over it”—was transformed in just four days. “A lot of work but the right size for the project,” he says.

On show is Achiampong’s film, Beyond the Substrata, shot in an empty supermarket in Leyton in East London. Alongside are half a dozen of Achiampong’s prints from his Speckle series, sourced from his extended Ghanaian family photo albums (prices range from £3,000-£20,000). The Tate has acquired six prints from this and earlier series via the Tate Frieze Fund. Achiampong’s work is also online as part of Frieze art fair’s Focus section (until 16 October).

Lunn says: “This felt like the perfect space to maximise the impact of that work by creating the most contrast between the decadence of the arcade as a whole, the very different space we have created within it, and the places and perspectives that Larry’s work transports you to.”

Downstairs, at 12 Piccadilly Arcade, Copperfield is hosting a group show, which has also been extended indefinitely. Beyond this, he says he is “toying with keeping the space a while longer […] as it has been refreshing to work in a new space and engage different audiences”.

Soho’s Southard Reid and Project Native Informant, based in Bethnal Green, have temporarily taken up residence on Charing Cross Road, the latter in the former Soho Recovery Centre. Jeremy Parker, the director of Project Native Informant, says: “Due to Covid-19 and the subsequent government restrictions, they are no longer able to hold their meetings in such large groups so have had to move out of the space until it is safe to return.”

In the meantime, the gallery is paying rent and utilities to the recovery centre’s landlord. “Hopefully it is a solution that helps both parties in these difficult times,” Parker says. “We also built the gallery specifically to accommodate their stuff so that they are able to return as soon as they can. Fingers crossed things will have improved by the time we vacate the space at the end of December.”

The current group show runs until 7 November, followed by a solo exhibition by the French artist Clémentine Bruno (until 17 December). Other galleries have popped up in existing art spaces, including Rome’s Lorcan O’Neill, which is exhibiting in a building on Hay Hill, usually occupied by Galerie Kreo. Meanwhile, Lisson Gallery and Sadie Coles have temporarily taken spaces on Cork Street. Louise Hayward, a senior director at Lisson, says the gallery has committed to Cork Street until March, “which gives us time to present a variety of different shows”. An exhibition of a single historic work by Cory Arcangel will open on 10 November.

While there have been some big ticket sales above the $2m mark, it is not clear whether Lisson will extend its lease. “It’s hard to say what our priorities will be next March, but opening this autumn, during such an uncertain time for the arts in the UK, just felt right,” Hayward says.

In Derby, where one in three shops currently stand empty, a £4.5m plan to convert empty commercial premises into studios for artists and designers is already underway. The local council is consulting with Creative Space Management, which oversaw the regeneration of parts of Hull beginning in 2009 and 2010. Semi-derelict areas were converted into creative spaces including sculpture and jewellery workshops and galleries, contributing to Hull gaining UK City of Culture status in 2017.

Could London adopt such a plan? A spokeswoman for Mayor Sadiq Khan tells The Art Newspaper that Khan is currently looking at how spaces across the capital “could be put to a range of alternative uses”. She says: “Empty premises in London do offer potential for the creative sector to use as galleries or artist studios. Our creative and cultural industries make a significant contribution to the capital and will play a vital role in our economic and social recovery from the pandemic.”

However, for smaller cultural businesses to survive and thrive, in London and elsewhere, a reduction in commercial rent and a flexible approach from landlords and their mortgage lenders will be crucial. As Gelfand-Magalhaes says: “For such a long time, there has been an exodus of creatives out of central London because of expensive rents. That energy is key for our city, it would be wonderful if it comes back.”