Scottish university claims Benin bronze bought for £750 is worth £500,000—but is that now really the case? 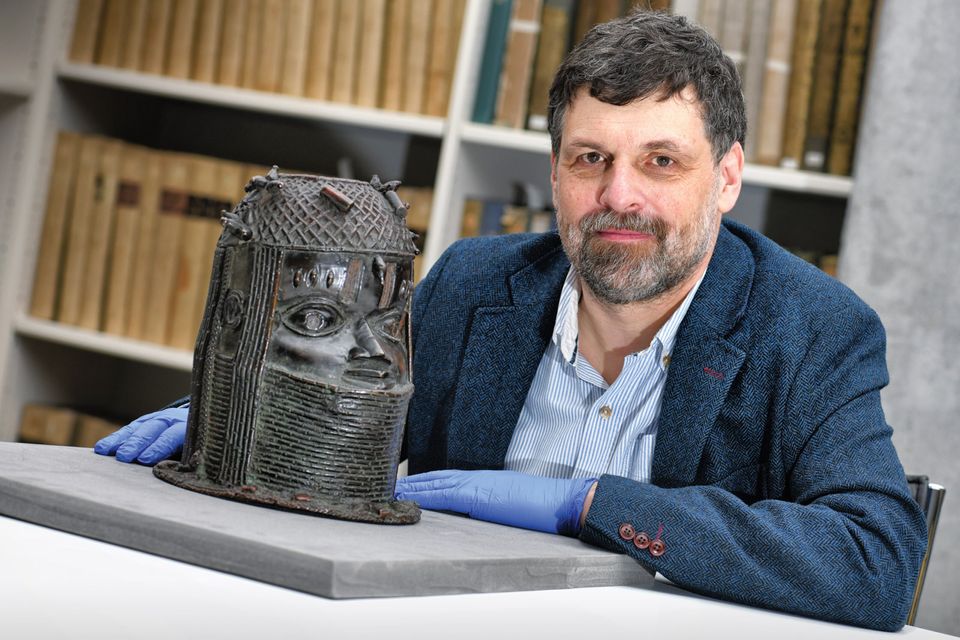 Aberdeen University’s Benin bronze, which is being restituted to Nigeria, was bought at Sotheby’s in 1957 for £750. A paper prepared for the university’s governing body, released to The Art Newspaper under the Freedom of Information Act, now values it at £500,000. The late-18th century head of an oba (king) had been looted by British troops in 1897.

A university statement on 25 March recorded that Head of an Oba had been acquired in Benin “in a way that we now consider to have been extremely immoral”. By the 1920s it was owned by Sydney Burney, a London dealer. A later owner was H.B. Bell-Syer, who sold it in 1957.

This important Benin bronze has not been on show at the university’s anthropological museum since 1979, other than for a few months in 2003-04. No research has been conducted on it until the recent investigation, and its benefit to the Aberdeen museum has therefore been minimal.

Ownership of Head of an Oba will soon be transferred to the Federal Republic of Nigeria. Although Ewuare II, the current oba, supports the restitution, it is significant that legally the bronze is being returned to the federal government—an important precedent. Although other European and North American museums are considering restitution, Aberdeen University is the first to make a firm commitment.

The university will return Head of an Oba unconditionally. The university’s governing body was advised that “any conditions being placed on the return would perpetuate the same imbalance of power seen in the original looting and be an illogical consequence of recognising the item as having been looted”.

This position on unconditional return may cause difficulties for the British Museum, which has by far the most important UK collection of Benin bronzes. The museum has resisted restitution, partly on the grounds that it is legally unable to deaccession items in its collection, although it has left the door open on possible loans.

The Lagos government is expected to deposit the bronze at the planned Edo Museum of West African Art in Benin City, which is scheduled to open in 2025.

Although Aberdeen University says Head of an Oba is worth £500,000, it is questionable whether Benin Bronzes now have such a high financial value. If a major auction house put one up for sale, there would be immediate calls for its restitution. Museums would not want to acquire it and most private collectors would shun an item with a questionable resale value.