From Siberia with love 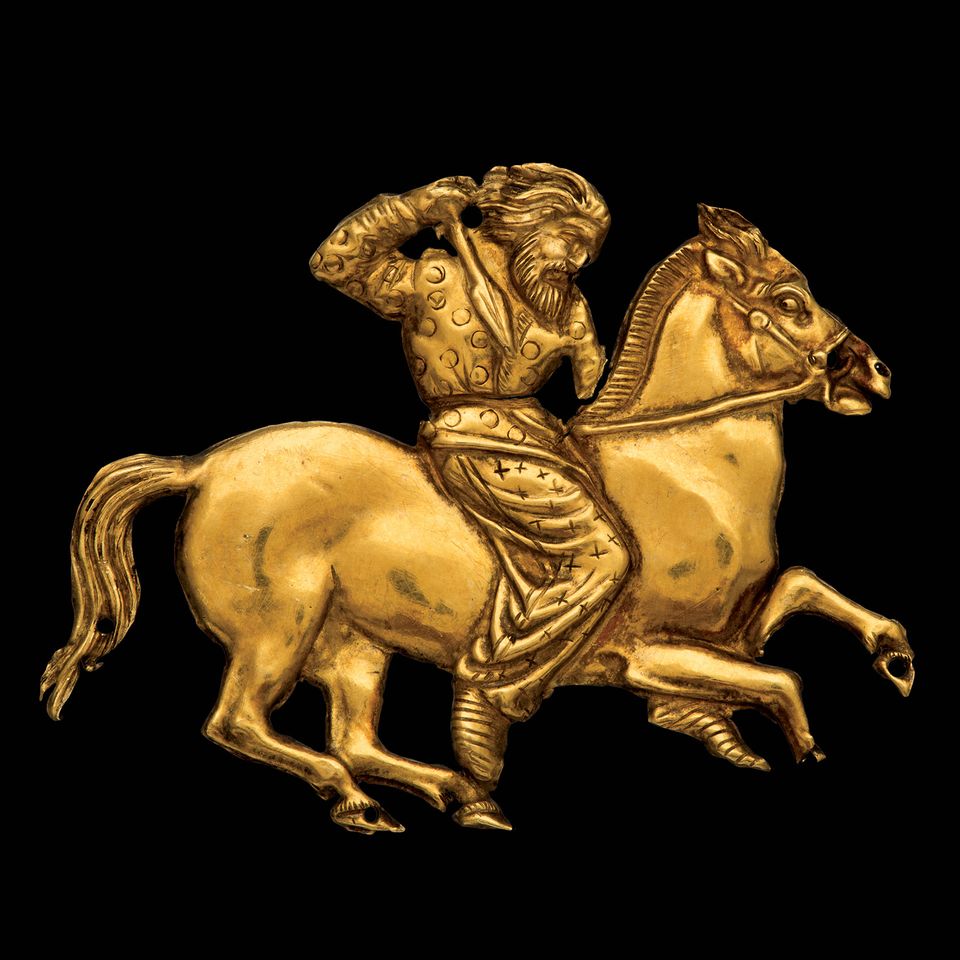 A gold plaque depicting a Scythian rider with a spear in his right hand (second half of the fourth century BC) courtesy of the State Hermitage Museum; photo: © V Terebenin

For an ancient civilisation that left no written records, we know a surprising amount about the Scythians. These nomadic people from Siberia inhabited a vast swathe of land from the edge of northern China to the northern Black Sea—an expanse that was twice the size of the mighty Persian Empire—from 900BC to 200BC. Much of what we know about the Scythians has been gleaned from ancient sources, including the Greek historian Herodotus, and from items deposited in their tombs—their only lasting monuments—in southern Siberia’s Altai mountains. The region’s frozen soil has preserved a remarkable array of relics, including perishable ones such as rugs, human remains and even lumps of cheese.

In the first major exhibition on the Scythians in London in 40 years, the British Museum is showing around 200 artefacts, including loans from the State Hermitage Museum in St Petersburg, where the great nomadic power has been high on the research agenda for the past 200 years, according to the Russian museum’s director, Mikhail Piotrovsky. These artefacts are normally held in several departments at the Hermitage, but the British Museum unites them “to tell the story of the Scythians from their own masterpieces”, says the exhibition’s curator, St John Simpson, from the museum’s Ancient Iran and Arabia department. Most people identify with ancient civilisations of the Middle East and the Mediterranean as “they are the ones in our DNA”, he says. “We’re bringing evidence of an alternative economy, a parallel existence of the ancient world that has left no written record of its own.”

The exhibition opens with Russia’s Peter the Great (1672-1725), who amassed a hoard of Scythian artefacts. The collection is particularly rich in gold plaques with animal motifs. The tsar took a special interest in the excavation of Scythian tombs, issuing edicts ordering that all discoveries be brought to St Petersburg and sentencing tomb raiders to death. He also commissioned art students to create 1:1 scale watercolours of the excavated artefacts. Several of these drawings are exhibited alongside the actual objects.

This is followed by thematic displays, ranging from what the Scythians may have looked like to how they passed their time. We learn that they were fastidious about their appearance, especially when it came to readying the dead for the afterlife. One case contains a late fourth- to early third-century BC false beard found in the tomb of a clean-shaven chieftain, while another houses a tiny bag full of fingernail clippings—probably part of a pre-burial ritual. Many books on the art of tattooing start with the Scythians, as both males and females were adorned with depictions of animals. Among the more macabre exhibits are pieces of heavily tattooed skin from a man’s back, arm and chest. 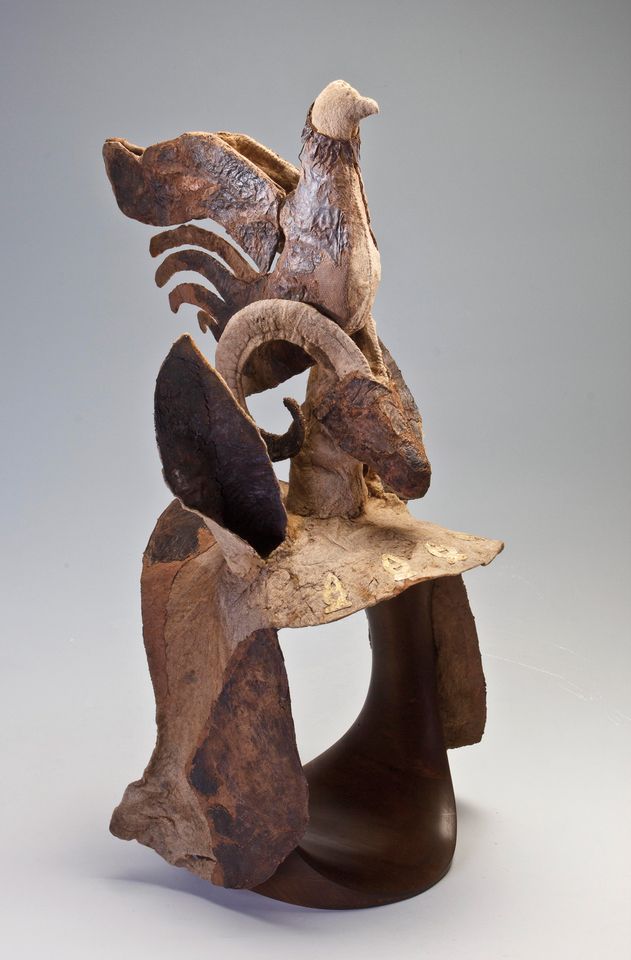 A horse headdress, made of felt, leather and wood courtesy of the State Hermitage Museum; photo: © V Terebenin

We also learn about the Scythians’ taste for smoking cannabis, as recorded by Herodotus, who noted that they “howled with pleasure” while breathing in fumes from hemp seeds. “They also recognised the medicinal effects of cannabis. It was used as a pain reliever,” Simpson says, explaining that elevated levels of copper and hemp were found in the remains of sickly people. Visitors will see an ancient hemp-smoking set, complete with seeds, a brazier and a felt blanket.

A large section is devoted to horses, which were often interred with the corpses, but only after the beasts were appropriately dressed for burial. The permafrost has preserved bridles and halters, as well as saddles.

The exhibition is sponsored by BP.