Matthew Green owes the firm around £3m, according to legal documents filed by the peer-to-peer lender 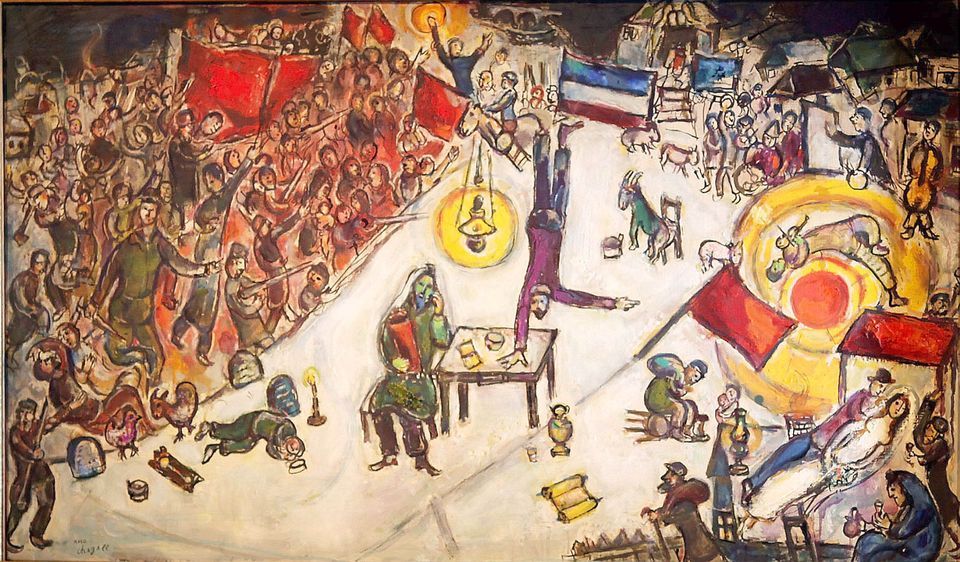 Marc Chagall's La Revolution, one of the paintings allegedly sold by Matthew Green

The British peer-to-peer lending firm Funding Secure, which accepts luxury goods such as art, jewellery and yachts as collateral, collapsed on Wednesday after borrowers, including the London art dealer Matthew Green, failed to repay their loans.

Around £80m-worth of loans have been made available by around 3,500 Funding Secure investors who are now waiting to hear how much of their money will be recovered. Loans worth a total £24m were considered in default in May, while the terms on a further £33m-worth of loans had been extended.

Funding Secure filed a legal case in London against Green in November 2018 accusing the dealer of selling pictures by Pablo Picasso, Marc Chagall and Pierre Bonnard, among others, after he borrowed £2.32m from the firm against the works. But Green failed to repay the loans, allegedly shortchanging around 1,400 investors who each contributed an average of £1,668.

The lending firm is seeking £3m from Green as well as an injunction to prevent him from selling any more works. Green’s barrister Matthew Haynes says he has not been informed that those proceedings have been discontinued or withdrawn since Funding Secure collapsed.

CG & Co, which has been appointed Funding Secure’s administrator, says in a statement on its website: “The company’s difficulties have been documented online and investors are aware that certain loans have not performed in line with expectations, in addition to the issues caused by the fraud-related litigation in which the company has become embroiled.”

That “fraud-related litigation” refers to another case in the US involving Green. In March 2018, the dealer was charged with attempted money laundering after he allegedly tried to sell a Picasso painting to an undercover FBI agent to “clean up” £6.7m. Court documents claim Green conspired with an investment manager at the City stockbroker Beaufort Securities and his relative to sell Picasso’s Personnages (1965). That painting was not used to obtain a loan from Funding Secure.

Green, whose business Mayfair Fine Art was shut down by the Financial Conduct Authority hours before US authorities issued the indictment against Beaufort, denies any allegations of fraud and money laundering. That case is still ongoing. Meanwhile, Green was declared bankrupt in May this year.

Green also denies the claims in the London case. According to the court papers, the dealer is undergoing rehabilitative treatment in Spain for various addictions. “The defendant asserts that whilst in very poor mental health… and whilst [Funding Secure] was aware of the defendant’s vulnerable state he was prevailed upon to borrow sums of money in order to secure trading capital to continue his business. He denies that he acted in any deceitful or dishonest way as alleged,” the papers say. Green was not available for comment.