His trust needs £2.3m to create artists’ studios and a permanent gallery devoted to the 20th-century Australian painter

The UK’s Sidney Nolan Trust has launched a campaign to raise £2.3m to create “an international centre of artistic practice, research and engagement” at the Rodd—the 20th-century Australian artist’s estate, near Presteigne, on the Welsh borders. The plan is to refurbish a series of 17th-century barns on the 260-acre farm to create artists’ studios and a permanent gallery dedicated to Nolan (1917-92), who emigrated to the UK in 1951.

“Nolan wanted to create a place in this special part of the world to inspire artists and allow them to explore,” says the director of the trust, Anthony Plant. He says Nolan was incredibly grateful for the support he received from his fellow artists and wanted to give something back. Nolan donated the barns to the trust before he died in 1992 and the trust has hosted printmaking courses in a small, renovated room in the old barn for years. But they have outgrown that space and the whole barn needs to be re-clad and a have a metal support frame inserted. The plan is to carve out space for artist studios on the ground floor and create a gallery for Nolan’s works on the first floor. The gallery will not only house pieces from the estate’s collection but also works by Nolan that the trust hopes to acquire.

The Rodd already hosts artists’ residencies in a modern grain barn on the property, but this building also requires renovation. Its roof needs to be re-cladded and heating needs to be installed. A nearby 12-bedroom farmhouse also needs upgrading so it can serve as artist accommodation. Plant estimates that these projects will cost around £300,000 of the £2.3m. Recently the Rodd hosted a few ceramicists who sourced the majority of their materials from the land, including the clay. They created works “from soil to pot in a weekend”, Plant says. “We want artists to get involved in the land and regain that connection that we’ve lost over the years.” 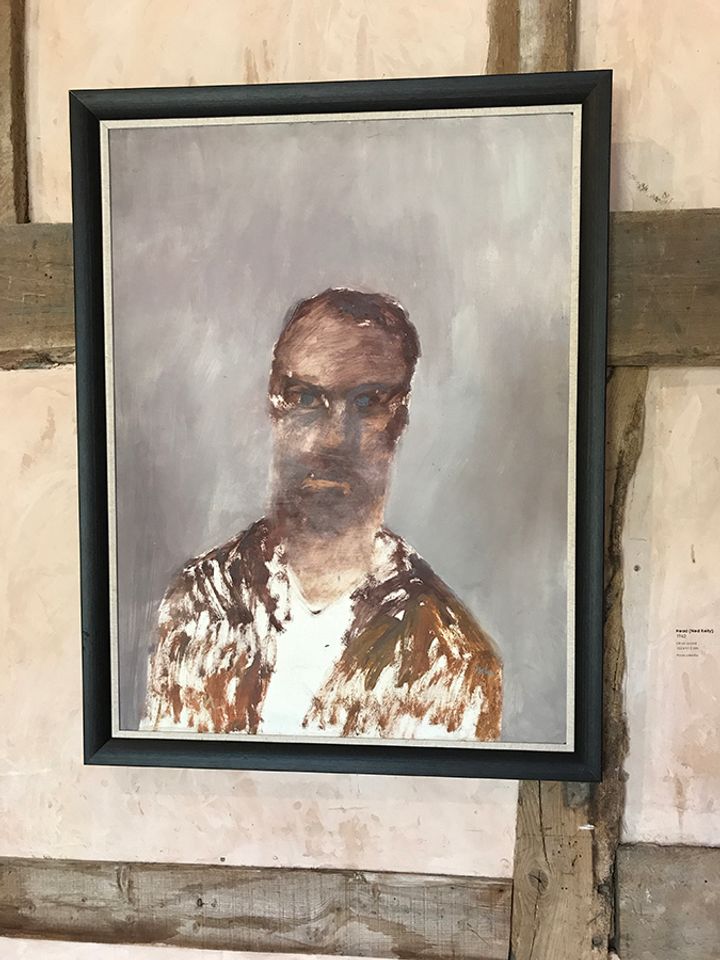 The fundraising campaign, which covers the redevelopment of the site and not maintenance costs, is timed to coincide with the centenary of the artist’s birth, which is being celebrated across the UK with a series of events such as symposia and exhibitions, including Reflections (until 29 August), a show at the Rodd featuring rarely-shown or never-before-exhibited paintings, including a portrait of the 19th-century Australian outlaw Ned Kelly without his face obscured by a helmet (as was typical for Nolan’s depictions of the bandit) and a Paul Klee-like abstract of Sydney’s Luna amusement park, painted around 1941. “These are very private paintings. We wanted to give a slightly different view of the way in which he worked,” Plant says. The Rodd has also temporarily opened Nolan’s newly-conserved studio (until 29 August).