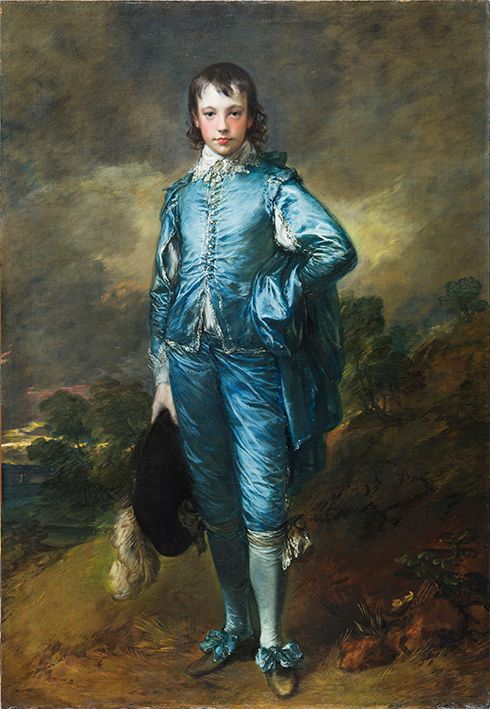 A painting by Thomas Gainsborough described as a masterpiece of British art is returning to the UK. The Blue Boy (1770) will go on show at the National Gallery in London from 25 January next year (until 3 May 2022), 100 years to the day since it was last seen in Britain following a public uproar. The work is on loan for the first time from the Huntington Library, Art Museum and Botanical Gardens in San Marino, California, where it has been on display since 1928.

The Blue Boy was bought in 1921 by the railway tycoon Henry Huntington for the then record price of $728,000. He purchased the painting from the art dealer Joseph Duveen, who acquired it from the Duke of Westminster. Duveen organised a series of exhibitions at the National Gallery publicising the sale which drew hordes of people.

A New York Times story in 1922 about the painting’s departure reported: “The Blue Boy is leaving England forever and 90,000 persons seized a last opportunity to see it [at the National Gallery]... On one of the stretchers at the back of the painting is scribbled in pencil, ‘Au revoir. CH.’ It is the wish of Sir Charles Holmes, director of the National Gallery, which neither he nor any other Englishman expects to see fulfilled.” The composer Cole Porter even wrote a song, Blue Boy Blues, mourning the painting leaving for the US. The Blue Boy on display at the National Gallery, London, 1922

The celebrated painting first appeared in public in the Royal Academy exhibition of 1770 as A Portrait of a Young Gentleman, where it was critically acclaimed; by 1798 it was being called The Blue Boy, a nickname that stuck. The work has struck a chord with modern audiences, appearing in the films Batman, Naked Gun and Joker, and is thought to depict Jonathan Buttall, the son of a wealthy merchant and a friend of the Gainsborough family.

In 2017, conservators at The Huntington began an extensive restoration of the painting as part of the three-year Project Blue Boy initiative. The senior paintings conservator Christina O'Connell spent time in the gallery analysing the canvas in 2018; previously she used a Haag-Streit surgical microscope to hone in on minuscule aspects of the work. 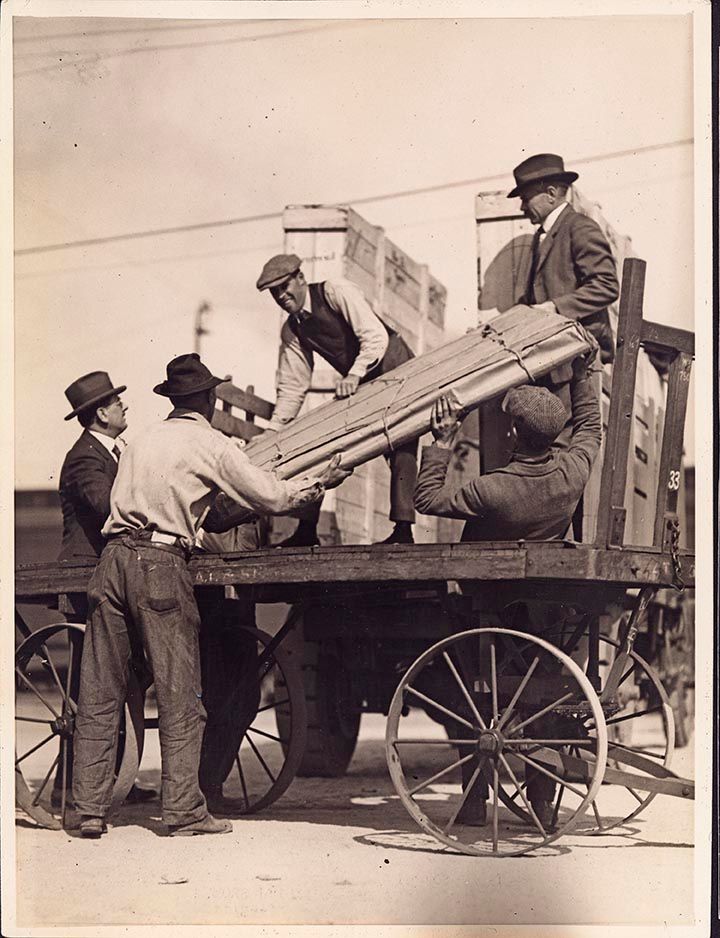 The Blue Boy being unloaded from a train in 1922 © Photo by “International,” Los Angeles Bureau. “Famous Painting Arrives.”

“You can see the paint, but there are some areas where I can actually see the pigment particles, which means Gainsborough was sometimes using more coarsely ground particles that reflect light differently,” O’Connell says on the Huntington website. “He understood the physical properties of the materials he was using to create his paintings. It’s amazing to see how a little dab of paint is the highlight in The Blue Boy’s eye, whereas when you stand back, it just blends together.”

An accompanying exhibition at the National Gallery will explore the influence of the 17th-century Flemish painter Anthony Van Dyck on Gainsborough’s practice. Gabriele Finaldi, the director of the National Gallery, says in a statement that The Blue Boy is “a painting of supreme poise and elegance [and is] without doubt a masterpiece of British art”.