Galleries at Art Basel pay tribute to ‘generation of giants’ 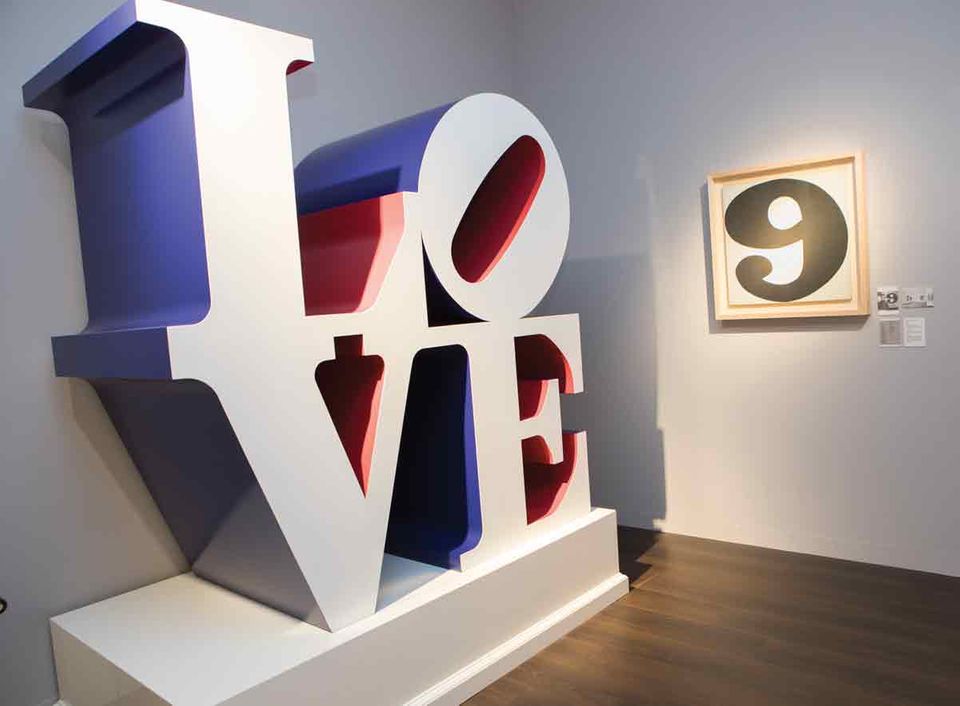 Dealers are paying tribute to recently deceased artists with prominent displays of important or largely unseen works. Among them is the last major work made by the ceramicist Betty Woodman. Ladies Engaged in Unnecessary Activities (2017), which evokes the classical Japanese performance art of kabuki, was on hold for a museum at Salon 94 (priced at $325,000) as we went to press. “It is important to show how rigorous she was in the last year of her life, but I don’t think she needs a re-assessment,” says the New York gallery’s owner Jeanne Greenberg Rohatyn.

Woodman, who in 2006 became the first living female artist to be honoured with a retrospective at the Metropolitan Museum of Art in New York, died aged 87 in January. Her work often defied categorisation and fame came relatively late as a result, but her canon continues to gain acclaim.

One of many young artists inspired by Woodman is Takuro Kuwata of Japan with whom she exchanged works. According to Rohatyn: “Betty was interested in his punk aesthetic.” The Woodman estate now extends to three members: Betty, her photographer daughter Francesca who killed herself in 1981 aged 22, and her late husband George, a ceramicist, photographer and painter. David Kordansky Gallery of Los Angeles is also showing works by Woodman, including Striped Napkin Holder (1983). 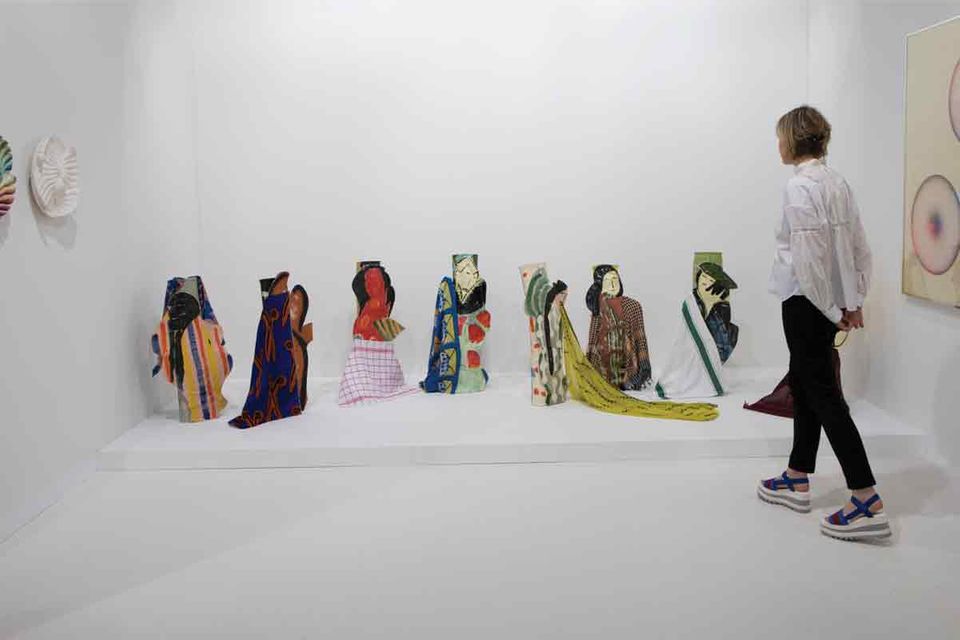 Works by Per Kirkeby, who died in Copenhagen last month, are on the stand of Michael Werner gallery. They include a large abstract painting, Untitled (1995), priced at $750,000, and the three-tonne brick sculpture, Paris IV (2017), priced at $325,000, which is one of the last works the Danish artist made. Kirkeby experimented with Fluxus performance in the 1960s, with people such as Joseph Beuys, before becoming particularly well known for his opaque, semi-abstract canvases.

The British-born artist Malcolm Morley is being honoured on Sperone Westwater gallery’s stand with a memorial photograph of the artist and two bronze sculptures: Marker (1989) and Chariot of Darius II (1989), at $125,000 each. His final paintings, some of which were made only a few weeks before his death earlier this month, are due to go on show in an exhibition at the New York gallery in September.

Morley, known for his innovations in photorealist and Neo-Expressionist art, was the first artist to win the Turner Prize in 1984. The trailblazer has influenced contemporary artists such as Eric Fischl, Julian Schnabel and Cecily Brown. “Since he died, there have been a number of important curators who have said they’re thinking about doing a retrospective. I suspect the pendulum is swinging toward an even greater acknowledgement of his immense talent and influence,” says Angela Westwater, the gallery’s co-founder.

Prices will inevitably rise given that supply will now be limited. “A slight increase is likely but this is under discussion,” Westwater says. When asked about Morley’s estate, she adds: “We’re the primary agent, I don’t suspect that will change. We’ll continue to work with Xavier Hufkens [the Belgian dealer who also represents Morley].”

Establishing an artist estate can raise issues concerning tax, endowment funds and commercial representation. Some of the thornier issues surrounding estates came to the fore with the death last month of the US artist Robert Indiana, whose legacy is the subject of a lawsuit filed the day before he died. His estate is estimated to be worth $28m.

Mathias Rastorfer, the chief executive and co-owner of Switzerland’s Galerie Gmurzynska, says Indiana’s estate “has to be sorted in the US”, where he is represented by New York’s Paul Kasmin Gallery. Galerie Gmurzynska is “paying homage”, Rastorfer says, to Indiana with five works, including a large readymade sculpture, Indiana (around 1979), priced at $1.5m, and a 1965 painting, Nine ($850,000). The works are accompanied by archival photographs of historical exhibitions “to provide context and educate collectors”, Rastorfer says.

“This is a crucial moment; a generation of giants is dying. For them, their career was a lifetime mission, whereas today’s artists have to be established young and still have to be in the race when they’re 35,” Rastorfer says. “In the past, artists wanted to know their peers’ opinions but today, vindication comes from pricing.”

Clarification: This article was updated to clarify one of the quotes from Angela Westwater per Sperone Westwater's request.