Event was postponed from March due to coronavirus and, while China is still closed to international visitors, mainland collectors were eager to attend and spend 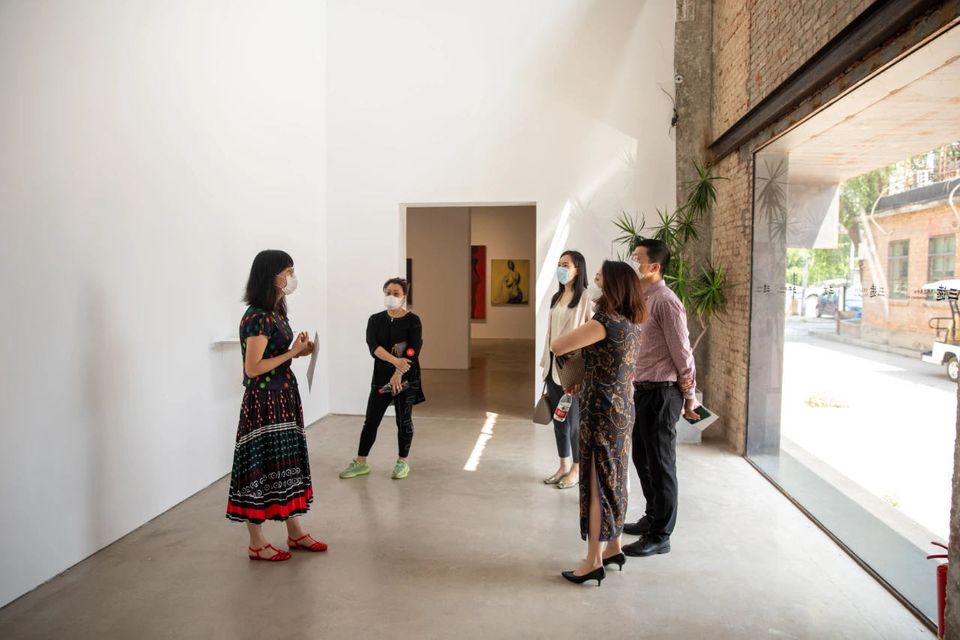 Beijing’s reopening may be lagging behind much of the rest of mainland China, but last week the city held the country’s first large-scale art event since the coronavirus pandemic began, with the fourth Gallery Weekend Beijing (GWBJ 22 to 31 May).

“To me, GWBJ serves like a warm-up for the market,” says Aimee Lin, the director of the Beijing-based gallery Long March Space. “In the coming months, it seems to me that the domestic market should get even warmer until when the next breakout comes. Hopefully not! But I have the faith that we will be more prepared even if the virus comes back.”

GWBJ was postponed from March due to the coronavirus lockdown and whittled down to 22 galleries and institutions from 26 last year, all based within the confines of art district 798—whose owner, Seven Star Group, also runs GWBJ. Galleries in nearby Caochangdi had only been allowed to reopen to the public the week before, and despite waived or reduced fees for smaller galleries, several others excused themselves from the event this year. Things kicked off with the grand re-openings of the UCCA Center for Contemporary Art, on 20 May, and Long March Space (on 21 May) after a renovation that began in July 2019. 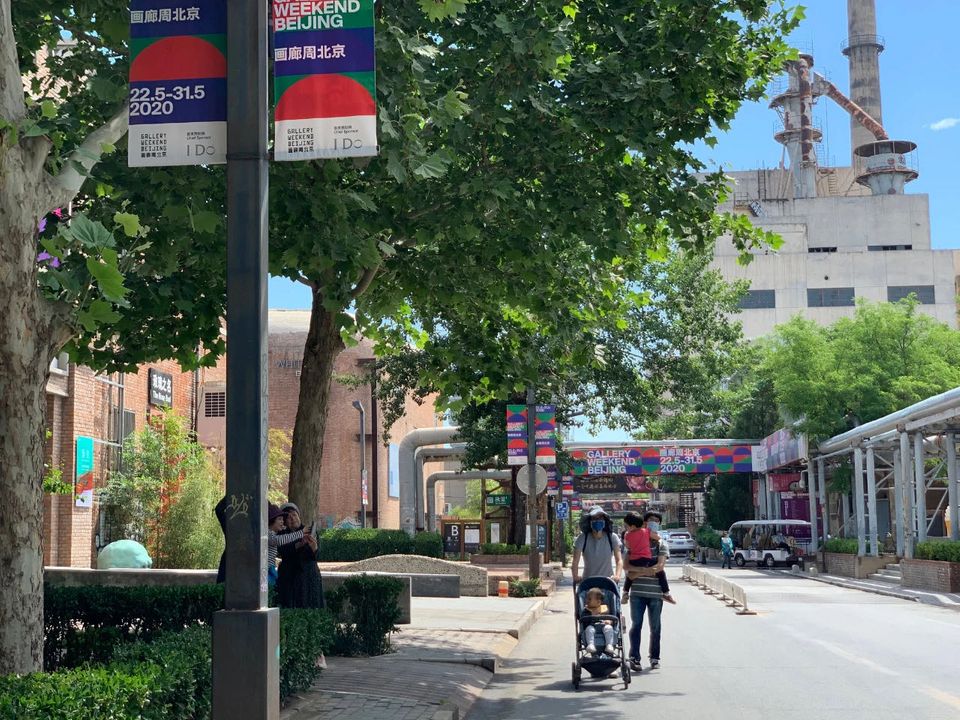 The VIP days of GWBJ also coincided with China’s annual National People’s Congress meeting, Two Sessions (21 to 27 May), in Beijing, during which the controversial National Security Law that will extend mainland restrictions to Hong Kong was adopted. Though it threw a pall over the art world, actual impact on traffic, security and sales during GWBJ appeared minimal.

“Our main concerns were about safety: to control the numbers, ensure mask wearing and oversee sanitisation. Something like a 300 person party we can’t do this year,” says GWBJ director Amber Yifei Wang, though a few private dinners recalled more carefree years. “The hardest part is that, with the virus, the situation was constantly changing,” she says, adding that they only learned about the Two Sessions a month before. Relaxation of restrictions in Beijing also only started from 1 May, leaving GWBJ just 20 days to invite people from out of town. While China remains closed to international visitors, Wang says they got about 50 VIP visitors from the rest of the country; registered visitors this year topped 1,200, down from 1,800 last year.

Galleries say collectors did come—and with open wallets. Strong performers included Zhou Yilun at Spurs Gallery, Tang Yongxiang at Magician Space, with a show that opened the week before, and Zhu Yu at Long March Space. “The sales really went very well: more than half of the works were sold in the first three days, among which six are acquired by museums from China and from abroad. Our collectors are very supportive to the artist and to the gallery, which we really appreciate,” says Long March Space’s Lin. The show, titled Mute, speaks to “how important it is to be detached from a world that is full of chaotic noises,” she says.

This edition of GWBJ, Lin says, is particularly important for the city’s art world: “This year there are almost no international visitors at all, and only very few from other cities in China visited in the opening week. Therefore we are more focused on our local clients and trying to meet many clients in person who we wouldn't have got a chance to spend time with in normal days. In a sense, we are trying to take the best of being slow and not traveling.” 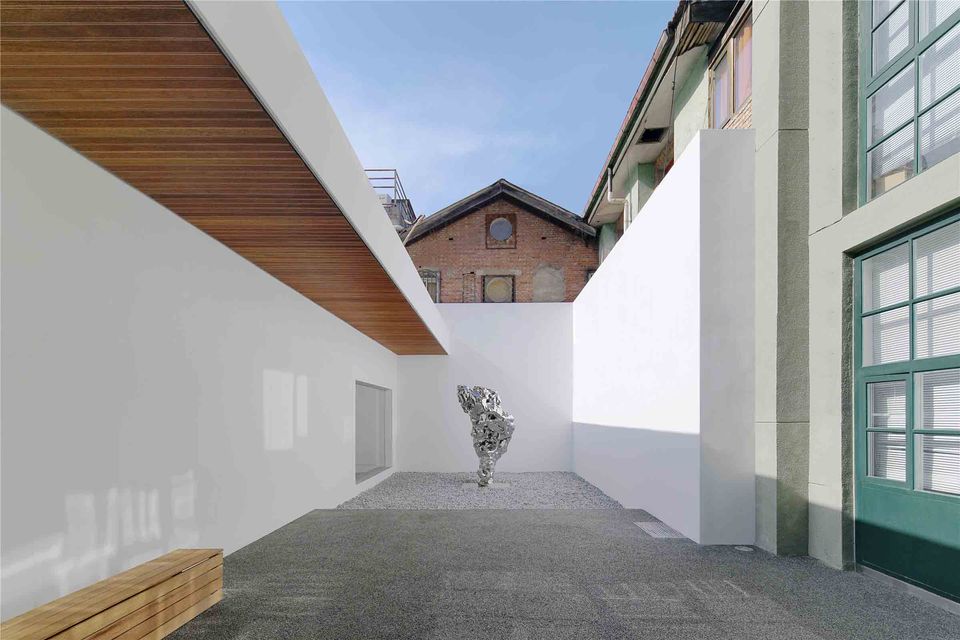 Long a stalwart of global fairs, last year Long March, one of China’s top commercial galleries, announced that it was cutting back on doing fairs­­—a move that now seems prescient. Instead, it renovated its 798 gallery, designed by Dutch designer Henny van Nistelrooy at StudioHVN. “Due to the new global situation, it is quite obvious that fairs and international travel will no longer work as they did before, at least not before the virus crisis is totally solved, so we do really feel blessed that we have already thought of a new business mode and taken action,” Lin says.

Along with public art organised by UCCA curator You Yang, GWBJ featured an Up & Coming Sector of 19 emerging artists and collectives organised by the independent curator Hanlu Zhang, exploring the current global chaos and how young artists are responding to it. A video by Li Ran that depicted archival photos of China’s Muslim territory Xinjiang was censored, replaced with Night of Patmos, and Timur Si-Qin's work NP Contingency Alter was instructed to cover up the words "New Peace" in Chinese, though the English was ignored, but other often sensitive concerns were permitted. “I think if we have assumptions of whether something is sensitive we can easily fall into self-censorship, but if we don’t we risk causing troubles to affect the entire exhibition and individuals working for it,” Zhang says. “It’s a tricky and even impossible balance which all of us should work together on finding and pushing it.”

“Five collectives [Chaos Family, NZTT Sewing Co-op, Hellkitty Band, Woodcut Class and Benguangdahualang] are establishing a crisis fund with their presentation in this exhibition,” Zhang says. “I think art workers need to join the entire society, using art or not, to think about how we can participate collective efforts of recovery and rehabilitation during and after the crisis.”