Gaylord Chan—one of the last of a generation of Hong Kong Modernist painters—has died, aged 95

The artist was known for his brightly coloured abstract works, and as the founder of an art school that fostered a new generation of well-known artists 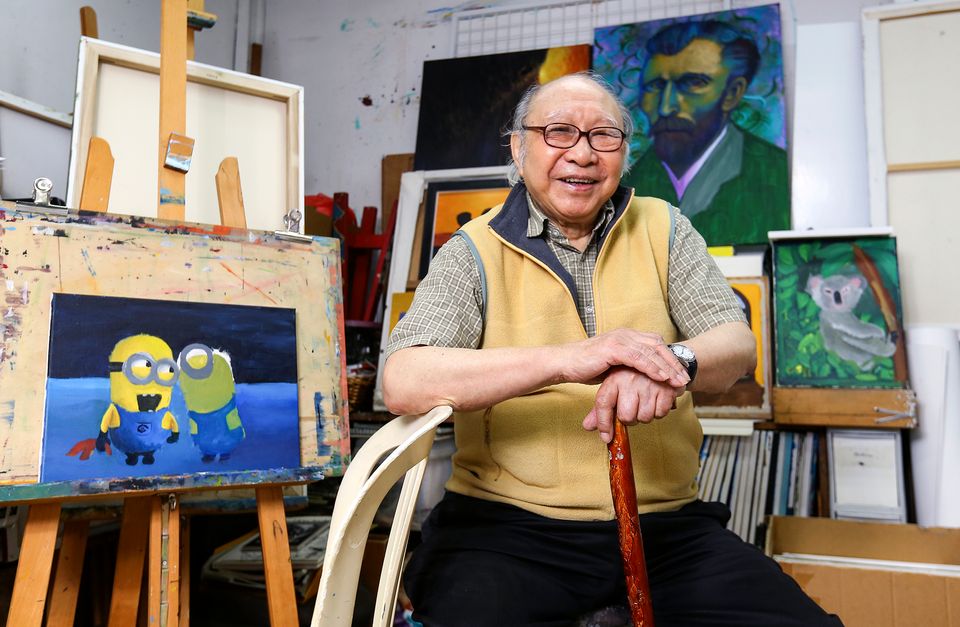 The Hong Kong painter Gaylord Chan died yesterday in his hometown, aged 95. Best known for his brightly hued abstract works, he was one of the last of his generation of Modernist artists in Hong Kong who came to prominence in the 1960s and 1970s, as the city was emerging as a global business capital.

“Gaylord’s work conveys the pleasure of painting, the sensation of brushwork. He was one of the finest colourists,” says Johnson Chang, who represented Chan from the 1980s. The painter had his last exhibition, in a group show called State of Happiness, at Chang’s Hanart TZ Gallery earlier this year.

Like many of his contemporaries in Hong Kong , he did not initially aspire to become an artist. He was an engineer with the telecommunications company Cable & Wireless. He only began to make art seriously in his 40s, learning to paint under the post office worker-turned-artist Hon Chi Fun, who died last year.

“Their generation of Hong Kong artists took time to find their language, their voice,” says Chang. Long before art fairs and international galleries appeared in Hong Kong, Chan and his contemporaries were at the centre of a lively and experimental scene, though none of them primarily made a living from art. Ha Bik Chuen, for example, had a plastic flower factory, while Luis Chan was a clerk at a law firm, and Lui Shou Kwan worked for a ferry company; several were teachers.

Chan went on to co-found the Hong Kong Visual Arts society in 1974, the Artmatch Group in 1995, and Culture Corner Academy, a private art school that cultivated a few of the territory’s new generation of contemporary art stars including Lee Kit and Ho Sin Tung.

To add to his many accolades, last year Chan was named as an honorary fellow of the Hong Kong Arts Centre. He was recognised for his “exceptional achievements in the arts sector and enduring dedication to nurturing young artists”. In 1986 he was awarded an MBE in the UK , and in 2013, a Bronze Bauhinia Star, one of the most prestigious honours given by the Hong Kong government.

Chan’s art is in several collections including at M+, the city’s museum of contemporary visual culture. In 1997, the year of Hong Kong’s handover back to mainland Chinese sovereignty, one of his large murals was installed in the main metro station in the Central business district.

Chan succumbed to a long fight with lung cancer, having survived several strokes.