Theaster Gates and his Rebuild Foundation have organised a display and series of conversations around the disassembled structure, with hopes of rebuilding it outdoors this spring 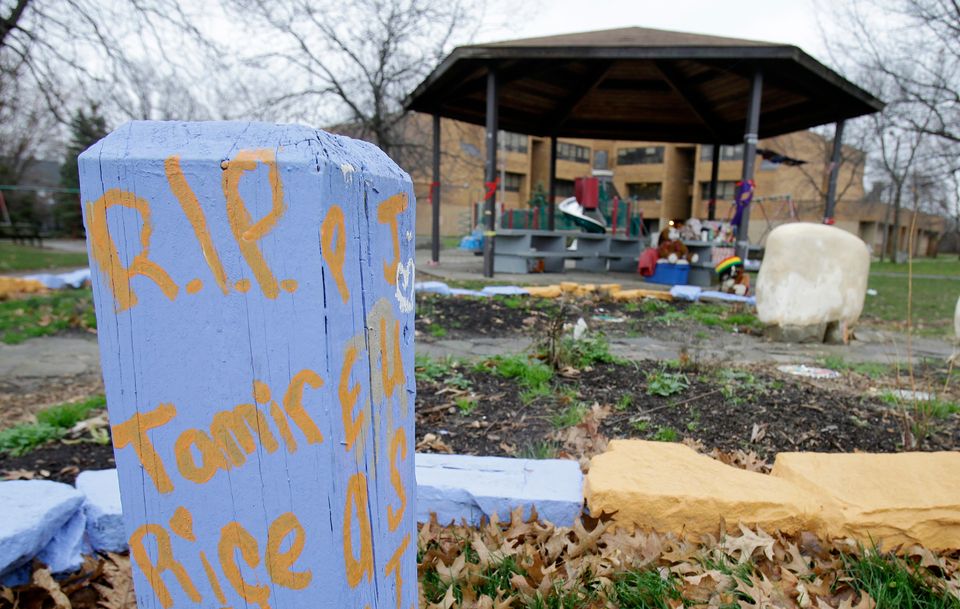 Materials from the gazebo where 12-year-old Tamir Rice was fatally shot by Cleveland police in 2014, and where the community met to express its grief and outrage, are now on display at the Stony Island Arts Bank in Chicago, the community center and gallery run by the artist Theaster Gates and his Rebuild Foundation. “This seemingly insignificant piece of architecture allows us to deeply examine the racial, political and economic crises of this country,” Gates tells The Art Newspaper.

The gazebo’s wood and bracket parts are stacked in the north gallery of the Arts Bank, along with the memorial objects and ephemera found at the site when it was dismantled in 2016, including stuffed animals. The pieces will remain on view through early 2018 and the Arts Bank plans to rebuild the structure outdoors in the spring.

To put the display of the gazebo into context, the Arts Bank has organised a series of conversations on the subjects of preservation, black cultural spaces and object-hood. Titled Objects of Care: Material Memorial for Tamir Rice, the upcoming speakers include Romi Crawford (14January), a professor of visual and critical studies at the School of the Art Institute of Chicago; Adam Green (11 February), a history professor at the University of Chicago; and Rebecca Zorach (11 March), an art historian at Northwestern University.

Tamir Rice was shot on 22 November at the Cudell Recreation Center while playing with a pellet gun, which the two policemen say they mistook for a real weapon. He died the following day. The officers were not indicted, but the city settled the family’s lawsuit against them for $6m. The incident occurred shortly after the deaths of two other African American men, Eric Garner in Staten Island and Michael Brown in Ferguson, Missouri, also at the hands of police, and so the gazebo quickly became a symbol and gathering place for mourning, reflection, and protests.

Last year, after the city announced plans to demolish the structure, attorneys for Rice’s mother, Samaria, fought and succeeded in securing her ownership of it. “They wanted to erase any memory of it,” Samaria Rice said in a conversation with Gates back in July, audio excerpts of which are played in the gallery with the gazebo parts. After museums in Cleveland declined to take the materials, Samaria reached out to Gates and Rebuild. “She asked if I could help and I said yes,” Gates says. “There was no art gimmick or art move—just a person helping another person grieve.”

Gates’ studio team helped disassemble the gazebo in Cleveland and brought it back to Chicago, a “temporary safe home for it”. The hope is that one day, it will return to Cleveland, but there are no definite plans for that yet. “While it’s away from its original site and in Chicago, it gives us all a chance to mourn with Samaria and pay respect to the lives lost to gun violence,” Gates says.