Thanks to a £3m gift, the National Trust could finally uncover a secret portrait of Mary Queen of Scots 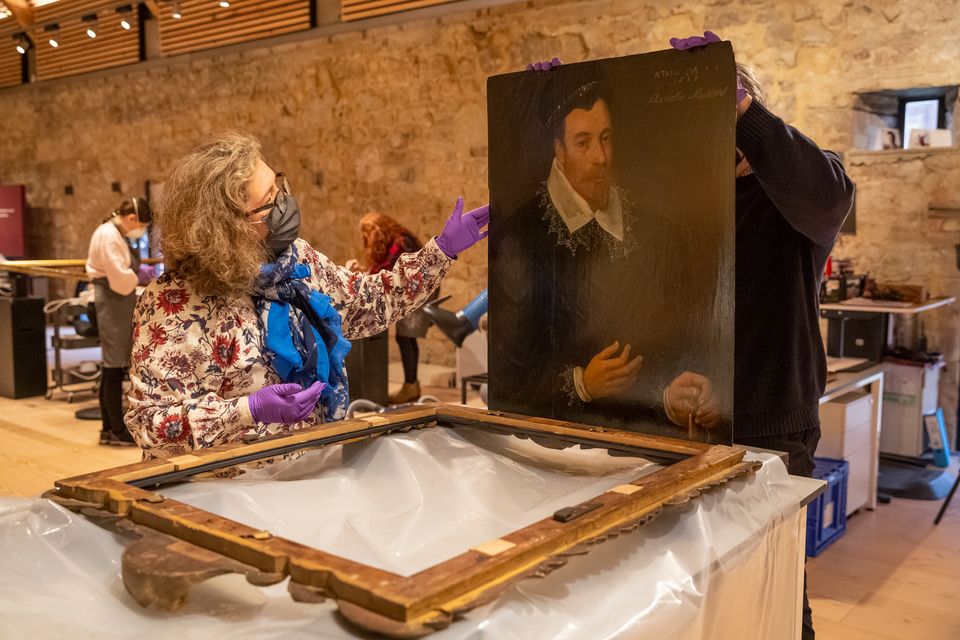 Portrait of John Maitland in an oil painting from Ham House being prepared for work at the conservation studio © National Trust; James Dobson

A £3m gift from a US charity will allow the National Trust to start conservation work on a portrait of a 16th-century aristocrat, which X-rays suggest overlays an unfinished portrait of Mary Queen of Scots, and other treasures from the vast collections in its country houses.

The gift, from the Royal Oak charity founded by the trust in the US in 1973 to increase awareness and support, is a welcome piece of good news after a bruising year. The National Trust has faced a £200m collapse in revenues, proposed sweeping redundancies including the loss of many curatorial posts, bitter criticism from the right over research on the slavery and colonial links of many of its properties, and a leaked internal memo interpreted as a proposal to keep many properties permanently closed and dumb down the presentation of others—suggestions fiercely denied by the trust. 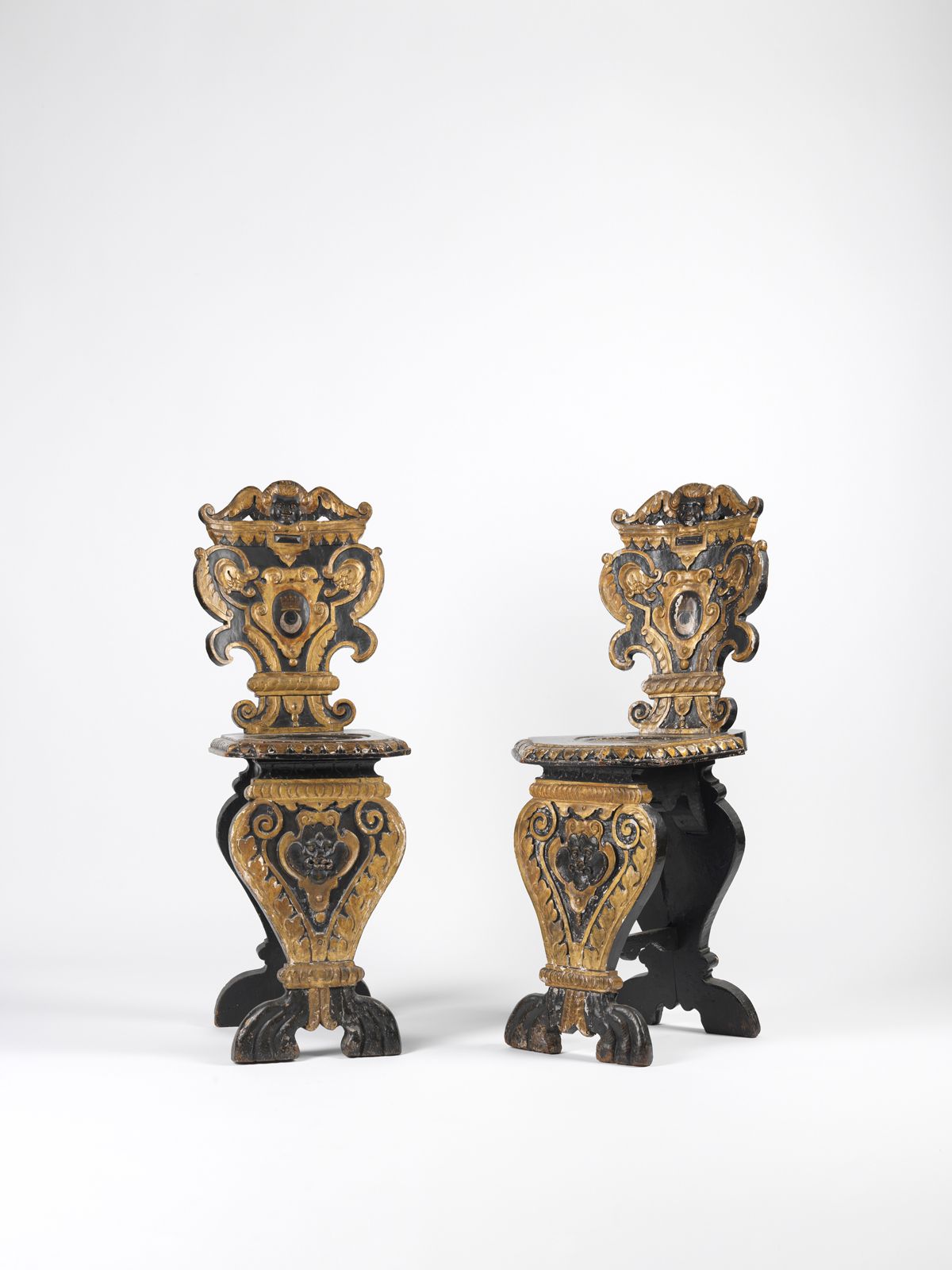 The conservation gift marks the trust’s 125th anniversary, and will mainly be used to fund work at the specialist conservation studio at the palatial Knole house in Kent—including work on a spectacular but hideously uncomfortable looking set of nine early 17th century Italianate carved and gilded ’sgabello’ chairs, made for display more than practical use, from Petworth house. The chairs need structural repairs and conservation work on the elaborate surface decoration.

Other objects on the urgent list include a set of Japanese Samurai armour, owned by the eccentric architect and collector Charles Paget Wade whose collections so filled every room of his Snowshill Manor in Gloucestershire that he lived in an annexe. He left the house and all its contents to the Trust in 1951. The armour, one of 27 sets he bought, needs specialist cleaning and stabilisation work on its many metal and textile elements. 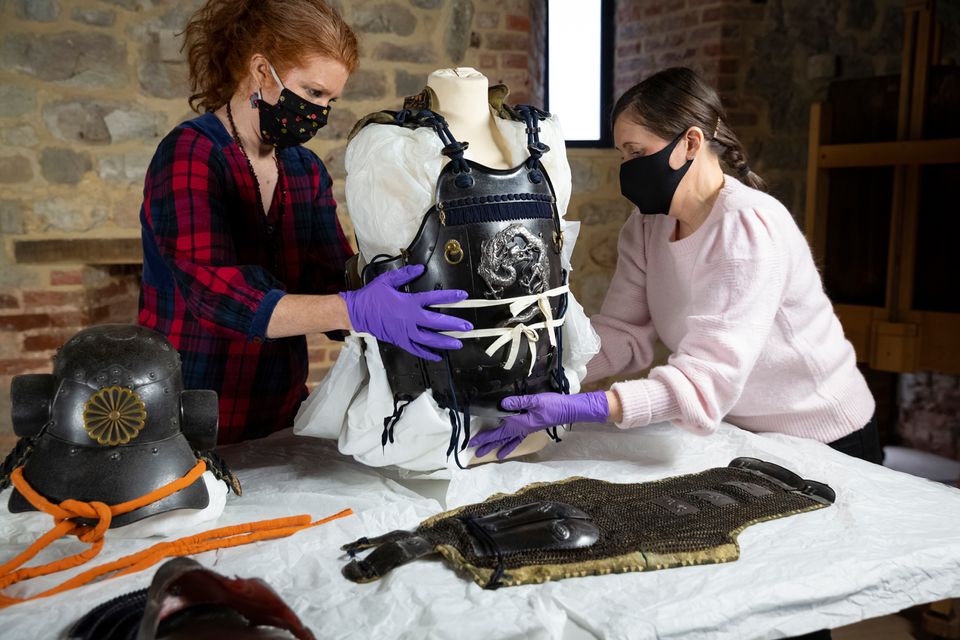 A Samurai armour from Snowshill being worked on by conservators © National Trust; James Dobson

The late 16th-century portrait of John Maitland, by an unknown Anglo Dutch artist, from Ham House in Surrey, hit the headlines four years ago when it was moved from the dark corner where it had hung for centuries over a door, and x rays revealed the shadowy image of a woman believed to be the Scottish Queen—Maitland was Lord Chancellor of Scotland to her son, James VI. The trust hopes to learn more about the underlying portrait as part of the work on the supporting oak panels and paint surface.

The studio at Knole will be renamed the Royal Oak Conservation Studio in recognition of the gift, which should fund work on more than 100 objects over the next five years. When coronavirus restrictions end and allow Knole to reopen, visitors will be able to watch the work.