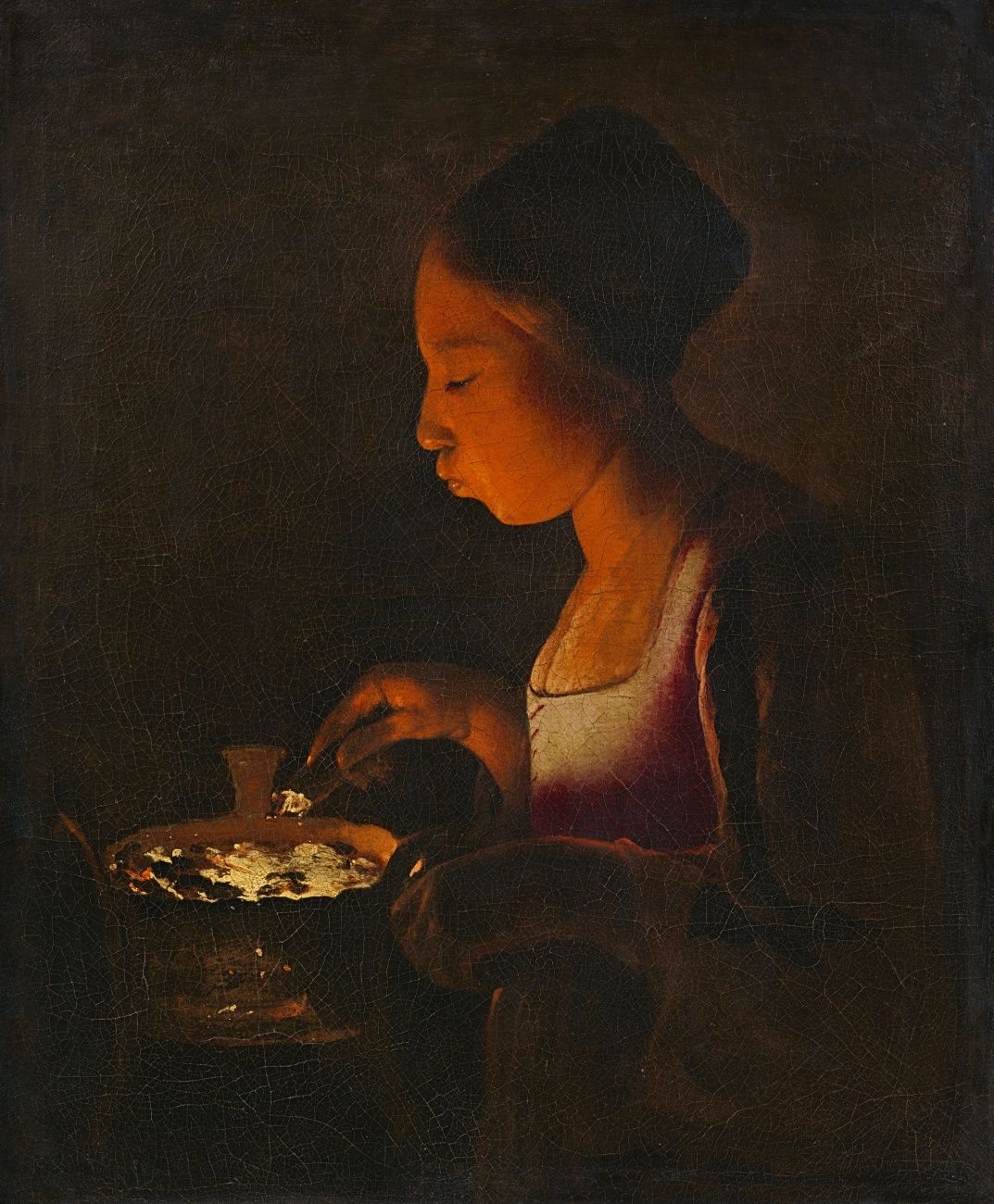 A 17th century painting by the French baroque painter Georges de la Tour has sold this evening at Lempertz for a record €3.6m (€4.3m with fees)—the most expensive Old MAster painting ever sold at a German auction house. It was estimated at €3m to €4m.

A Girl Blowing on a Brazier (La Fillette au braisier), which dates to la Tour's late period (1646-48), was last bought at Christie’s London in 1975 by the late German airline owner Hinrich Bischoff for £17,850.

“A towering figure in the history of French art, Georges de la Tour’s work is unbelievably rare," says Anthony Crichton-Stuart, the director of Agnews gallery in London. Only 48 paintings by the artist are known and this intimate oil is thought to be the only candlelit nocturne not in a museum. It is also, unusually, signed by the artist.

This is the first La Tour painting to come up for auction since 2008, when the French painter’s depiction of Saint James sold at Sotheby’s New York for $3.2m to a private US collector. It now hangs, fully restored, in the Metropolitan Museum of Art. The previous record for a La Tour painting was set way back in 1991 by A Blind Hurdy-Gurdy Player which sold at Christie's London for £1.8m with fees ($3.4m).

A Girl Blowing on a Brazier was shown in the Prado Museum in Madrid's major show of La Tour's work in 2016. In February this year, the first ever exhibition dedicated to La Tour in Italy opened at the Palazzo Reale in Milan.

"The physical condition of de la Tour’s paintings is often challenging," Crichton-Stuart notes, adding that this example "looks like it too may have some condition issues." That said, he says, "it’s a wonderfully Caravaggesque composition of a young woman blowing on a brazier."

The Lempertz sale also made a new record for a work by the 16th century Antwerp master, Quinten Massys, with a small late Gothic/early Renaissance oil on panel of the Virgin Mary in Prayer which sold for €1.3m (€1.6m with fees), well over the €500,000 to €700,000 estimate.