Accused of fraudulent sales of a Kusama pumpkin sculpture and a Warhol print, the dealer and collector awaits extradition to the UK after missing court hearing 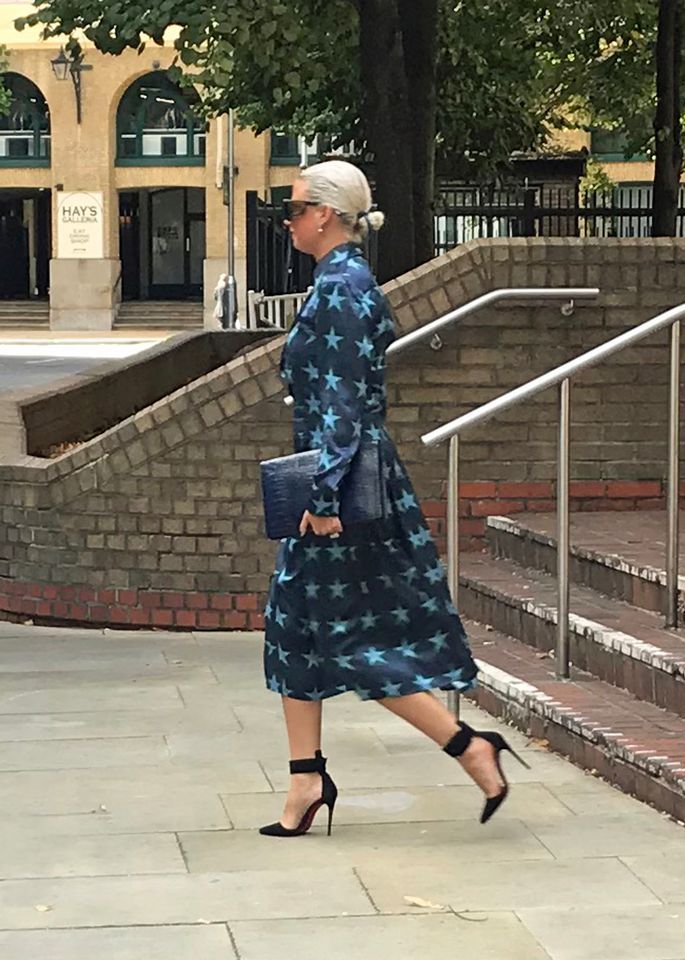 Angela Gulbenkian leaving a London court in September after denying theft charges in the sale of a Kusama pumpkin. The German dealer now faces similar charges in a Munich court over a Warhol print sale to a London dealer. Central News

Angela Gulbenkian, the German socialite art collector who married into one of Europe’s most prominent collecting families, was arrested in Lisbon, Portugal, on Tuesday. After her failure to appear at a London court hearing in February related to two charges stemming from the fraudulent sales of an Andy Warhol print and a Yayoi Kusama pumpkin sculpture, the UK issued a European Arrest Warrant.

Authorities tracked the 38 year old down in Lisbon on Tuesday, and she is being held “in preventive detention” until she can be extradited to the UK, a Portuguese prosecutor told Bloomberg, which first reported the story.

The heiress is facing two charges of theft in the UK, where she owns a home, including one in connection with the £1.1m ($1.4m) sale of a Kusama pumpkin sculpture in 2017, which the Hong Kong-based art adviser Mathieu Ticolat claims he paid for but never received. The other charge relates to the theft of £50,000 from client Jacqui Ball. Gulbenkien entered not guilty pleas to both charges at Southwark Crown Court last September and has vigorously denied any allegations of theft.

Chris Marinello of Art Recovery International, who is representing Ticolat, has also filed a civil lawsuit in Germany against Gulbenkian’s mother, with whom he believes Gulbenkian had been staying; he alleges that the art dealer gave her mother £221,000 shortly after Ticolat paid for the Kusama artwork. Gulbenkian previously settled a civil case with Ticolat, but allegedly never made the agreed-upon payment. A previous warrant issued for her arrest last June was vacated after she told the judge she had missed an earlier court date due to elective surgery. A civil suit was later brought by Ticolat, which included a motion to freeze Gulbenkian’s assets.

In January, an anonymous London dealer also filed a claim in a Munich court accusing Gulbenkian of fraudulently selling him a Warhol print, Queen Elizabeth II (1985), on behalf of the owner and pocketing the proceeds.