The German activist art group Peng collective is organising a sale of “anti-fascist” works which, it says, will benefit left-wing organisations in the east German town of Chemnitz. The collective is showing ten items in a public art festival entitled Presences/Gegenwarten (until 25 October), at Chemnitz museums (Kunstsammlung Chemnitz), which are being sold on eBay (bidding ends 22 August). “The objects [underline] the diversity of anti-fascist work,” the collective says. “All of the proceeds will go to AJZ Chemnitz [a left-wing youth centre].”

The items form part of a display in the Presences show entitled Antifa-Myth & Truth, focusing on the anti-fascist protest movement known as antifa (“a loose collection of groups, networks and individuals who believe in active, aggressive opposition to far right-wing movements” according to the US-based Anti-Defamation League). 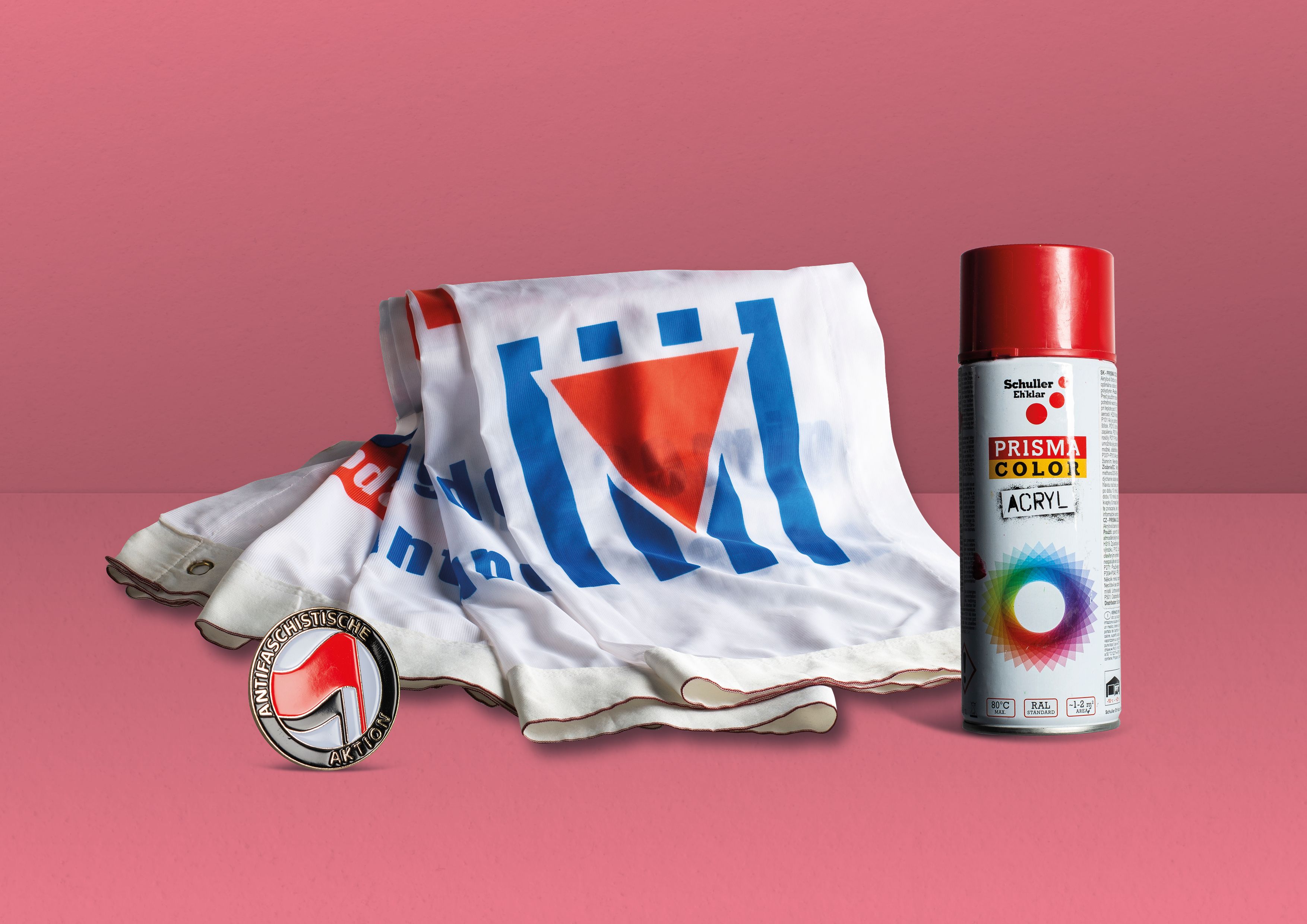 The ten “anti-fascist” items on show include a spray can used by the German activist Irmela Mensah-Schramm. “She has been spraying [over] Nazi graffiti for 30 years,” the collective says. “We bought these ten objects from committed anti-fascists for €1,000 each. We have transferred therefore €10,000 [taken from the exhibition project budget of €24,000] to the antifa [cause],” a spokeswoman adds.

Last weekend, the group were embroiled in controversy when a wall text in their Presences section discussing the “horseshoe theory’—a thesis suggesting that far-right and far-left ideologies are closely aligned—raised concerns among museum officials. “We named and criticised political parties that compare left-wing radicalism with right-wing radicalism. The museum put up a sign saying that the text is by the Peng collective and not by the museum,” the collective says.

According to their website, the Peng collective uses “weapons of mass disruption to deliver radical messages”. Their work has appeared in the 2016 Berlin Biennale and Manifesta 12 in Palermo (2018).