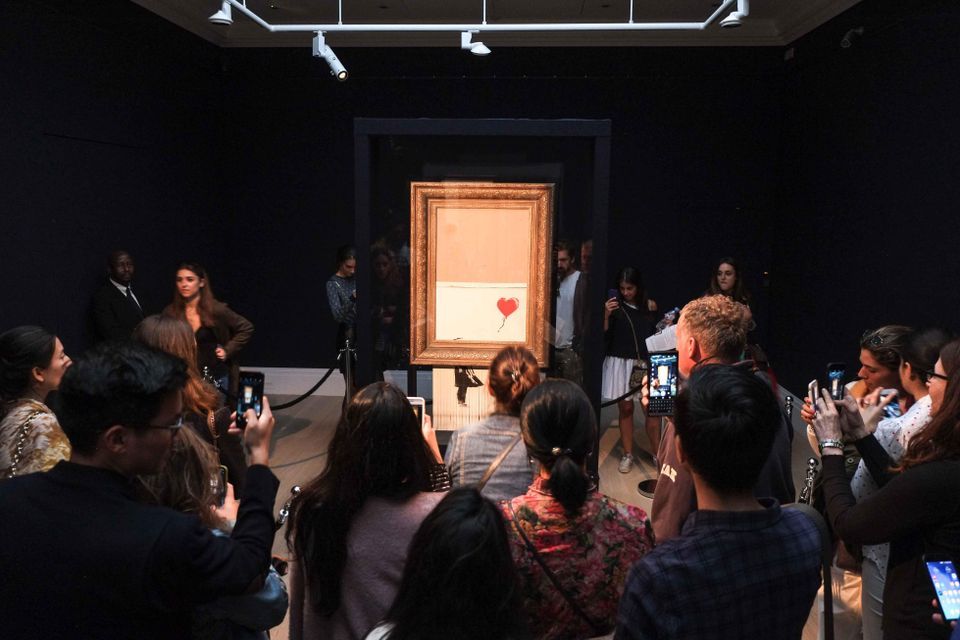 A privately owned museum in the German spa town of Baden-Baden will in February exhibit Banksy’s Love in the Bin, the painting sensationally shredded by remote control at Sotheby’s in London after it was auctioned.

The half-ribboned painting of a girl with a balloon will be shown at the Museum Frieder Burda for a month from 5 February to 3 March. The exhibition will be accompanied by a symposium exploring strategies “to torpedo the art market while simultaneously giving it new momentum,” according to a museum statement.

“We’re expecting a lot of interest, especially from young people and Banksy fans,” says Henning Schaper, the director of the Museum Frieder Burda. “But we don’t want to succumb to the temptation of putting the work on a pedestal. This certainly wouldn’t be what its creator would want either. Instead, we’re following his approach of comprehensively democratising art and are discussing how to make the work accessible to as many as possible.”

The museum statement said that there were many contenders worldwide to be the first to exhibit the work—which it described as a “new global icon”—but the Museum Frieder Burda’s concept for presenting it had won the lender over. A 2014 exhibition of urban art in Baden-Baden helped tilt the balance in its favour, it said. Founded in 2004 by the publisher and printer Frieder Burda, the museum focuses on classical Modernism and contemporary art.

Banksy’s auction stunt in October was one of the most widely reported art stories of last year. The artist gave his work the name Love in the Bin after it appeared to self-destruct just as the gavel fell on the final lot of the night. The winning bidder, a European woman who declined to be identified by name, agreed to buy the new work at the original price saying she “would end up with her own piece of art history.”