Unexploded bombs: the major hitch in this German castle's restoration 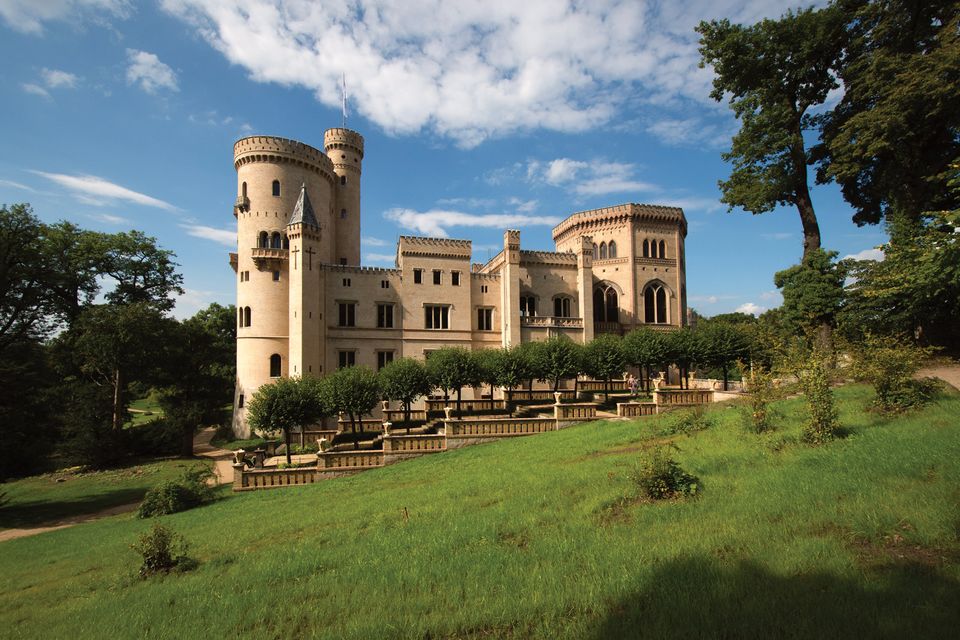 The restored exterior of the 19th-century Babelsberg Palace in Potsdam. The surrounding park, with its artificial lakes, waterfall and fountains, is being combed for bombs dropped by the Allies during wartime raids on Berlin Photo: Leo Seidel. © Stiftung Preußische Schlösser und Gärten

Before the gardens of the Unesco World Heritage site at Babelsberg Palace in Potsdam, south-west of Berlin, can be comprehensively restored, there is a dangerous job to do: the site must be checked for unexploded bombs.

The park was in the flight path of the Allied planes bombarding Berlin during the Second World War. In 2015, a stray undetonated 250kg bomb was discovered on the shore of the Havel lake on a beach in the historic palace park that is designated for public bathing. Around 3,100 people living nearby had to be evacuated so the bomb could be defused.

Evacuations and bomb deactivations are almost routine for Berliners and Potsdamers. But the potential dangers lurking underground have long hampered the work of Babelsberg park custodians.

Any intervention below the surface—even digging up tree stumps—is a costly, time-consuming business because a bomb-detection team has to be on the scene, says Katrin Schröder, a park custodian for the Prussian Palaces and Gardens Foundation.

For safety reasons, it has even been necessary to limit the size of the lawnmowers used. “We kept on running up against this problem,” Schröder says. Parts of the grounds had previously been probed for undetonated explosives, but large swathes remained unexamined. After the discovery of the beach bomb, “we decided to do an intensive, comprehensive bomb-survey and clearing project”, she says. 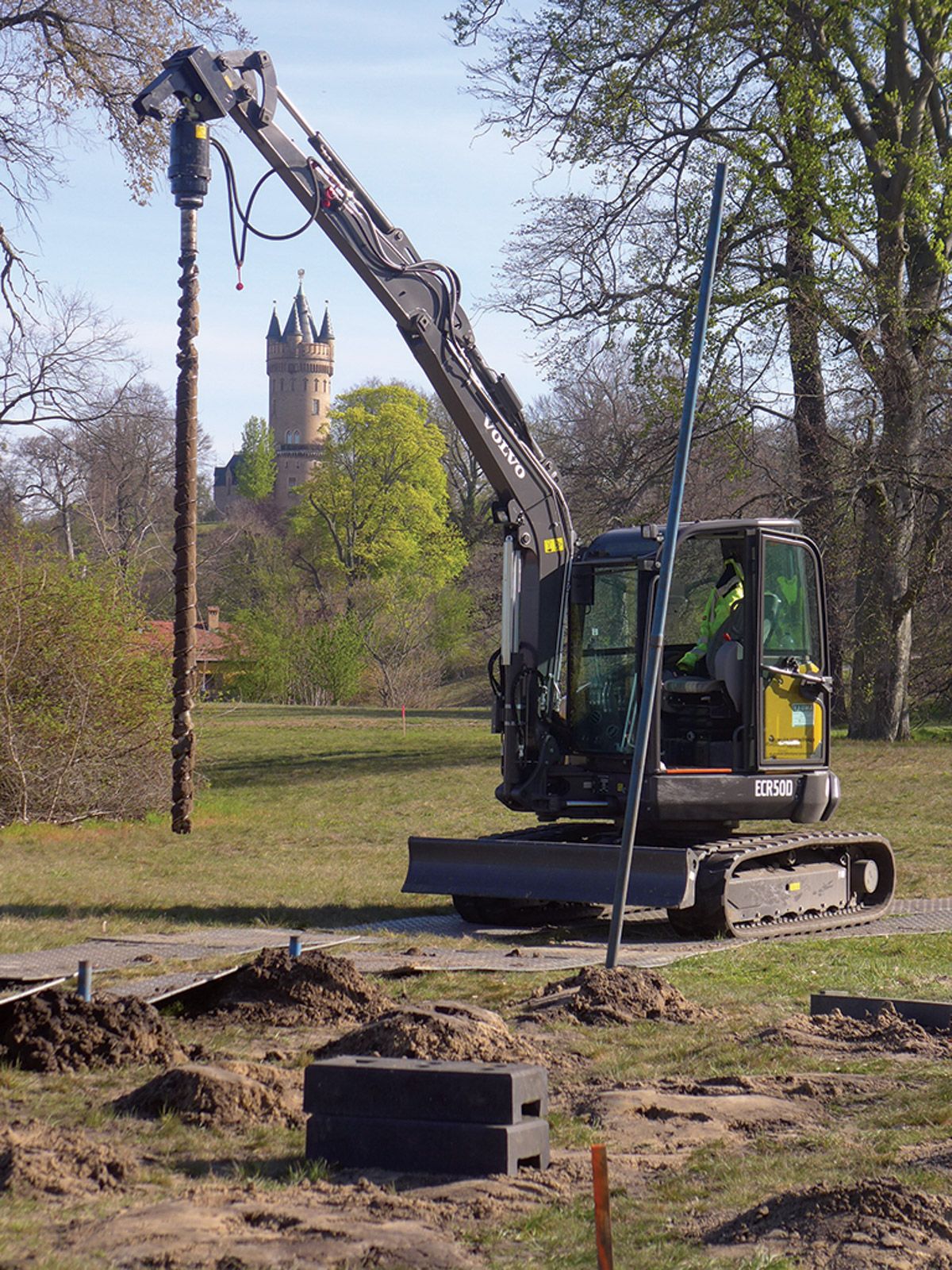 Sophisticated and costly equipment is necessary to check the park; some areas must be inspected on foot © Jan Uhlig, Stiftung Preußische Schlösser und Gärten

Project leader Jan Uhlig and the bomb survey and removal company Müsing Kampfmittelräumung began work in February. After a pause during the coronavirus lockdown, they restarted on 10 August. With the help of aerial photographs, they have located 36 bomb craters in the park. Bomb- detecting vehicles have so far combed about half the park and the work could be completed next year, Uhlig says. In areas that are difficult to access, the detection work is done on foot with hand-held probing equipment.“So far we haven’t found any big bombs, but we can’t rule that out,” Uhlig says.

In 2017, the Prussian Palaces and Gardens Foundation received €400m from the government and states of Brandenburg and Berlin to restore its World Heritage sites. Some of this money was earmarked for Babelsberg, which was built in 1833 for Prince Wilhelm of Prussia, later Kaiser Wilhelm I.

While the palace exterior and surrounding terraces have already been restored, the interior is still undergoing a refit and the building is closed to the public, apart from special events and tours. In areas already declared safe, the park has been partially restored. With views of Potsdam’s skyline and the bridge and palace at Glienicke, Babelsberg is one of the most popular parks in Potsdam. It was designed by Peter Joseph Lenné, with later contributions from the famous landscape gardener Hermann Fürst von Pückler-Muskau.

Restoration work has been partially completed on the underground irrigation system that feeds artificial lakes, a waterfall and the fountains in the grounds. Other plans include renewing the network of paths, recreating a dried-out lake, renovating the gatehouse and constructing a new building on the beach, Schröder says.