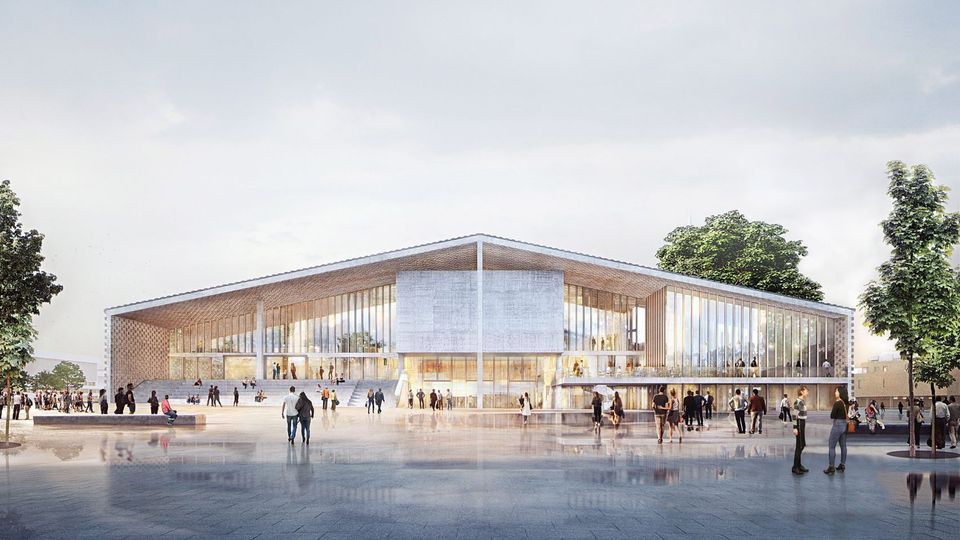 The budget committee of Germany’s lower house of parliament yesterday approved additional funding for Berlin’s planned Museum of the 20th Century, designed by the Swiss architecture firm Herzog & de Meuron, after estimates for the construction costs spiralled to €364m from €200m.

Culture Minister Monika Grütters said the new figure, which both chambers of parliament are expected to approve in the coming weeks, is “a real pain threshold.” She said lawmakers have demanded six-monthly reports from the planners and architects on how construction and the costs are developing. “It’s important that alongside Old Masters like Rembrandt and Dürer, both German and international artists of the eventful 20th century have a higher profile in the capital,” she said.

The unassuming long, low red-brick design proposed by Herzog & de Meuron is to be situated between Ludwig Mies van der Rohe’s metal-and-glass Neue Nationalgalerie, which is currently closed for renovation, and Hans Scharoun’s spiky gold Philharmonie, both architectural landmarks of the 1960s. Flanked on one side by Friedrich August Stüler’s red-brick 19th-century St. Matthäus church, it initially invited comparisons to a rail station, a barn and an indoor market.

The new museum is needed because the Neue Nationalgalerie can only display about a quarter of Berlin’s vast stores of 20th-century art at any given time. It will also show works from large private collections donated to Berlin by Ulla and Heiner Pietzsch, Erich Marx and Egidio Marzona.

In the three years since Herzog & de Meuron were announced as the architects, the design has undergone considerable changes—in part because of a need to reduce its surface area to protect the neighbouring church. That means creating more space underground—an expensive undertaking in Berlin’s swampy soil. Grütters plans a ground-breaking ceremony at the site before the end of the year, with completion scheduled for 2026.

The state of Bavaria and German government have also approved an extra €300m in funding for the major renovation of the Deutsches Museum in Munich, Germany’s largest technology museum, a statement from the Bavarian Ministry of Science and Art said today. The money is in addition to €445m already approved for the museum.