How do you spot a looted antique? Germany brings in team of experts to help 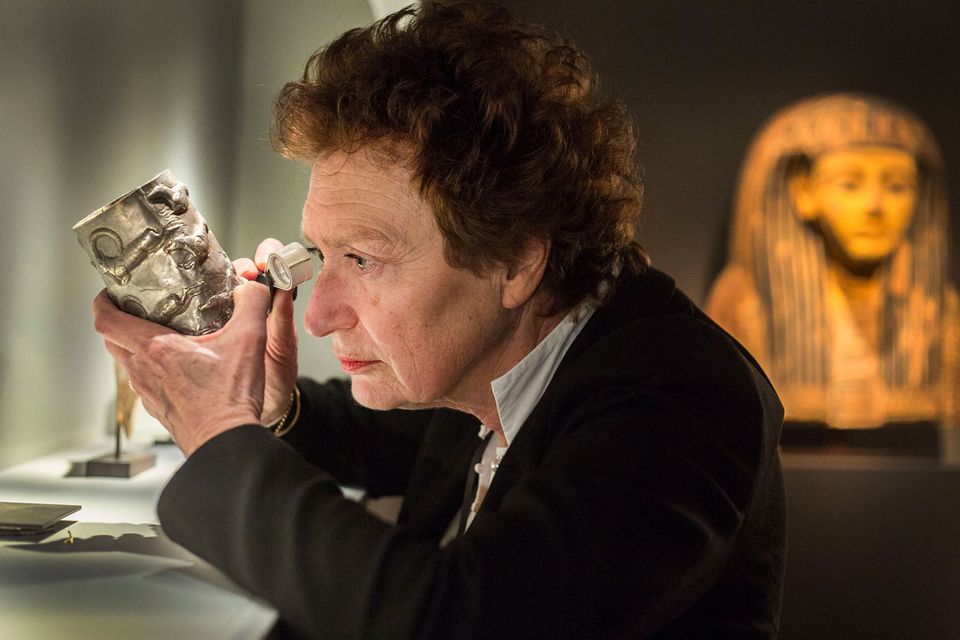 A vetter at Tefaf Maastricht fair examines an antiquity to check its authenticity Photo: Loraine Bodewes

The German government is establishing a network of experts to help combat the illicit trade in antiquities by providing swift, reliable information to law enforcers and public authorities on the origins and authenticity of items imported into the country or offered for sale.

The government and federal states have allocated €600,000 to a three-year pilot project called NEXUD that will operate from the Cultural Foundation of the German Federal States in Berlin. Its aim is to ease the burden on public authorities engaged in fighting the illegal trade by providing what culture minister Monika Grütters describes as “reliable answers from the academic community.”

The project is a response to a government study published last year, ILLICID, which found that just 2% of items from the eastern Mediterranean region offered on the market were accompanied by provenance information showing their sale complied with the German Cultural Property Protection Act, passed in 2016.

“The main findings of our ILLICID report were that the information available on the internet is inadequate to ascertain whether items offered for sale are being traded legally or illegally,” says Markus Hilgert, the general secretary of the Cultural Foundation of the German Federal States. “We also discovered that the volume of the trade is six times higher than we thought.”

The report found that investigating agencies and supervisory authorities lack the expertise to address the illicit trafficking in ancient artefacts. “It is not currently possible to efficiently monitor the trade or to appropriately enforce existing and/or new due diligence requirements governing the handling of ancient cultural objects,” it said.

The new network, consisting of “several dozen experts” according to Hilgert, will bundle knowledge across a wide range disciplines, including art historians and archaeologists from museums and universities.

They will work with findings from a new app, called KIKU, developed by the Fraunhofer Institute in Darmstadt for use by customs and police. It uses machine learning—a subset of artificial intelligence (AI)—to identify an object from photos and help law enforcers ascertain whether it may have been illegally looted or excavated from an archaeological site.

NEXUD will also work with findings from a web crawler developed by the Fraunhofer Institute, Hilgert says.

"The need for information is often very time-critical,” Hilgert says. The aim is to “develop a way to deliver information confidentially and fast.”

One of the major challenges is the breadth of knowledge required to identify and verify antiquities, Hilgert says—from African and ancient American artefacts to classical, Middle Eastern, Indian and East Asian objects.

“In Germany we are lucky to have experts on nearly all these regions,” he says. He adds that the government is examining whether the pilot project could later be extended to other countries or operate on an international level, and is keeping the EU informed of its plans.

"Some of the subjects involved are very niche and not all countries would have expertise in every area, so mutual support across borders is extremely important,” he says.