Unidentified photographer, A son of Chief Eholla in Nigeria with objects from the Benin Kingdom (1900-02) © Ethnologisches Museum Berlin

The German Lost Art Foundation is offering museums emergency funding to research the provenance of Benin bronzes in their collections after the government and leading museums agreed to begin restituting looted Benin artefacts to Nigeria next year.

The foundation is offering grants of up to €25,000 for research projects into the history of individual objects or small collections lasting up to six months. About 25 German museums together hold around 1,000 artefacts that were plundered from Benin in a British military raid more than a century ago.

“The discussion about returning the so-called Benin bronzes to Nigeria doesn’t only affect big institutions like the Humboldt Forum,” the Lost Art Foundation said in a press release. “Smaller institutions in Germany also possess cultural property from Benin that may be traceable back to confiscations and looting at the royal palace of Benin City in 1897.” 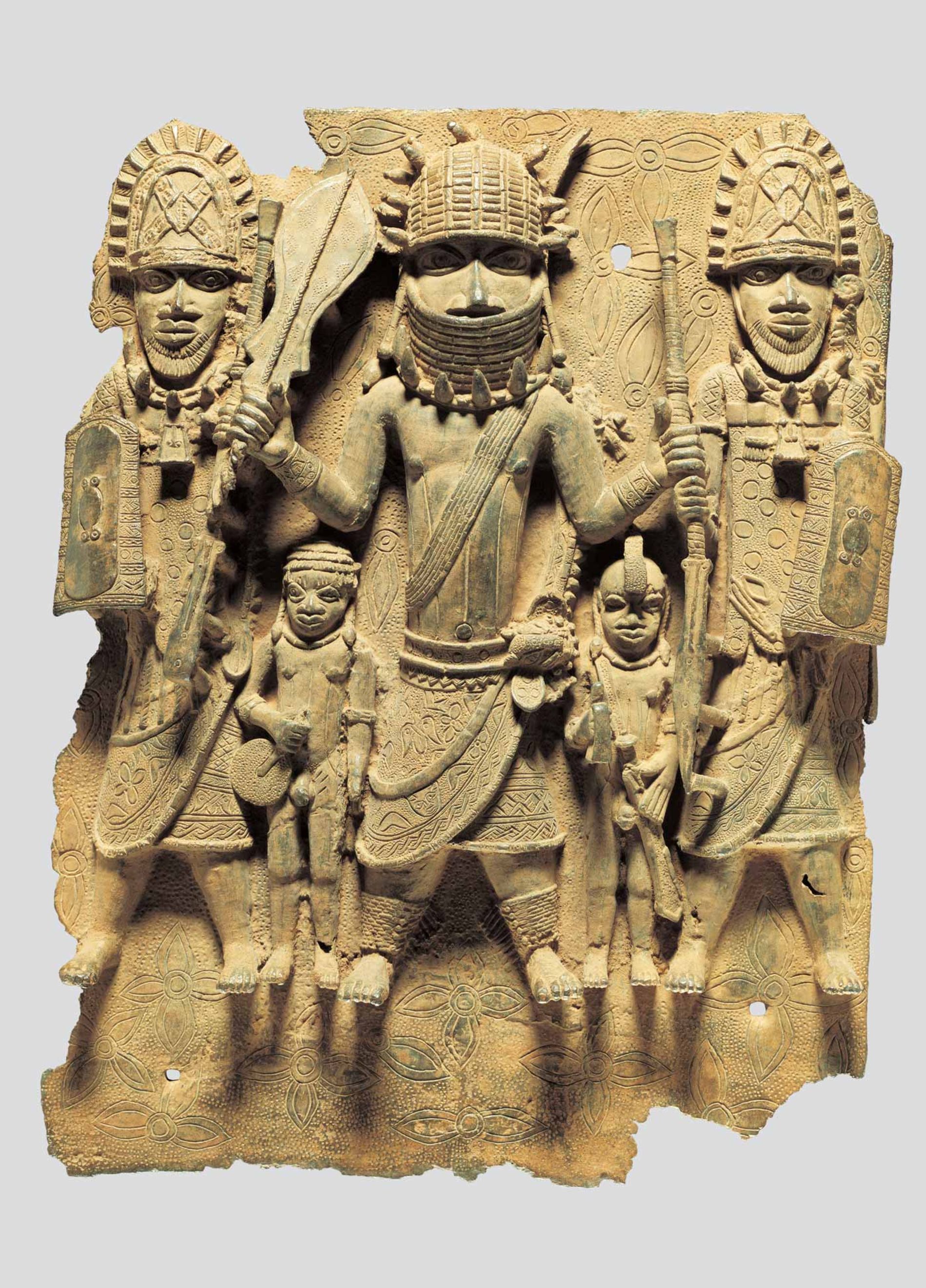 At an April meeting convened by Culture Minister Monika Grütters, leading museums and representatives of the German states agreed that the details of all the Benin bronzes in German museum collections will be published online by 15 June. Comprehensive provenance details are to be published by the end of this year on the website of the government’s Contact Point for Collections From Colonial Contexts.

Given that timetable, “the particular urgency for support at short notice is a given,” the Lost Art Foundation said. It added that museums do not need to raise their own funding in order to qualify for the aid.

Grütters has said that Germany’s approach to the Benin bronzes is a test of its commitment to “face up to our historical and moral responsibility to illuminate and come to terms with Germany’s colonial past.”

“We are aiming for as much transparency as possible and above all, substantial restitutions,” she said in a statement after the April meeting.