“We are facing up to our historical and moral responsibility”, says culture minister Monika Grütters 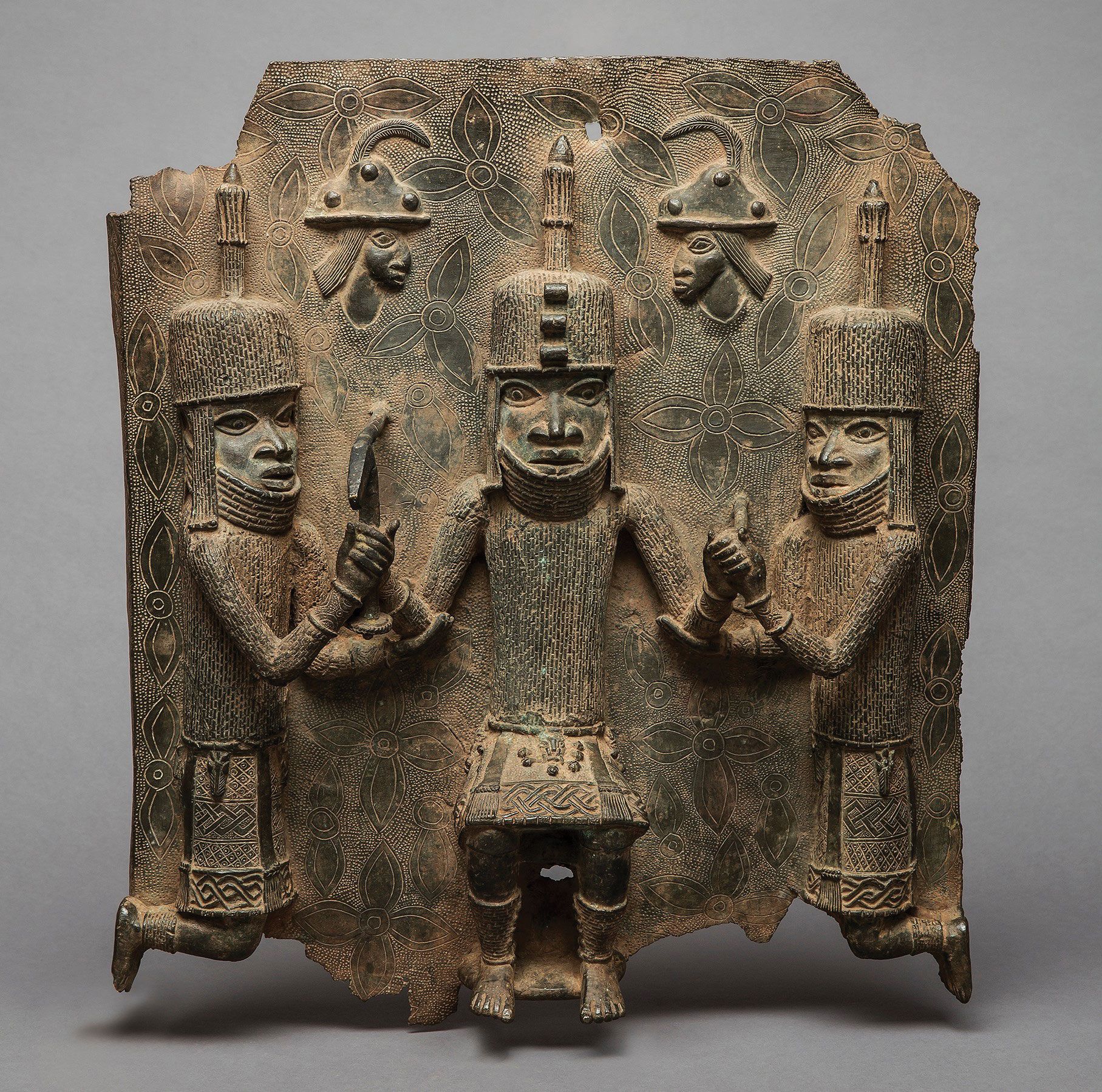 A Benin relief plaque (16th-17th centuries) showing the King with two dignitaries, currently in the collection of the Museum am Rothenbaum (MARKK) in Hamburg Photo: © Paul Schimweg/MARKK

The German government and directors of the country’s leading museums have agreed to develop a timetable for the permanent return to Nigeria of Benin artefacts looted in a British military raid in 1897, with the goal of handing over the first of the stolen artefacts in 2022.

The federal culture minister Monika Grütters met yesterday with the culture ministers of four German states and the heads of ethnological museums in Berlin, Stuttgart, Cologne, Leipzig and Hamburg, all of which have substantial collections of Benin bronzes. The aim is to ensure a coordinated national approach to restitution and reach a joint settlement with Nigeria. In total, around 25 German museums possess looted items from Benin.

“We are facing up to our historical and moral responsibility to illuminate and come to terms with Germany’s colonial past,” Grütters says in a statement. “The way we handle the Benin bronzes is a touchstone for this. We are aiming for as much transparency as possible and above all, substantial restitutions. We are planning the first returns in 2022.”

The museums summit follows the March announcement that the German foreign ministry is negotiating a series of cultural projects with Nigeria, including the restitution of looted Benin sculptures and reliefs in German museum collections. The deal also foresees German participation in archaeological excavations in Benin City, training for Nigerian museum staff and the construction of the new Edo Museum for West African Art.

The German government and museum leaders said yesterday that they will “quickly and in coordination engage in further talks with the Nigerian side about restitution and future cooperation; this will include efforts to reach agreement with the Nigerian partners on how the Benin bronzes can be shown in Germany in future”. Other German museums which were not represented at the meeting are invited to take part in this process.

The participants also agreed that the Contact Point for Collections from Colonial Contexts, a central entity managed by the Cultural Foundation of the States (Kulturstiftung der Länder), will publish details of all the Benin bronzes in German museums online by 15 June. The museums agreed to provide comprehensive provenance information for each object by the end of 2021.

The foreign minister Heiko Maas hailed the agreement between the government and museums as “a turning-point in our approach to colonial history”. He said: “Even if there are still a few steps to be taken, the government, states and museums are now all pulling together and we will find solutions together with our Nigerian partners.”