In Supreme Court filings, the country claims the sale of a valuable collection at a deep discount during the Nazi-era did not violate international law 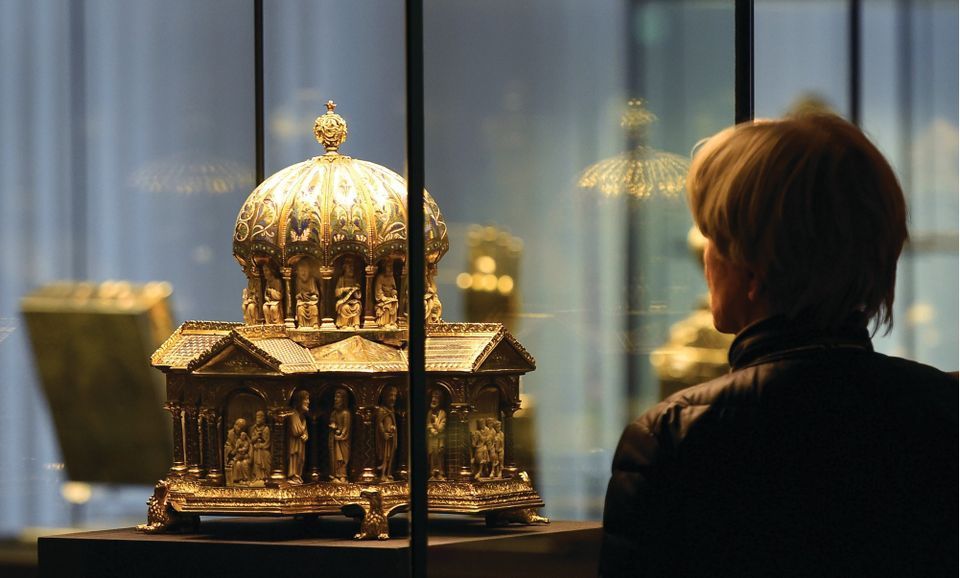 On 7 December, the US Supreme Court will hear oral arguments on whether the heirs of German Jewish art dealers can sue in US courts to recover the famous Guelph Treasure from Germany. The dealers’ heirs say the 1935 sale of the collection of medieval church reliquaries, directed by Nazi leader Hermann Goering, was coerced at a reduced price and was part of Germany’s genocide of the Jews, violating “international law”. But the filings already submitted to the court by Germany and the US government have raised concerns from a bipartisan group of Congressional members, who have written letters to the German ambassador and US officials, including Secretary of State Mike Pompeo.

The Guelph Treasure case hinges on whether the US Foreign Sovereign Immunities Act (FSIA) allows a nation’s own citizens to file claims for an unlawful taking in US court. The law itself is thunderously silent on this point. Germany and the Prussian Cultural Heritage Foundation (SPK), which now administers the Guelph Treasures, have urged the Supreme Court to drop the heirs’ suit saying the statute has been “universally understood” to bar suits over a country’s takings from its own citizens. But the heirs say the Supreme Court would have to “insert text” into the statute to create such a restriction.

The Frankfurt-based Jewish dealers bought the Guelph Treasure, which includes gilded works from the 11th to 15th centuries, in 1929. In 1935, two years after the Nazi takeover of Germany, they sold the balance they still held to the Prussia government. Under the Nazis, the heirs say, the dealers suffered direct persecution, “catastrophic economic hardship”, “physical peril”, and step by step were deprived of their ability to sell art to survive, leaving the dealers with “only one option left,” selling the treasure to the Nazis. At “barely a third” of its value, the sale was part of Germany’s genocidal goal to deprive Jews of their livelihood, the heirs say. In 2018, the federal appeals court in Washington, DC ruled that the heirs had properly alleged a taking in violation of international law in their claim that “the taking amounted to the commission of a genocide”. The collection, now housed in Berlin’s Kunstgewerbemuseum (Applied Arts Museum), is estimated to be worth at least €200m.

But Germany and the SPK say that under the FSIA, for a taking to go against “international law”, it must be done against a non-citizen. The act does not remove a foreign state’s immunity from lawsuit for a violations of human rights including genocide, they say in their court brief, adding that genocide is not a property law rule, so FSIA’s takings exception does not even apply. Germany and the SPK warn that the lower court decision, if left standing, would “open the floodgates” to lawsuits requiring foreign countries to defend themselves in US courts on human rights claims. They also say US courts should be permitted to abstain from lawsuits over a foreign nation’s domestic actions under principles of “international comity.” The SPK and Germany further argue that the dealers bought the Guelph works just before the 1929 stock market crash and that the reduced 1935 sale price reflected the Great Depression. The Trump Administration has filed a brief supporting the SPK. Five European countries have filed diplomatic notes with the US government supporting the SPK.

The arguments made by Germany and the SPK led a bipartisan group of US Congressmen to send a letter of protest last week to the German ambassador, saying it seemed the country was claiming that “forced sales of art to the Nazi regime do not constitute takings at all,” and that genocide omits economic crimes including “the full elimination of Jews from German economic life starting in 1933”. A similar letter from other members of Congress asked the US Solicitor General to amend the US government’s brief, which they say is at odds with US policy and ignores the Nazis’ “elimination of Jews from German economic life starting in 1933”.

The Jewish dealers’ heirs also reject these arguments, in their brief filed on Monday. “The transaction at the heart of this case began in a letter to Hitler from the mayor of the city where the [dealers] lived; it was pushed along by participants in the conference where the Final Solution was decided; and it was directed by Hermann Goering,” writes Nicholas O’Donnell, the attorney representing the heirs. “If such a coerced sale is not a taking in violation of international law, then nothing is.”