Get the app and the church door will open to you

How often on our walks do we get to an enticing old church, only to find that it’s locked? Mobile phones provide the 'open sesame' 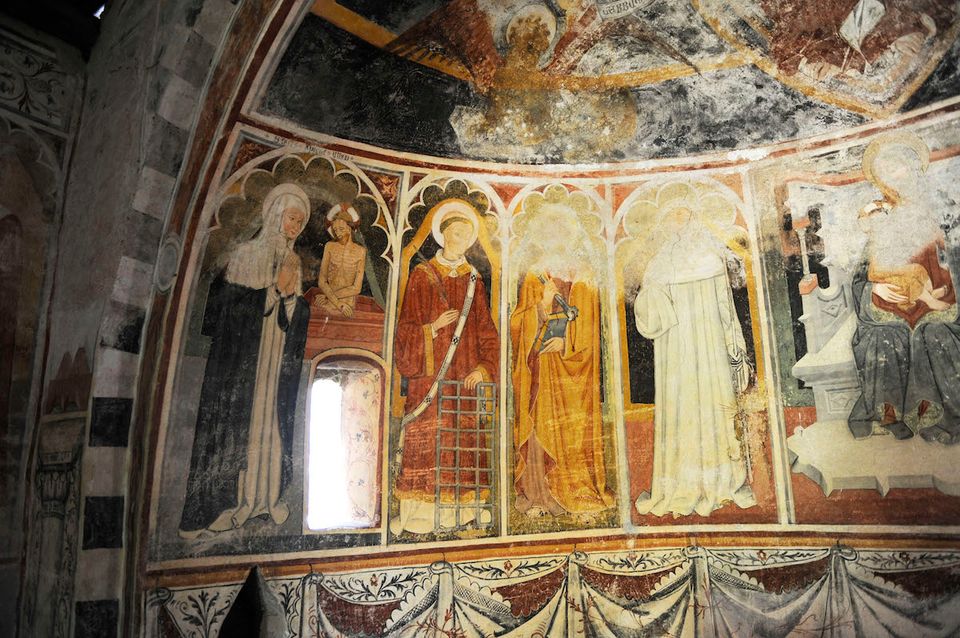 The interior of the San Bernardo at Aosta a Piozzo, one of the churches whose door the app will open Courtesy of Chiese a porte aperte

Eleven churches and chapels in Piedmont, northwest Italy, that have normally been closed to visitors will now be accessible to anyone downloading the app Chiese a porte aperte (Churches with open doors).

This truly unique development is the product of a collaboration between the various dioceses and the Fondazione CRT, an offshoot of the Cassa di Risparmio di Torino bank. It enables the visitor to register and book entry to any of the churches, which is automatic and without charge. A guided tour in Italian, French or English is thrown in as well.

The buildings have been chosen for their architectural or historic interest and because they are on hiking routes, such as the Via Francigena, in the mountains, or near other notable sites. While some of them have medieval frescoes, do not expect them to be full of great altarpieces or silver chandeliers. One condition has been that they contain no movable goods; the other is that they must not have antique doors that would be damaged by the opening mechanism.

The app has been successfully tested on the chapels of San Bernardo at Aosta a Piozzo near Cuneo, and San Sebastiano at Giaveno near Turin. Nine other churches are also accessible.

This ingenious project is part of a larger scheme called Cities and Cathedrals. Giovanni Quaglia, president of the Fondazione CRT, says that this is "flourishing due to the synergy between local organisations, the rooted sense of community, and the opportunities offered by technology to supplement—but definitely not substitute—the valuable contribution of volunteers, who have given so much to the scheme".