She was an important figure of the European country’s avant-garde scene with a career spanning more than six decades, but gained wider international recognition in recent years 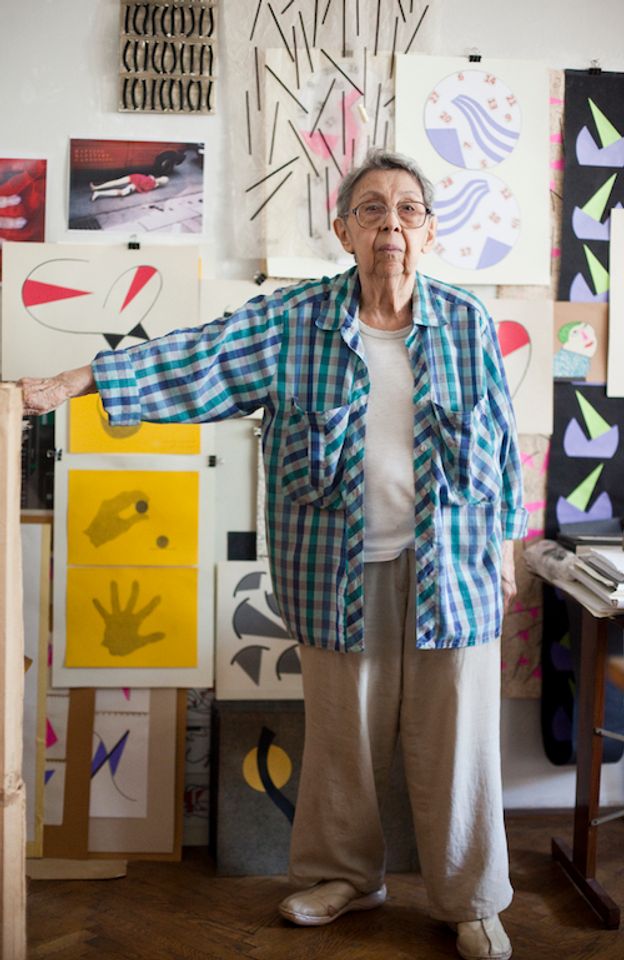 Geta Brătescu in her studio, where she continued to work every day Photo: Stefan Sava

The Romanian conceptual artist Geta Brătescu has died, aged 92. Brătescu, who was born in Ploiești in 1926 and spent most of her life in Bucharest, was an important figure of the Romanian avant-garde with a career spanning more than six decades, but gained international recognition in recent years, having her first major showing at Tate Liverpool in 2015.

In 2017 alone, the artist represented the Romanian pavilion of the Venice Biennale, was included in Documenta 14, had a solo exhibition at the Camden Arts Centre in London and signed under Hauser & Wirth, which organised her first solo presentation in New York (it then travelled to the gallery’s Los Angeles outpost). Earlier this year, Brătescu received a distinction by the Romanian president Klaus Iohannis for her contributions to contemporary Romanian art.

“That Geta lived to see her art embraced so enthusiastically on the international level [...] means so much”, Iwan Wirth, the president of Hauser & Wirth, said in a statement, adding that Brătescu was a “true artist who, even in the darkest times, maintained her sense of playfulness and freedom”.

Brătescu’s artistic practice included performances, drawings, textiles, films, installations, photography and printmaking. She was said to work in her studio everyday and her late works have a playful element.

Brătescu studied at the Bucharest School of Bella Arte in the mid-1940s but, as an artist of middle-class background, was expelled from the programme after the Communist government declared a “class war”. In an interview with Calvert Journal last year, Brătescu expresses that questions about the Communist regime bored her, and she resumed her studies in the late 1960s as a member of Romanian Artist’s Union, which she joined in the late 1950s. She later worked as an illustrator and longtime graphic designer of the Romanian cultural magazine Secolul XX.

In a conversation with the curator and writer Christophe Cherix at her studio in 2012, Brătescu said: “I like to create, I like to choose, I like to risk [and] I like the game”, and expressed that throughout her life she, “travelled a great deal to visit museums [but] not as a tourist—I made research trips, so to speak—and I think I learned one thing: that art is something very serious and that an artist must be responsible”.