The conservation projects include the National Art Schools in Havana, the Gateway Arch in St Louis and the Salk Institute for Biological Studies in California 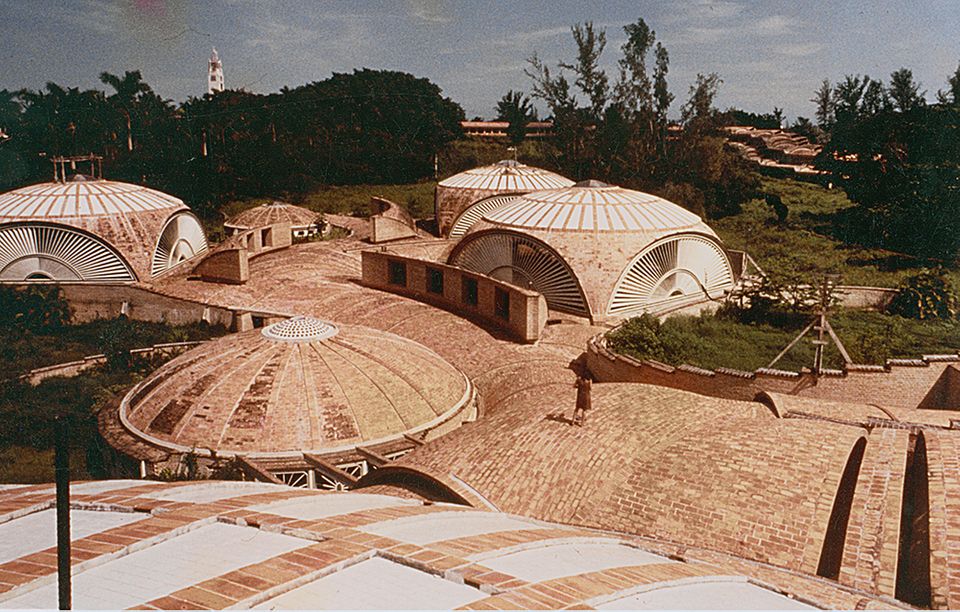 The Getty Foundation announced today (11 October) that it would funnel over $1.7m in grants for the conservation of 11 striking 20th-century structures through its Keeping It Modern programme. The initiative, launched in 2014, helps identify Modernist buildings around the globe that are in need of remediation and calls attention to the particular challenges involved in conserving 20th-century industrial materials.

The grants include the first stipends awarded for the conservation of buildings in Cuba, Lebanon, Bosnia and Herzegovina, Georgia and Ireland, the Getty says.

Among the targeted structures are the brick and terracotta National Art Schools in Havana, Cuba, a utopian project designed in 1961 to reflect Fidel Castro’s and Che Guevara’s revolutionary ideals. Known for their unusual domes and vaults, the schools fell out of favor and were abandoned in 1965 before they were fully constructed. The Getty said the grant would go toward the collection and evaluation of historical documentation, technical studies on materials, the creation of computer models for flood risk, energy and environmental sustainability studies, and the development of a conservation management plan.

As the list reflects, conservation of concrete and steel remains a perennial concern with many landmark 20th-century buildings. Among the other grant recipients are the Gateway Arch in St Louis, whose stainless steel cladding has been prone to soiling and wear; the History Museum of Bosnia and Herzegovina in Sarajevo, where hot and cold weather extremes have led the concrete to expand and contract and thus deteriorate; and the Salk Institute for Biological Studies in La Jolla, Calif., where corrosion of embedded reinforced steel has caused the concrete to become distressed and water runoff has caused discoloration.

The buildings also include the Rashid Karami International Fairground in Tripoli, Lebanon; the Chess Palace and Alpine Club in Tbilisi, Georgia; St Brendan’s Community School in Birr, Ireland; the auditorium of Delft University of Technology in the Netherlands; and the  School of Mathematics at the Universitá degli Studi di Roma in Italy.

Rounding out the list are the Collegi Universitari at the Università degli Studi di Urbino Carlo Bo in Urbino, Italy, and the Engineering Building at the University of Leicester in England.