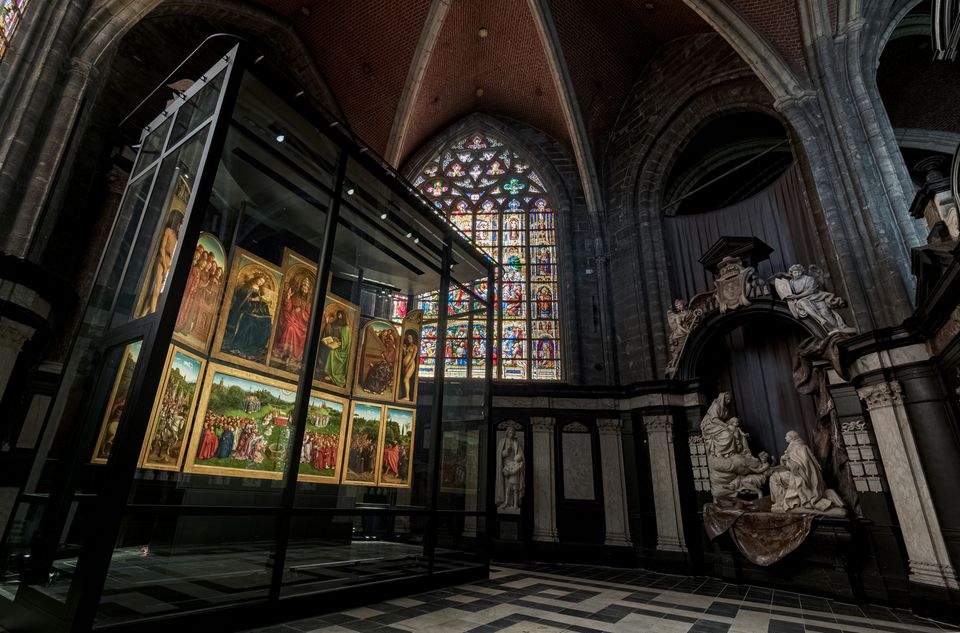 The Ghent Altarpiece will be open during the day Photo: © Cedric Verhelst

One of the masterpieces of European Medieval art, the Adoration of the Mystic Lamb altarpiece by the brothers Jan and Hubert Van Eyck, is being unveiled today in its new home in the Cathedral of Saint Bavo in Ghent, for which it was created in 1432.

The significance for the city of the work usually known simply as the Ghent Altarpiece was underlined by the attendance of the Bishop of Ghent Lode van Hecke, and the Flemish Prime Minister Jan Jambon. The event was originally planned for last year, coinciding with an exhibition with major international loans of work of Jan Van Eyck—by far the more famous of the brothers—but the coronavirus pandemic forced the early closing of the exhibition, which had been completely sold out in advance for its entire run.

Bishop Van Hecke said of the altarpiece: “ It confronts us with human' eternal quest for mystery. I am convinced that many people will find personal resonance here.” 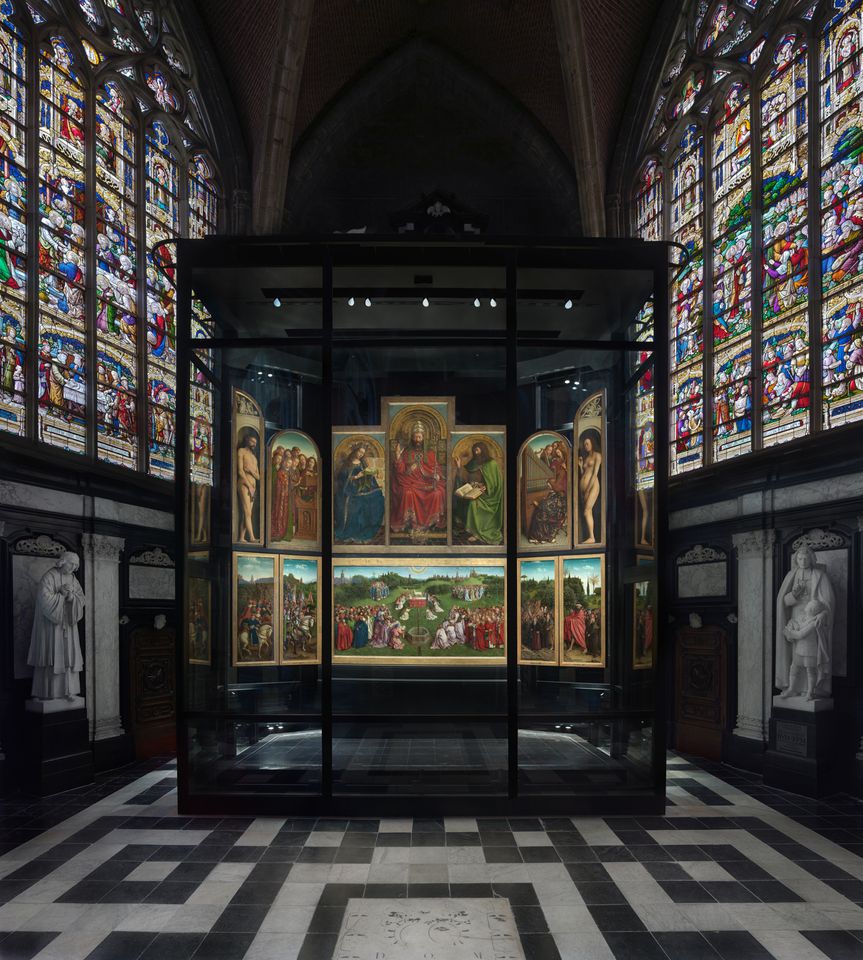 The altarpiece had been moved several times in the cathedral over the centuries, and will now be seen in one of the largest chapels, close to its original site. After years of conservation work, which revealed many lost details and the glowing colour of the original paint surface, it is now displayed in a six-metre tall climate controlled glass case. The huge case allows the wings of the 12-panel altarpiece to be opened automatically each morning and closed again in the evening, and for visitors to see both the jewel-like fronts of the 12 panels, and the more muted paintings on their reverse of Old Testament figures and the 15th-century donors who commissioned it. The case will protect the panels from direct sunlight, and from erratic temperatures in the building which can fall as low as 2c in winter, and incorporates a backup passive system in case of a power failure.

All the interpretation has been moved to a new visitor centre in the crypt, where visitors will learn of its creation, the complex allegorical scenes and its later history, through augmented reality headsets, before moving up into the main cathedral to see the real thing. The display and the visitor centre, which open to the public on Monday, are part of a €30m project, which has also provided the first full disabled access to all four levels of the cathedral through a new staircase and lift tower. 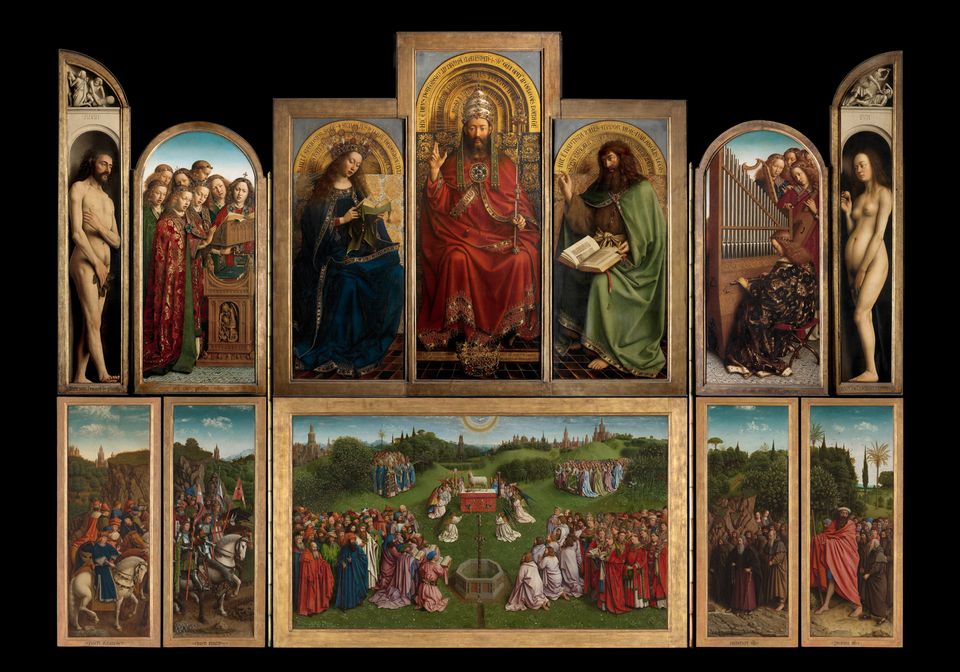 The inner panels of the Ghent Altarpiece (1432) Photo: © Dominique Provost

The altarpiece was recognised as a revolutionary masterpiece from the start, but over the centuries suffered vandalism, iconoclasm (including the dismantling of its original ornate frame) and theft. Both Napoleon and Hitler had designs on it, it was smuggled out of the cathedral overnight in the First World War to protect it, and one panel which may have included self portraits of the Van Eyck brothers—later replaced by a copy—was stolen in 1934 and never recovered.

Its most recent problems have been the sheer number of tourists crowding into a small side chapel near the cathedral entrance. Seeing it will continue to be a privileged experience for some time: Covid-19 restrictions mean only 350 tickets a day for the augmented reality experience, and only five people at a time will be admitted to the altarpiece chapel. The city will also host a series of other postponed Van Eyck events.

More conservation work is planned on some of the panels: the project has already revealed some surprises, including the unnervingly human eyes of the central figure of the lamb, which had been overpainted centuries ago.