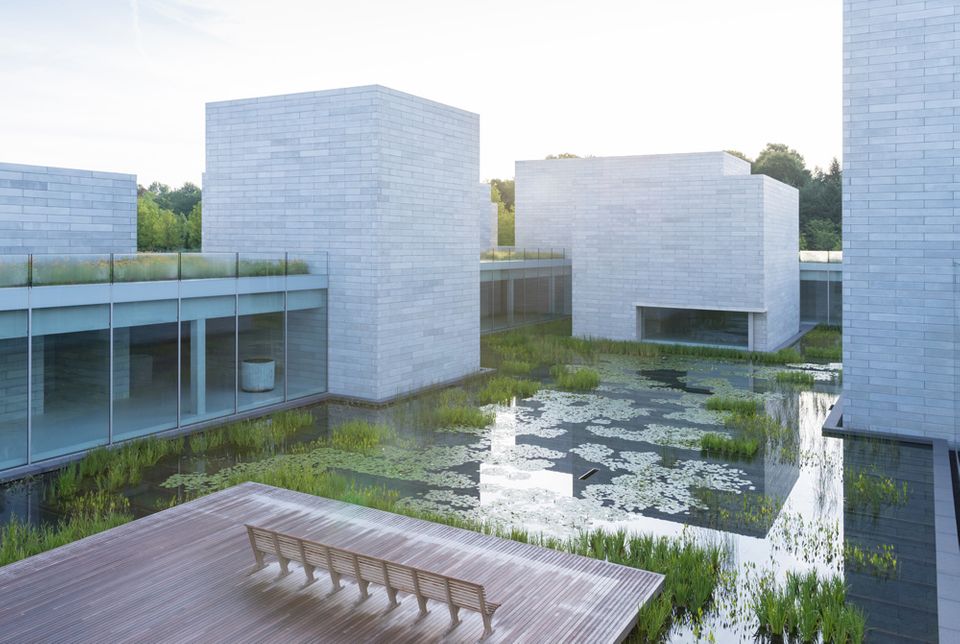 The water court at the Pavilions, opening at Glenstone on 4 October Iwan Baan; courtesy of Glenstone Museum

A 14ft-wide painting made by Mark Rothko in preparation for the Seagram murals and David Hammons’ controversial portrait of Jesse Jackson as a white man are among the cornerstone works that will inaugurate Glenstone Museum’s long-awaited expansion when it opens on 4 October. Set within 230 acres of rolling countryside in Potomac, Maryland, around 15 miles from Washington, DC, Glenstone is soon to become one of the largest private museums in the US.

The museum founded by the billionaire industrialist Mitchell Rales and his wife Emily, who continue to live on the property, has kept a relatively low profile since it opened in 2006. While admission is free, visitors are advised to make an appointment in advance and the operating hours run from Thursday to Sunday. With the Pavilions, a new 204,000 sq. ft building designed by the architect Thomas Phifer, Glenstone is expecting to increase its visitor capacity fourfold, from 25,000 to around 100,000 a year.

The project will preserve the “unhurried and contemplative” experience of the existing museum and sculpture park, says Emily Rales, the director and chief curator. New walking trails will lead visitors around “many more outdoor sculptures” set within 130 acres newly landscaped by the California-based firm PWP. The addition of two cafés offers “places to rest and refuel” so “visitors may spend half a day or perhaps even a whole day here”, she says. 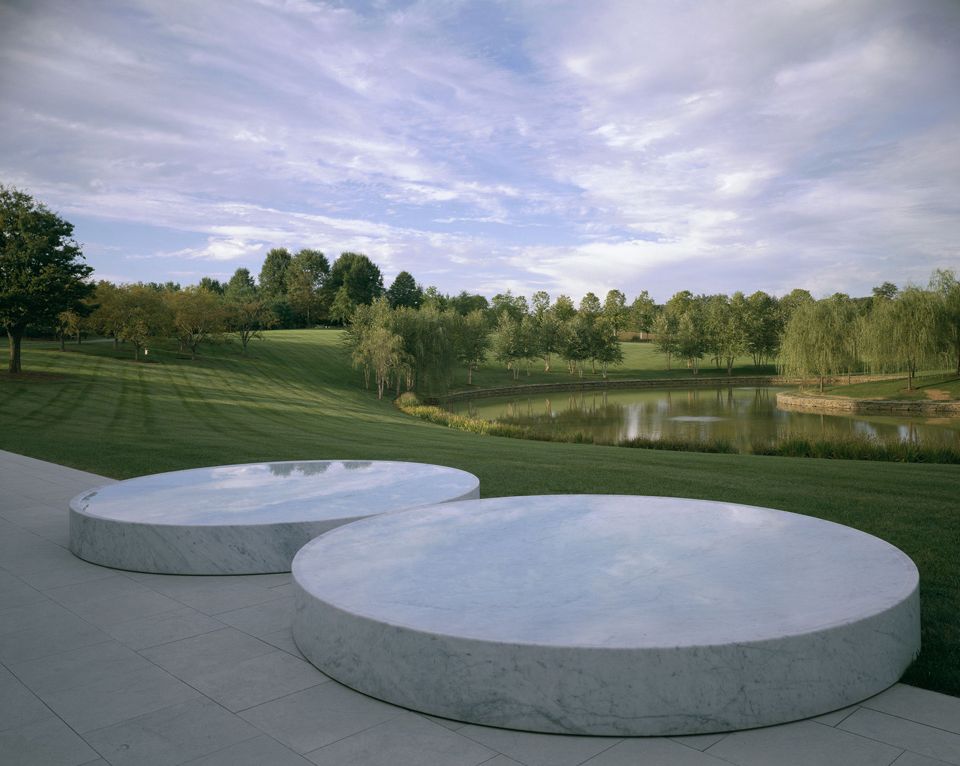 At the heart of the scheme is the Pavilions, a ten-minute walk away from the museum’s original Gallery building. A cluster of 11 interconnecting rooms, partially embedded in the landscape and centred around a water garden, the complex gives the museum 50,000 sq. ft more exhibition space (almost six times as much as the current 9,000 sq. ft). For the first time, the couple will be able to exhibit a “broad swathe” of Glenstone's collection of postwar and contemporary art, which currently comprises around 1,300 works and continues to grow, Rales says.

A number of rooms will be dedicated to larger installations and groupings of works by single artists, including Michael Heizer, On Kawara, Brice Marden, Charles Ray and Cy Twombly. The sparing curatorial approach will be complemented by Phifer’s minimal architecture, incorporating “many places to pause, sit on a bench and gaze out at the water court”, Rales says.

In the 12 years since she and her husband first opened the museum—and conceived plans for an expansion—their taste has broadened far beyond his initial core of masterworks, from Matisse and Calder to Ellsworth Kelly and the Abstract Expressionists. “So many of the artists were very well known in this country and were part of the accepted canon of art history as well,” Rales says. By contrast, the inaugural display in the largest of the rooms in the Pavilions will include 65 works by 52 artists encompassing avant-garde movements such as Japanese Gutai and Brazilian Neo-Concrete as well as European artists like Dieter Roth and Martin Kippenberger whose works are less represented in US museums. The gallery is “meant to capture how far the collection has come”, she says. 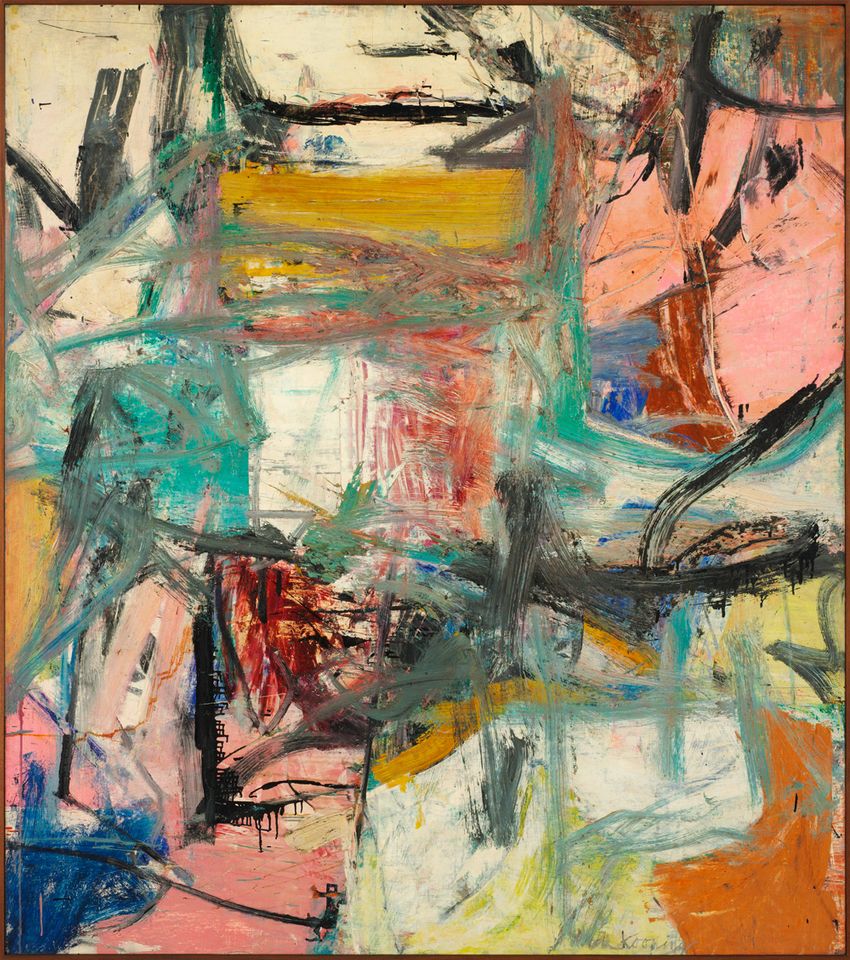 “Pride of place” will nevertheless go to Rothko’s No. 9 (White and Black on Wine) (1958), which the painter described as a transitional piece foreshadowing the Seagram murals of the same year. The work, which was part of Glenstone’s first show in 2006, will be on view alongside those of Rothko’s fellow Abstract Expressionists, Willem de Kooning and Jackson Pollock, harking back to the roots of the collection in abstract painting, Rales says.

The display will culminate in a work that apparently belies the museum’s ethos of calm and contemplation, David Hammons’s politically-charged How Ya Like Me Now? (1988), acquired by the Raleses in 2008. Commissioned for a Washington exhibition exploring African-American culture’s influence on Modern art, the billboard-sized painting on tin depicts Jesse Jackson, the black civil rights activist and then Democratic candidate for the US presidency, as a blond, blue-eyed white man. The piece was attacked by a group of black men almost as soon as it was installed. Still damaged, it will go on view at Glenstone surrounded by sledgehammers—a modification suggested by Jackson himself after the furore.

Hammons’s work “narrates our history and has incredible resonance today”, Rales says. “I do believe that art has to challenge what people think about the world.” Glenstone’s serene environment aims to give visitors room for much-needed reflection, she says, on “a very immersive and sometimes overwhelming art experience”. 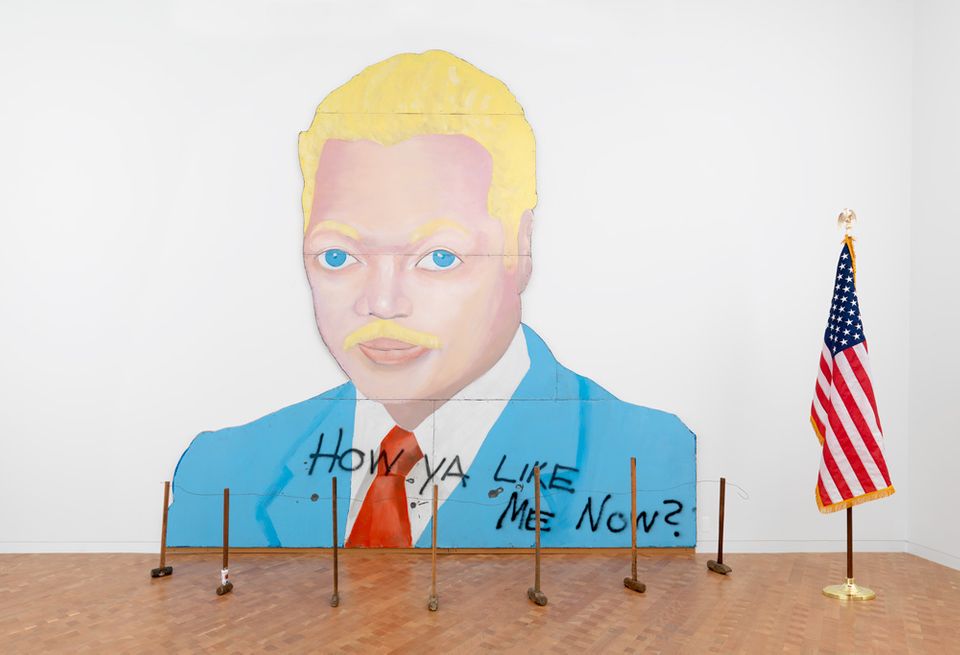 David Hammons's controversial, still-damaged How Ya Like Me Now? (1988) will be installed with sledgehammers David Hammons; photo: Tim Nighswander/Imaging4Art.com; courtesy of Glenstone Museum
More NewsTopicsOpeningsBuilding projects