Glenstone’s giant $200m expansion is ready, but will visitors come?

Collectors’ private museum, scrutinised by US Senate for limited access, could draw 100,000 people a year 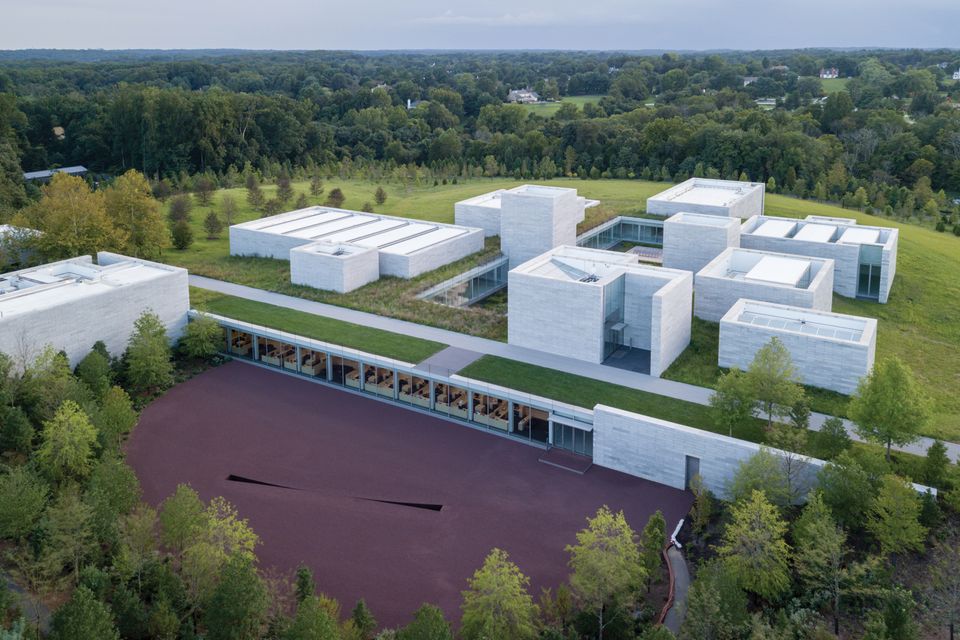 An affluent Maryland suburb will soon be home to one of the world’s largest private museums. The long-awaited $200m expansion of Glenstone Museum, launched in 2006 by the US collectors Mitchell and Emily Rales, is due to open on 4 October on the couple’s 230-acre estate in Potomac, around 15 miles from Washington, DC. The Pavilions, a 204,000 sq. ft complex designed by Thomas Phifer and Partners, and the existing 30,000 sq. ft Gallery by Charles Gwathmey, have more exhibition space between them than the Whitney Museum of American Art in New York. Amid the global boom in splashy single-donor museums, Glenstone is also notable for the size of its founders’ ambitions. The Raleses say they aim to develop a “community museum” that will endure for “hundreds of years”, a Frick Collection for art of the 20th and 21st centuries.

In search of inspiration and advice for the expansion, the couple visited around 50 art institutions worldwide, including Denmark’s Louisiana Museum of Modern Art, Brazil’s Inhotim Institute and the Crystal Bridges Museum of American Art in Bentonville, Arkansas. From natural lighting to loading docks, “we saw different things at every museum that informed our judgements”, says Mitch, the billionaire co-founder of the science and technology firm Danaher, who grew up in nearby Bethesda. 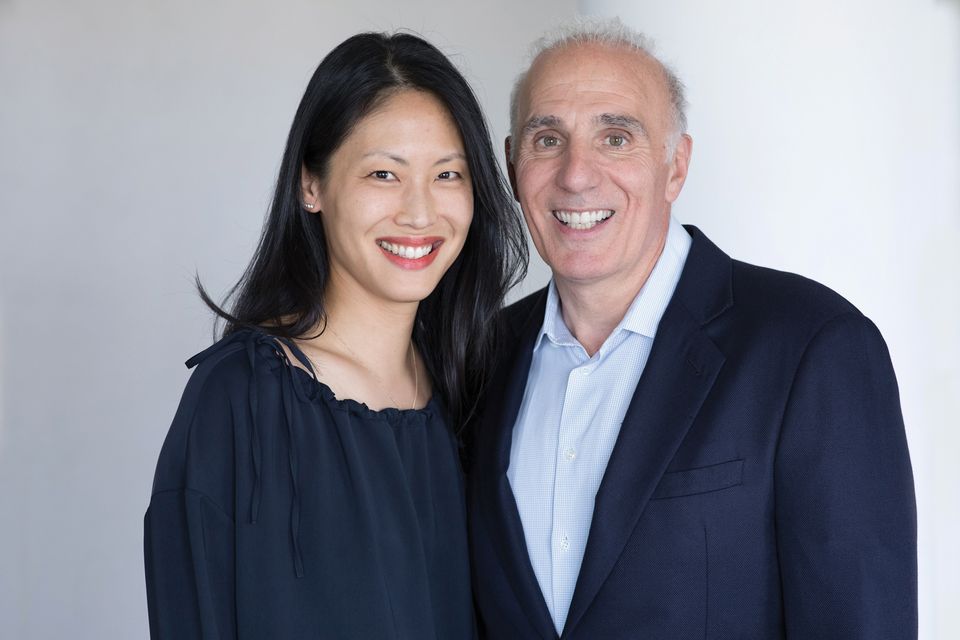 The Raleses have also taken a meticulous approach to collecting post-war and contemporary art, building deep holdings of artists such as Louise Bourgeois, Roni Horn and Richard Serra. They say they avoid auctions or fairs and only buy works by artists who have exhibited for at least 15 years. “History takes 30, 40, 50 years to sort things out,” Mitch says. “People forget that because the market is so overheated,” adds Emily, an art historian who serves as Glenstone’s director and chief curator.

The expansion enables the museum to show more of the 1,300-strong collection “without crowding” the art or the visitors, she says. The inaugural Pavilions displays feature just 83 works across 11 galleries. But among nine spaces dedicated to single artists, two house installations so imposing that they will be permanent: Robert Gober’s charged prison-like room with working plumbing, Untitled (1992), originally shown at New York’s Dia Center for the Arts, and Michael Heizer’s Collapse (1967/2016), a steel sculpture dug into the ground of a roofless gallery. Emily is working with the sculptor Charles Ray on a ten-year programme of rotating works for his pavilion.

“We recognise that we have the time and the resources to be able to deliver an artist’s vision, more so than other institutions can,” she says. Unlike most museums in the expensive field of contemporary art, Glenstone is not constrained by an acquisitions budget, committee or board of trustees. The non-profit operating foundation, of which Mitch and Emily are chairman and president respectively, had art assets worth more than $1.1bn at the end of 2016, according to its most recent tax filing.

The accessibility of those assets has drawn scrutiny in the past. According to the New York Times, Glenstone received fewer than 10,000 visitors between 2006 and 2013. In 2015-16, Senator Orrin Hatch, the chairman of the US Senate Finance Committee, led an enquiry into the public benefit of 11 private art museums operated by tax-exempt 501(c)(3) foundations, including Glenstone. He questioned founders about opening hours and visitor numbers as well as loans and grant-making. In a concluding letter to the Internal Revenue Service (IRS), Hatch expressed concern that some museums “are not readily accessible by the general public” and that “this area of our tax code remains ripe for exploitation”.

Glenstone “did not deserve to be in that category”, Mitch says, adding that he and Emily had earlier sought a private letter ruling from the IRS to “tell us what we can and can’t do”. They estimate that the new facilities, including more parking and two cafés, will dramatically increase visitor capacity, from 25,000 to 100,000 people a year. (Visitor attendance to the ten-month Roni Horn exhibition in 2017 was 12,500, a spokeswoman says.) Admission is free but reservations are required to maintain Glenstone’s “serene and contemplative environment”. The current limit of around 400 people a day is “a work in progress”, Mitch says. The schedule will eventually move from four days a week to “five and maybe even six”. Early indications suggest there is growing demand: all the half-hourly time slots for October and November are fully booked (December’s will open on 1 October).

Nevertheless, Emily says they will measure Glenstone’s success not by attendance but by “qualitative” metrics, such as visitor surveys and testimonials from school groups. Among all the museums on the Raleses’ research tour, the Louisiana near Copenhagen stood out for the “sheer delight” it inspires locally, she says. “We want this place to feel like the community belongs here.” 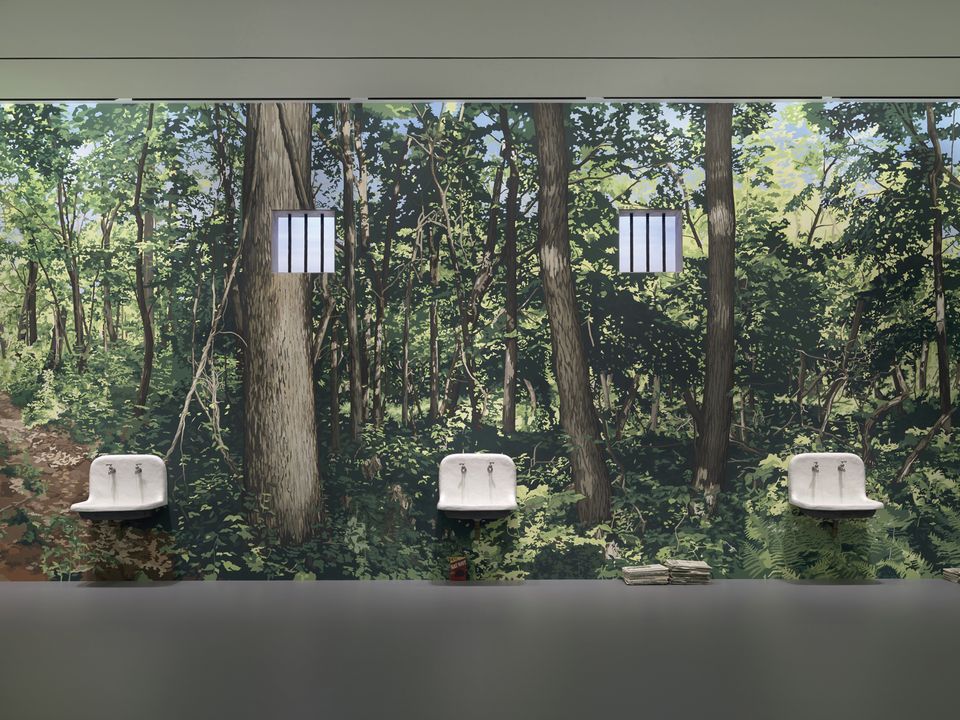 Bumps along the way

The road has not been smooth. The “single most difficult process” was securing permission from Montgomery County in 2012 for a connection to the public sewer system, amidst criticism from environmentalists, Mitch says. Billed as a combined experience of art, architecture and nature, Glenstone now has an environmental centre with displays and classes on its organic landscaping and sustainability practices.

The foundation is also facing a $24m lawsuit filed in late August by Hitt Contracting, the construction firm that oversaw the expansion, claiming that the project was “disorganised” and that “a torrent of changes” caused “extensive delays and significant extra costs for Hitt and its subcontractors”. Glenstone declined to comment on pending litigation; a court date had not been set as we went to press.

Whatever the outcome, it is unlikely to deter the Raleses’ long-term legacy plans. Glenstone “will be handsomely endowed to continue collecting for a century to come”, says Mitch. He plans to set up an endowment as well as a “world-class board” in five to ten years. Emily cites New York’s Frick as a model of a museum that has evolved while preserving its founder’s tastes. The couple’s successors will be instructed to buy only works by artists already represented in the collection, but to stop after the artists’ lifetimes. “We felt that it would be better to concentrate on this creative moment in time, the 20th and 21st centuries, and that’s it,” she says.