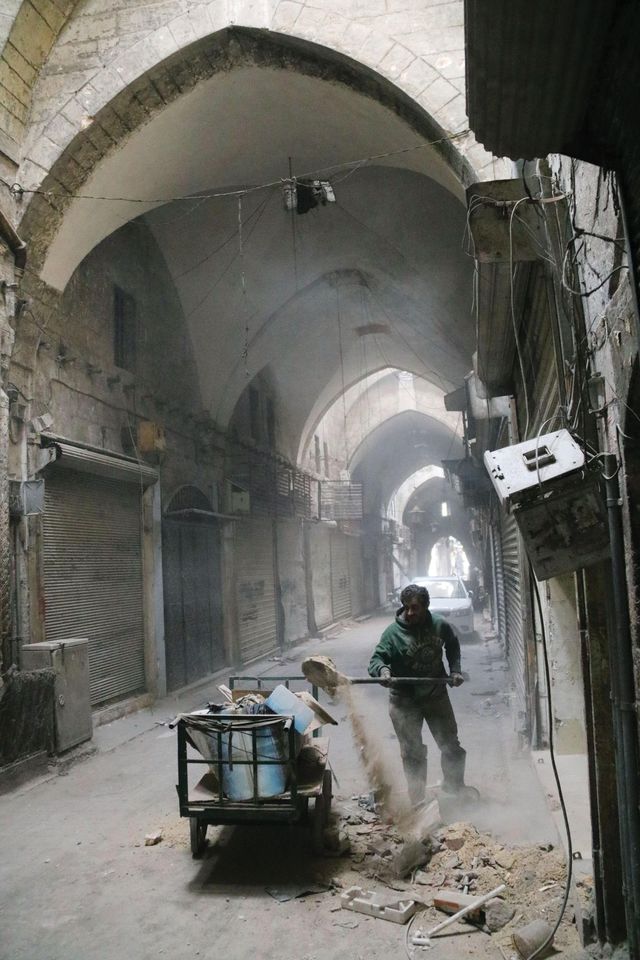 Experts from the Aga Khan Trust for Culture (AKTC) are calling on the international heritage community to support the reconstruction of the Old City of Aleppo as an “urgent humanitarian need”. Seven years into Syria’s civil war and with wide-ranging sanctions against Bashar Al-Assad’s regime, the Geneva-based organisation is leading pilot conservation projects in the 364-hectare Unesco World Heritage Site, which was a battleground from 2012 to 2016. The trust is also working on a five-year masterplan, an advisory document for the Syrian authorities, which champions conserving cultural heritage as a catalyst for Aleppo’s social and economic recovery.

“The city is ready to receive help,” says Francesco Bandarin, the former Unesco assistant director-general and a member of AKTC’s steering committee. Eighteen months after the fighting between Syrian government forces and rebels ceased, the damage to Aleppo’s historic core—an outstanding example of continuously inhabited Medieval Arab architecture—is reminiscent of destroyed German cities after the Second World War, he says. It will “require many five-year masterplans, not just one”.

Speaking to The Art Newspaper ahead of Unesco’s World Heritage Committee meeting in Bahrain (24 June-4 July), Bandarin said that Aleppo’s heritage “is not yet supported as it was and as it should be” by the international community. There is an inconsistency, he says, between the official expressions of solidarity with the population, condemning the destruction, and the lack of participation on the ground. Citing the World Heritage Convention adopted by Unesco in 1972, Bandarin says: “I think we all agree that the international obligation is to protect World Heritage sites, wherever they are.”

Aleppo “deserves international resources”, says Luis Monreal, the general manager of AKTC, not only for its “exceptional” cultural heritage, but because “the population is returning—it is an urgent humanitarian need to bring opportunities to them”. This social emphasis is characteristic of the urban regeneration projects that the trust—an agency of the private Aga Khan Development Network founded by the Ismaili Muslim leader—has undertaken across the Islamic world. Its Historic Cities programme has created lush parks in Cairo and Kabul and restored a Mughal emperor’s tomb in Delhi.

The “psychological aspect” is as significant as the physical transformation

The trust has worked in Syria since 1999, when the government asked it to join forces with the Syrian Directorate-General of Antiquities and Museums (DGAM) to conserve the citadels of Aleppo, Salah ad-Din and Masyaf. The trust “maintained operating entities throughout the war, at standstill”, Monreal says. In 2016, it joined with DGAM and the Syria Trust for Development—an NGO under the patronage of the First Lady Asma Al-Assad—to explore reconstructing Aleppo “once the time arrived”, he says.

To those critical of co-operating with a sanctioned regime, Monreal says that AKTC is a “technical” institution without a political agenda. Its partnerships with local and national governments “can survive the change of regimes”. The current Syrian government “does not receive subsidies or assets from us”, Monreal says. The trust secured the endorsement of the Swiss foreign affairs department two years ago to “make sure our activities could not be construed as breaking sanctions”.

“Phase zero” of AKTC’s projects began weeks after the government retook Aleppo in December 2016. The trust worked with Iconem, a French startup that specialises in the 3D digitisation of heritage sites, to conduct a damage assessment in three priority “action areas”: the souks and the Umayyad mosque to the west; the citadel; and two historic residential districts to the east. Drone photographs taken by Iconem were used to create a digital 3D model to guide the reconstruction.

The assessment suggests the damage to the Old City is “not irretrievable” but variable in different areas, Monreal says. Around 20% of the urban fabric has been lost or severely destroyed, he says. A 98m-long section of the Al-Madina souk is the first pilot site for rehabilitation. The labyrinthine, 12km-long Ottoman covered marketplace was a vibrant trading centre for centuries, until it caught fire in 2012. 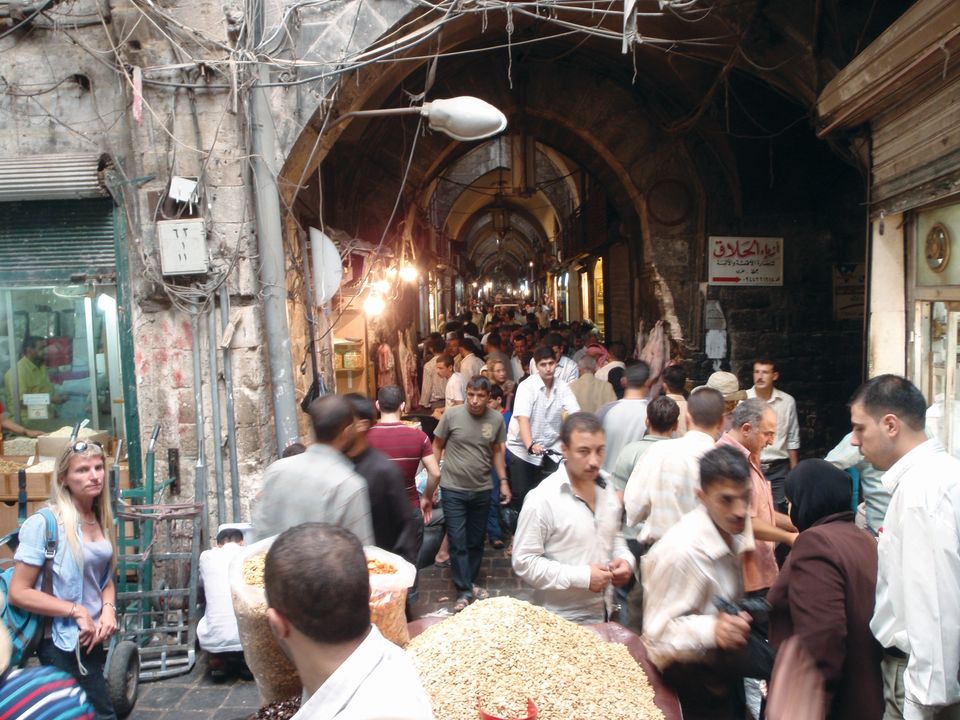 The souk, teeming with people, in 2010 Martin Gotthard

The eight-month restoration, which involves local entities and residents, is due to begin later this month, says AKTC’s field project manager, Thierry Grandin. To meet international standards, the shop owners have agreed to demolish illegal constructions, while utilities agencies will overhaul the water, drainage, electricity and communications systems.

The souk represents “the best opportunity to start the work”, Monreal says, because of its “relatively good condition”. It was also judged to have an immediate impact on the community, providing “economic stimulus and work opportunities”. The “psychological aspect” is as significant as the physical transformation, Monreal says, to “rally civil society and bring stakeholders”.

In the citadel, meanwhile, 40 Syrians are learning masonry skills, and 59 additional locals attend seminars on stone restoration. The programme, which Unesco has supported with a grant, “supports a very important intangible heritage that is essential [in order] to restore the tangible heritage”, Grandin says. The trainees have already conserved an Ottoman windmill and parts of the Ayyubid palace.

The efforts of AKTC alone, however, “will not be enough”, Grandin says. “It will need a lot more agencies and experts, especially in urban design, to support the city.” The trust puts the cost of rehabilitating the three priority areas at $75m. But its previous model of co-financing projects with European governments will remain out of bounds until the political situation improves, Monreal says.

“We are not talking about billions of dollars,” Bandarin says. “Many countries and private donors can provide financial and technical assistance, as they do for other [projects] in other cities in the region.”