Google Arts & Culture has launched a new online initiative calling attention to five Unesco World Heritage sites under threat from climate change. The Heritage on the Edge series reveals how rising sea levels, coastal erosion and extreme weather patterns are endangering landmarks across the world: the ancient moai heads of Rapa Nui (Easter Island); the Old and New Towns of Edinburgh; the ruined port of Kilwa Kisiwani off Tanzania’s south coast; the mosque city of Bagerhat in Bangladesh; and the pre-Columbian adobe city of Chan Chan in the Peruvian desert.

The project, hosted on the Google Arts & Culture website and smartphone app, was created in partnership with the International Council for Museums and Sites (Icomos)—the 10,000-member professional body that advises Unesco’s World Heritage Committee—and CyArk, a California non-profit specialised in digitally mapping heritage sites through non-invasive technologies. Experts from both organisations used aerial and terrestrial photography, photogrammetry and 3D laser-scanning (Lidar) to document the conservation of each site in collaboration with the local heritage authorities. 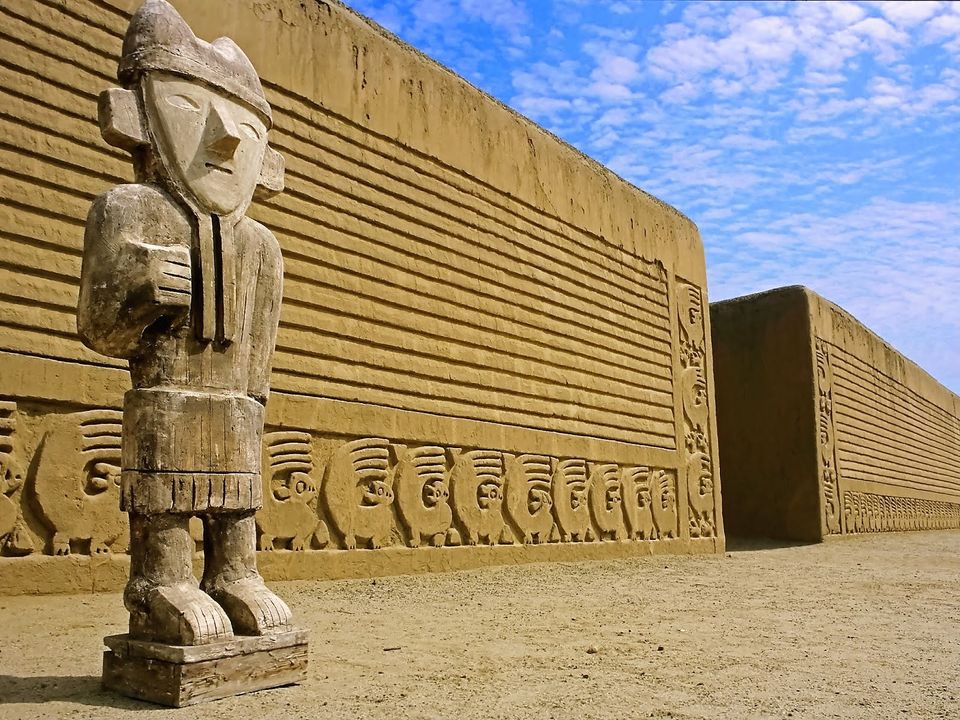 Collected over a year’s worth of field visits, the data can be translated into 2D maps and high-resolution 3D models, 25 of which are accessible on the Google Arts & Culture platform. The mobile app also features two “pocket galleries” inviting users to explore Bagerhat’s Nine-Dome Mosque and a former Portuguese fort on Kilwa Kisiwani island through augmented reality.

As well as raising public awareness of the risks that climate change poses to monuments worldwide, digital visualisation provides “a blueprint for the sites that can be used to inform [climate] adaptation in the long term”, says Chance Coughenour, the head of preservation at Google Arts & Culture. The project included workshops training local heritage managers to apply the imaging tools to their regular monitoring and maintenance activities.

With 3D scanners and other technologies evolving at a rapid pace, Google’s aim was not to provide the participating sites with equipment, Coughenour says, but data that “can be re-processed again in the future” as conservation scientists study how best to protect these monuments in a changing climate. The raw data sets are also freely available to download for educational and other non-commercial uses from the Open Heritage 3D Alliance database, founded by CyArk with Historic Environment Scotland and the University of South Florida Libraries.

“The reality is that there are thousands of sites around the world that are being impacted by climate change,” Coughenour adds. He hopes the Google Arts & Culture project will eventually expand beyond the current network of five monuments to encompass more parts of the world, such as the permafrost regions of the Arctic and areas of coastal archaeology that are already submerged.

“Above all, the project is a call to action,” writes the president of Icomos, Toshiyuki Kono, in a Google blog post. “The effects of climate change on our cultural heritage mirror wider impacts on our planet, and require a strong and meaningful response. While actions at individual sites can prevent loss locally, the only sustainable solution is systemic change and the global reduction of greenhouse gas emissions.”