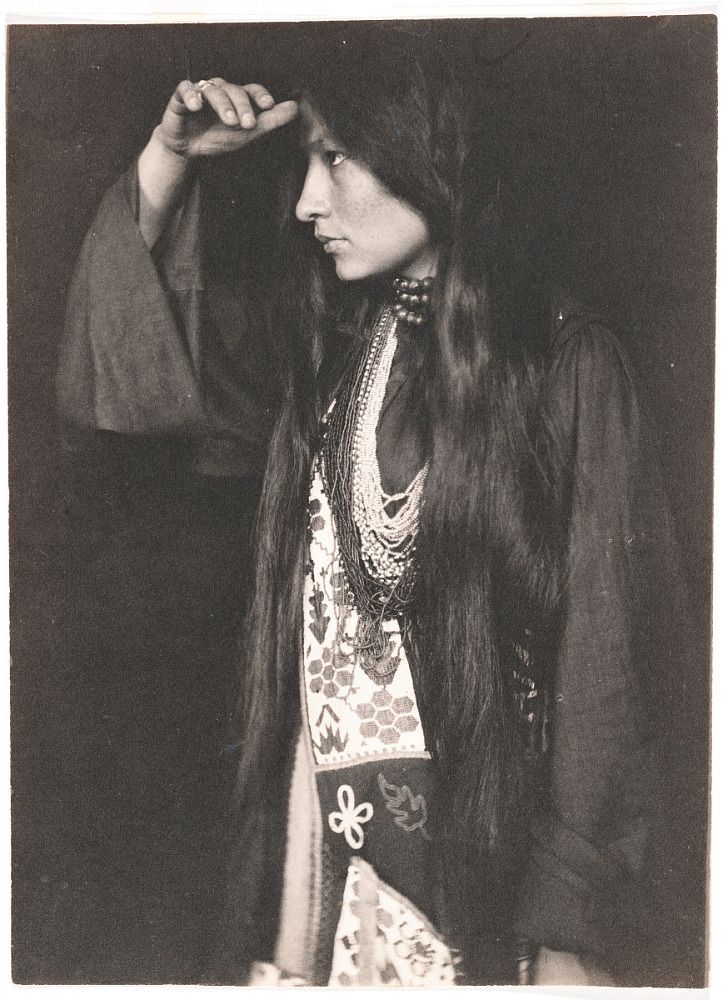 The writer, musician and political activist Zitkála-Šá (Yankton Sioux)—who was born 22 February 1876—is honoured in today’s Google Doodle for her prolific creative and political achievements in an illustration created by the Chicago-based artist Chris Pappan (Kaw Nation, Osage and Cheyenne River Sioux).

Zitkála-Šá, whose name means “Red Bird”, was born on the Yankton Indian Reservation in South Dakota to a Sioux mother and an estranged German-American father. She entered a Quaker mission school in Wabash, Indiana, aged eight, where she was given the name Gertrude Simmons.

She was one of thousands of Indigenous girls recruited to schools in the 19th century by European missionaries who strove to convert and “civilise” Indigenous communities, developing programmes to indoctrinate Indigenous girls with Victorian values that would be passed onto future generations.

Zitkála-Šá wrote about the traumatic experience—which included cutting her hair, a rite that holds ceremonial significance, and being unable to speak her native language—in her best-known autobiographical publication American Indian Stories (1921). She described feeling “suddenly weak” and that she “no longer felt free to be myself or to voice my own feelings”.

Although Zitkála-Šá chose to return to the reservation for several years, and wrote the first-ever published collection of oral Dakota stories in the 1901 book Old Indian Legends while on the reservation, she grappled with the existential tension of wishing to follow Indigenous traditions while tempted by the assimilation of European culture.

She later resumed her education, training as a violinist at the New England Conservatory of Music in 1900; in 1913 she wrote the text and songs for the first Indigenous opera, titled The Sun Dance, based on Sioux ceremonies. She also wrote extensively throughout her life on the Americanisation and oppression of Indigenous communities as well as women’s suffrage.

In the late 1890s, Zitkála-Šá was one of several Sioux members to be photographed by Gertrude Käsebier, who aimed to depict her mixed heritage by depicting her wearing both traditional and Western clothing.

Among her best-known achievements, Zitkála-Šá co-founded the National Council of American Indians in 1926, an organisation created to advocate for Indigenous rights in the US, and led several grassroots efforts to uplift Native American cultures throughout her life.

Pappan says he hopes his drawing of Zitkála-Šá will help "people realize that we can—and need to—speak for ourselves," in a short interview with Google. "The narrative of Native American history has been intentionally distorted for too long."