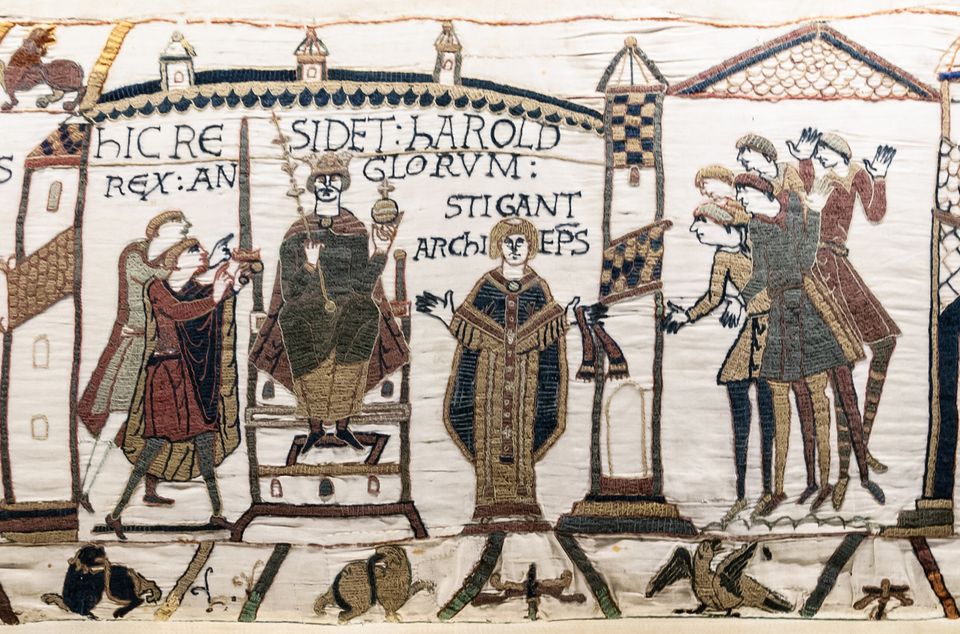 The Bayeux Tapestry is a step closer to returning to the UK after the British and French governments finalised a deal earlier this week. Following his attendance at the Digital Colloque forum in Paris, the UK’s secretary of state for digital, culture, media and sport (DCMS), Matt Hancock, signed a memorandum of understanding with the French minister of culture, Françoise Nyssen. “The agreement is a key milestone in securing the tapestry’s loan in 2022,” according to a government statement.

The 70-metre-long tapestry tells the story of the Norman victory over the English at the Battle of Hastings in 1066. The Bayeux Museum in Normandy, where the work is kept, is due to close for renovations and reopen spring 2024. The historic embroidered piece has not left France since the 11th century.

“The deal sets out a period of cross-Channel cooperation between universities and research institutes, who will consider how to use digital technology to make the tapestry more accessible to future generations. They will also prepare for its conservation and safe transportation to the UK,” the DCMS statement adds. Both countries will also collaborate on a full English translation of the tapestry.

In January, President Emmanuel Macron announced that France would lend the work to the UK. Although he did not specify any venues for the display, the British Museum is likely to be one of them. “The loan of the Bayeux Tapestry is an extremely generous gesture. We would be honoured to display the tapestry at the British Museum,” a museum spokeswoman says.