As future of London's historic Whitechapel foundry hangs in the balance, artist’s bell will be made elsewhere 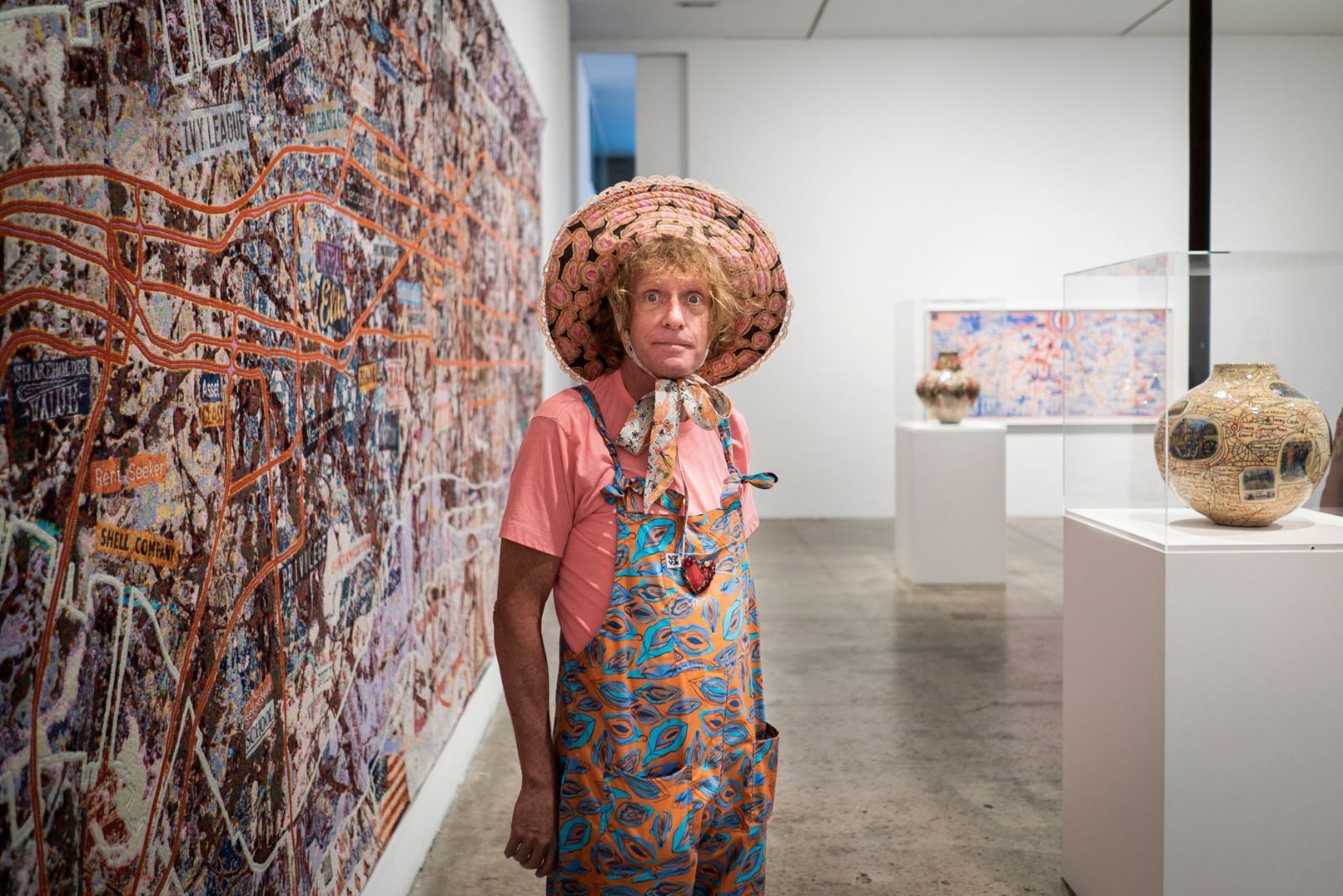 Grayson Perry plans to make a bell to mark the end of the Covid-19 pandemic Photo: David Clack

The Turner prizewinning artist and national treasure Grayson Perry plans to make a bell to mark the end of the Covid-19 pandemic, which should be ready to ring out the coronavirus crisis in late 2021. “The bell we want to create for Grayson will be approximately 40 inches in diameter and weigh about a ton, so it’ll be about the same size as one of the quarter bells in Big Ben,” says Adam Lowe, the founder of Factum Foundation—leaders in the field of digital heritage preservation—which is driving the project.

The Covid bell will be cast in the Pangolin foundry in Gloucestershire, west England. Perry says: “I always start my artworks by looking at the traditions within that genre, whether it be ceramics, tapestry, printing or bells, so I have been looking at bells from different cultures for inspiration. I want the bell to sound good so that may decide the basic form in the end.”

Factum’s plan is to one day produce bells designed by artists at the former Whitechapel Bell Foundry in east London, the future of which will be decided later this year after a US investor announced plans to build a hotel around the bell-making facility on the centuries-old site. Perry has thrown his weight behind Factum’s alternative heritage-driven scheme, saying in a video screened last year that the initiative offers an opportunity for artists to make bells and will help “this esteemed old establishment to keep going”. 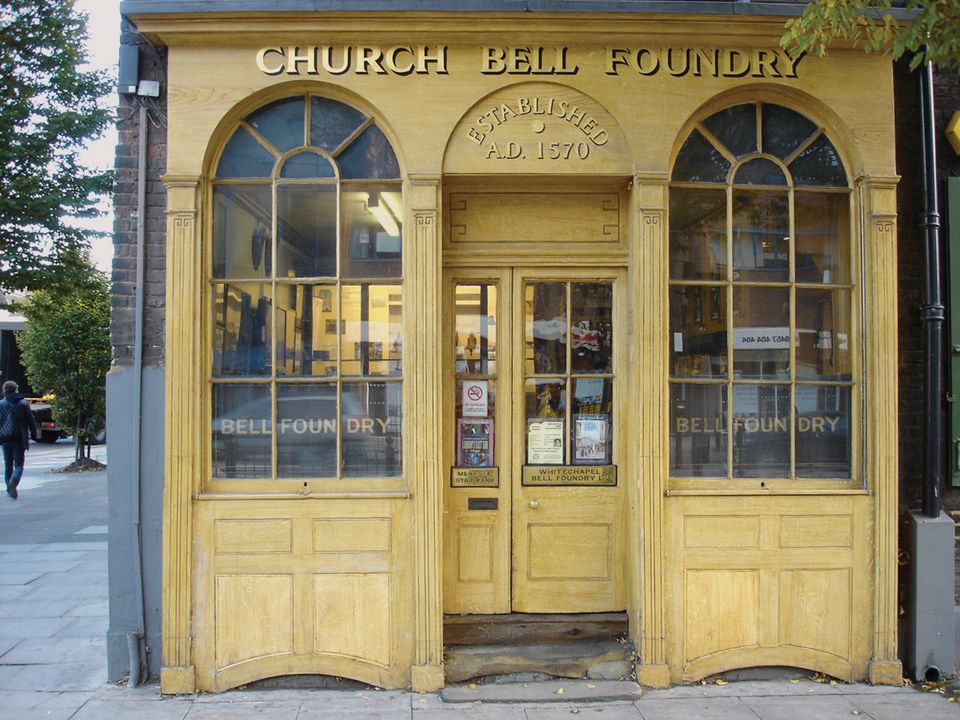 The fate of the historic Whitechapel foundry will be decided next month Photo: © Julian Walker

Established in 1570, the foundry is famous for casting celebrated bells including Big Ben and the Liberty Bell in Philadelphia. The saga over the site is long-running; the foundry’s fourth-generation owners, Alan and Kathryn Hughes, sold up in 2017 to the property developer Vincent Goldstein after running the business for 45 years.

Goldstein sold the foundry to the US investment group Raycliff, founded by the New York-based entrepreneur Bippy Siegal, which plans to preserve the Grade II listed building at the front of the site and demolish a 1980s extension at the rear, making way for a boutique 103-room hotel, café and studios for creative businesses. A rooftop pool also features in the designs submitted by London-based 31/44 Architects.

In November 2019, planning permission for the hotel scheme was voted through at a public meeting of Tower Hamlets council’s development committee. The developers’ scheme was backed by the heritage body Historic England, which said last October that the proposal had “the makings of a successful heritage regeneration scheme, and would provide a sustainable future for this important group of listed buildings”. The UK secretary of state for communities and housing, Robert Jenrick, intervened and will make a final ruling, with his decision expected in April.

More than 8,000 people formally objected to the Raycliff scheme and two petitions protesting against the plans were signed by more than 27,000 people. The campaign opposing the Raycliff project is also supported by the artist Antony Gormley; Tristram Hunt, the director of the Victoria and Albert Museum; and Charles Saumarez Smith, the former chief executive of the Royal Academy of Arts in London.

Meanwhile, Factum has teamed up with the conservation organisation Re-Form Heritage to turn the site back into a working foundry. Their development model for the foundry is Middleport pottery in Stoke-on-Trent, which was restored by Re-Form Heritage and reborn as a working pottery and tourist attraction. 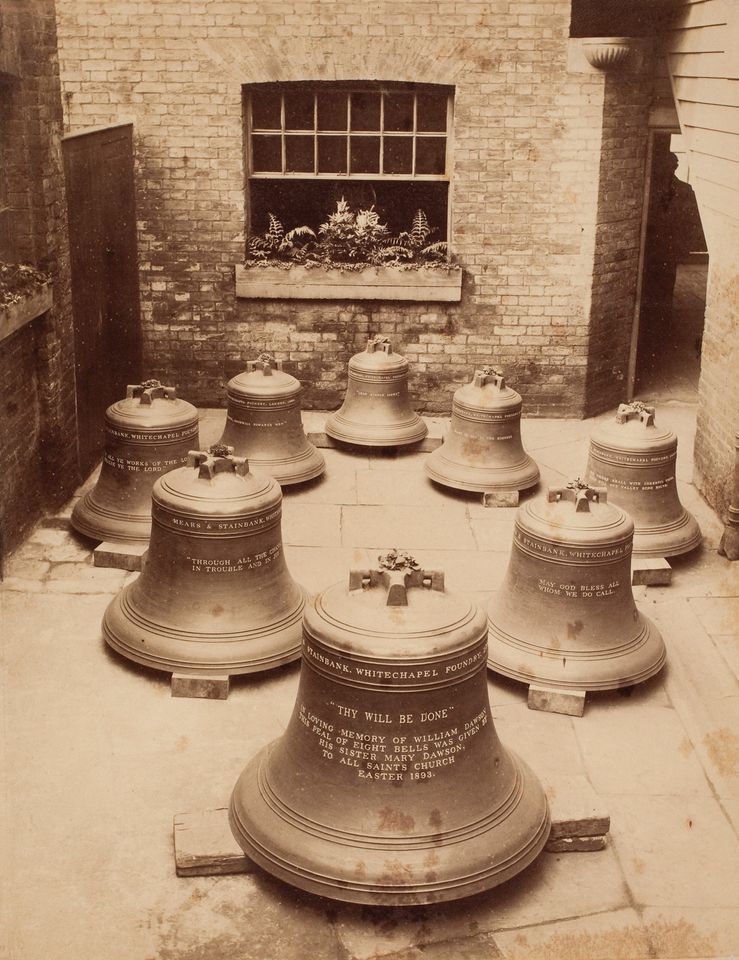 The inside of the working Whitechapel bell foundry around 1880 Photo: Macarthur Family miscellaneous photographs, State Library of New South Wales

“The [Raycliff] development incorrectly presumes that the site is no longer viable as a foundry,” says the Re-form Heritage website. One of its trustees, Stephen Clarke, tells The Art Newspaper: “We [both] want to acquire the foundry and buildings and form a charitable trust to then hold it in perpetuity as a working foundry. We would run the bell foundry as a commercial company and invest in new technology, work with international artists and secure the future of bell-making in Whitechapel.”

Lowe says they will negotiate with the owner, Raycliff, to take the foundry off their hands. “We want to turn the bell foundry back into a working foundry that has apprenticeships and serves an educational function, becoming a visitor attraction at times that are safe. It would also house an archive for the sound recordings and 3D scans of bells made in the UK,” he adds.

Will Burges of 31/44 Architects insists that “Raycliff respects the history of the building and agreed it was important that the iconic Whitechapel Bells should be cast on this site and not just any brand of bell”. He says that a new modern foundry at the site “will be delivered and managed by AB Fine Art Foundry and the 200-year-old Westley Group [an engineering company]”. 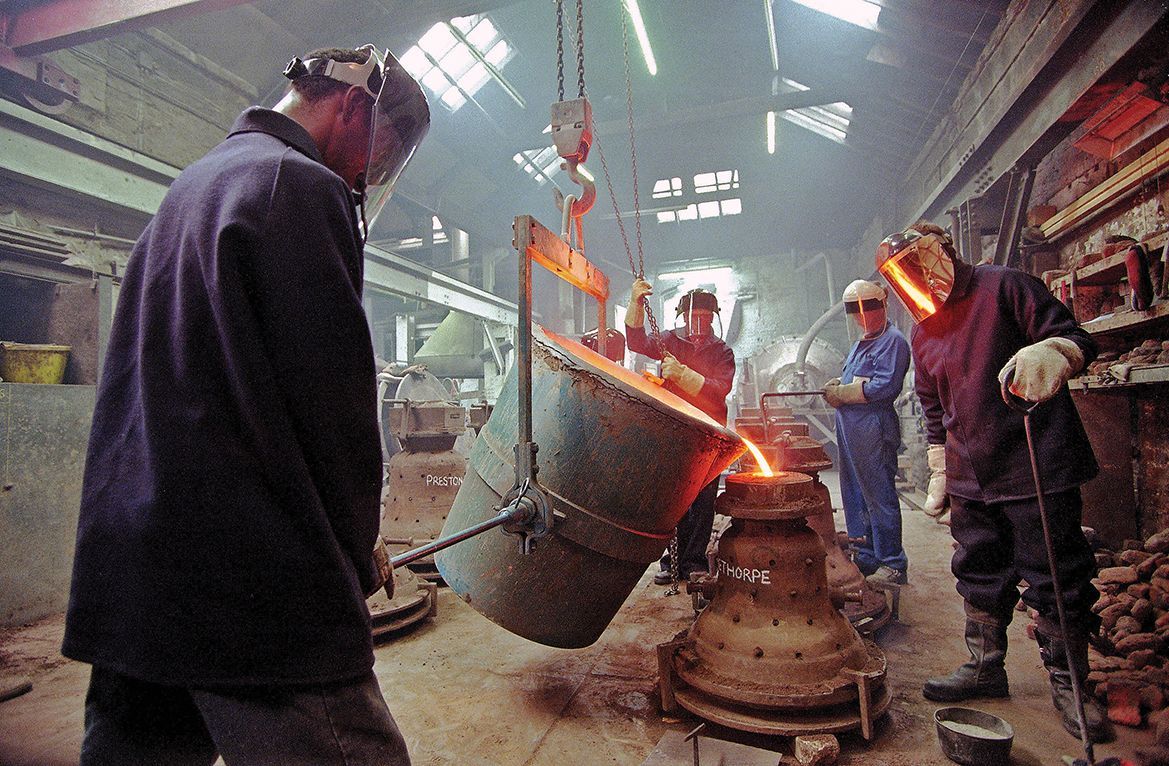 Grayson Perry has thrown his weight behind Factum’s heritage-driven alternative to save the Whitechapel Bell Foundry in London from being redeveloped into a boutique hotel for creative businesses © qaphotos.com/Alamy

AB will use the site to produce smaller-scale works and deliver opportunities for educational tours and lectures, he adds. “The Westley Group have a long-standing and trusted relationship with Whitechapel Bell Foundry. They were selected by the Hughes family to continue the production of large-scale Whitechapel tower bells under licence. They will now make Whitechapel Bell Foundry their London home, continuing the production and sale of small-scale bells,” Burges says. A Raycliff spokesman stresses that “not only does our proposal include bell making, it will be the Whitechapel trademark bells that will be cast on the site”.

Lowe, meanwhile, is forging ahead with Perry’s post-pandemic bell, explaining how 21st-century expertise will be applied to an ancient craft. “We’re going to give him [Perry] a 30cm form of a bell, which we’ll cast and he’ll then work in clay, his natural medium. We’ll use intelligent flow-based software to try to cast a pre-tuned bell or a bell that only requires minimum tuning. With Grayson’s bell, we want to use new technology to demonstrate that it can complement and rejuvenate ­traditional craft skills,” he says.

Perry adds: “The problem is: when is the end of this pandemic? When we in Britain go back to ‘normal’ life, when the world returns to some kind of normal? The disease will probably be with us in some form forever. The bell may end up as part of a memorial to those who died. It’s early days.”