A peek at some projects around the city

Spring has sprung—and with it a fresh crop of public and outdoor art projects across New York. This is a special year for such work as it is the 40th anniversary of the Public Art Fund, a non-profit body founded in 1977 by Doris C. Freedman—New York’s first director of cultural affairs—with the aim of turning the city into an open platform for contemporary art. Public art is “a reflection of a vibrant and open democratic city that values creativity and individual expression”, says Nicholas Baume, the fund’s director and chief curator—and “a chance to see our familiar city through an artist’s eyes”. Here we present some alternate views of art in New York, from a museum rooftop to a historic garden. 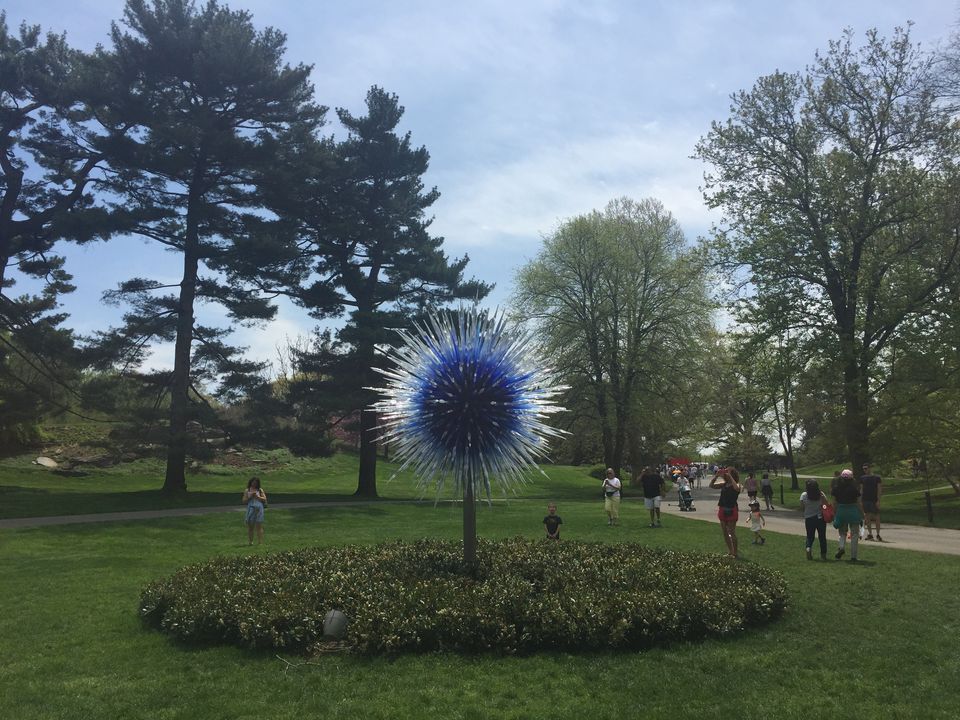 The colourful, crowd-pleasing glass sculptor has returned to the Bronx garden with around 20 monumental installations. They include the exploding, radiating Sapphire Star (2016) and new works based on his 1975 Artpark installation, which used sheets of hand-blown stained glass, such as Neon 206 (2017). 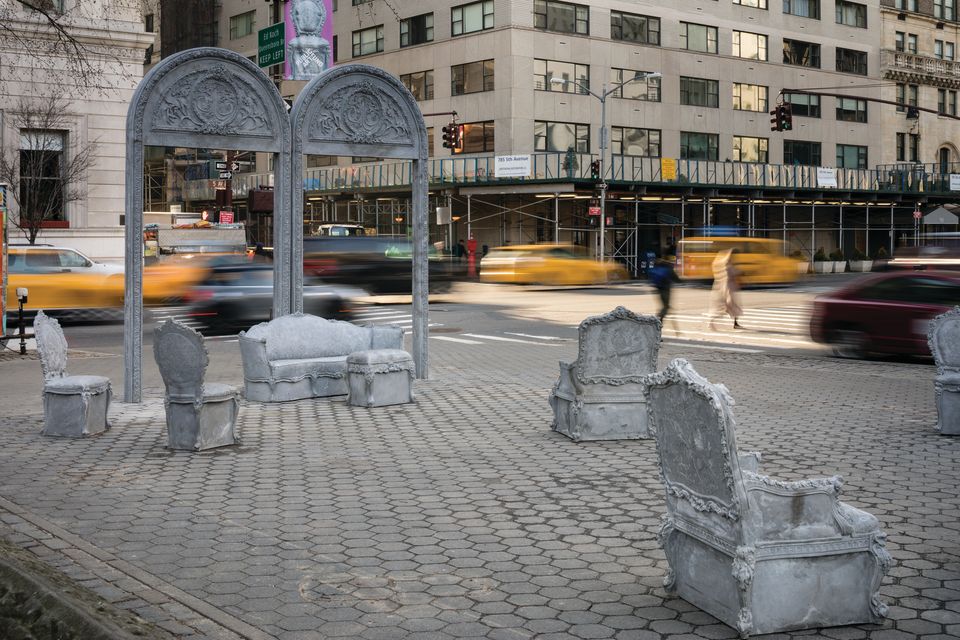 Cast concrete re-creations of 18th-century furniture from the Gilded Age ballroom of William C. Whitney’s Stanford White-designed mansion—which once stood nearby—dot the plaza in a playful installation that packs a serious punch: a “very savvy and thoughtful reflection on resonances from the Gilded Age—a time of great income inequality—to our period”, Baume says. 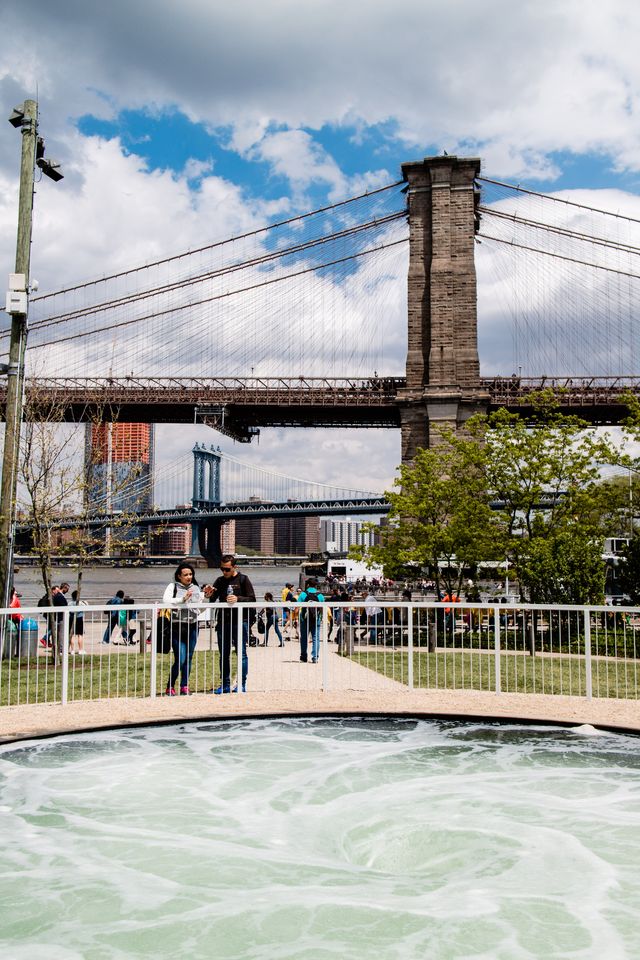 Kapoor’s installation, a powerful, ever moving whirlpool of water, makes for a mesmerising, even frightening viewing experience, which Baume compares with the sublime. When installed in Versailles in 2015, the work played off the fountains and contrasted with the placid sheet of the Grand Canal, but here it finds a more complementary body of water with the bustling East River in the background. 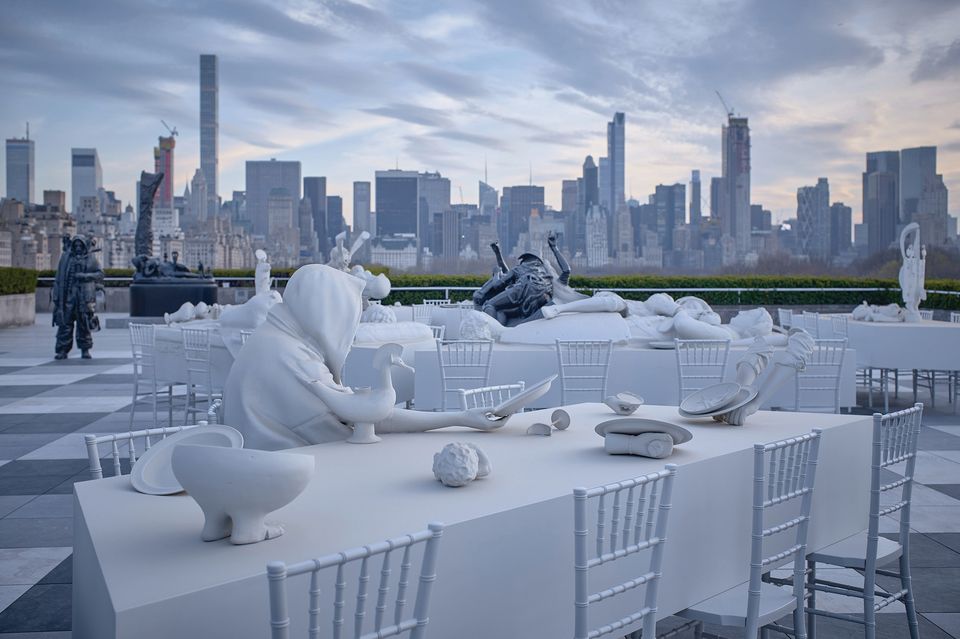 The 2017 Roof Garden Commission at the Metropolitan Museum of Art, Fifth Avenue, until 29 October

The Argentinian artist’s trippy large-scale installation has transformed the Met’s roof garden—flooring and all. The 16 sculptural works meld 3D-scanned replicas of artefacts from the museum’s collection with human figures (life-sized models of Villar Rojas’s friends and colleagues) arranged at white banqueting tables to create the strangest dinner party in history. 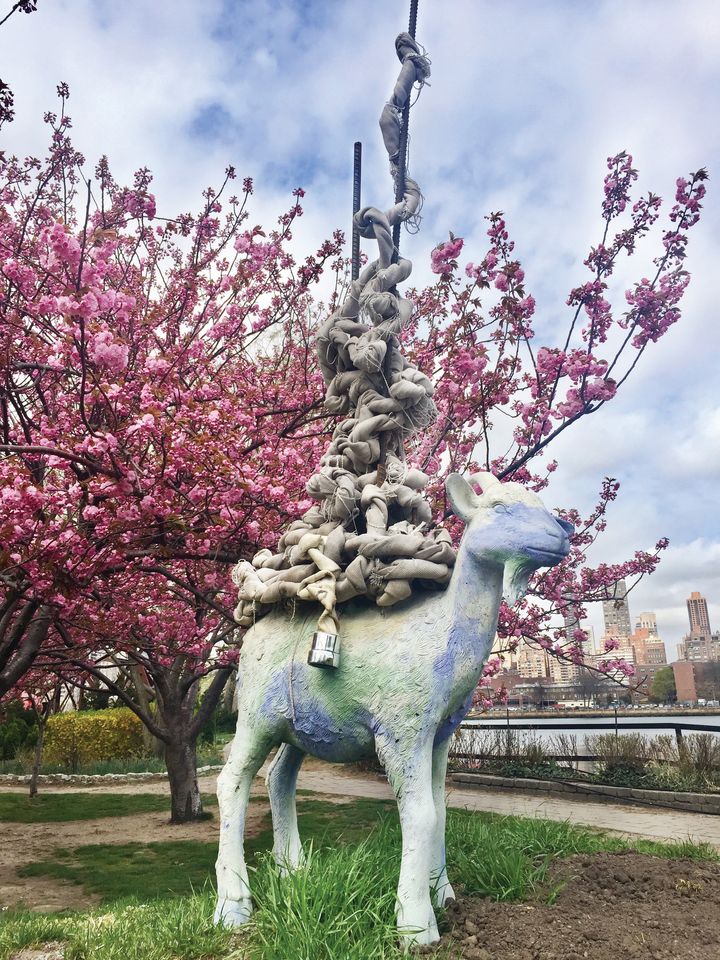 The show, which takes its name from the acronym for the Greatest of All Time, is the park’s first solo artist presentation. It features six new bizarre and playful site-specific commissions, including a series of cast concrete goats piled with various materials, such as twisted fire hoses, that dot the grass like lawn ornaments. There is also a 40ft long hobbyhorse goat and a large bell that resembles a billy goat’s testicles. 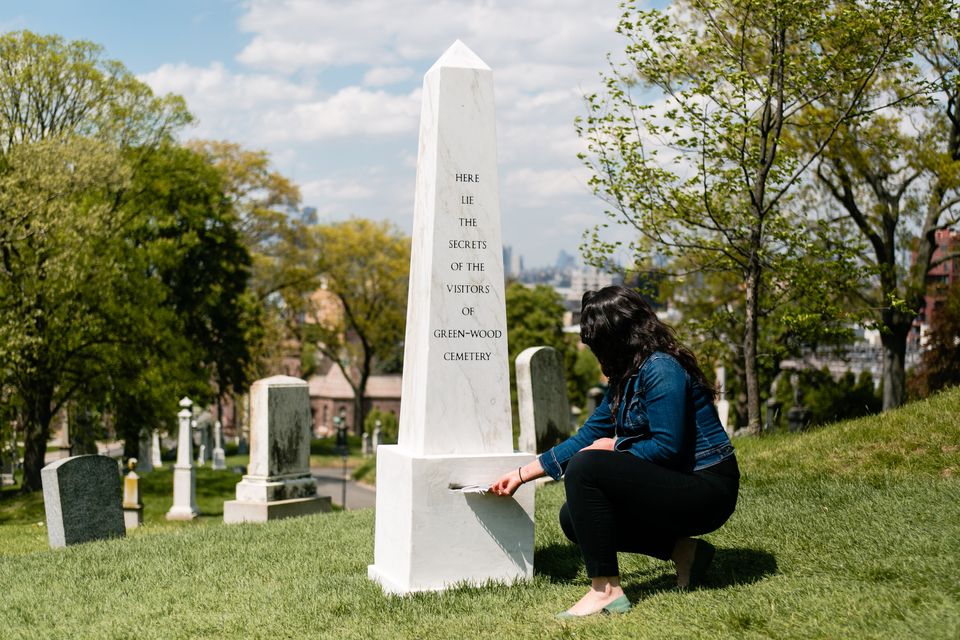 Sophie Calle: Here Lie the Secrets of the Visitors of Green-Wood Cemetery

Meant to be a cathartic experience, Calle’s cemetery installation is a marble obelisk with a slot for visitors to bury their secrets on slips of paper. It is also fittingly enduring—the plan is for it to remain on site for 25 years. Calle transcribed visitors’ secrets at an opening ceremony during the last weekend of April, and will be returning periodically over the next 25 years to “cremate” the papers interred in the obelisk.