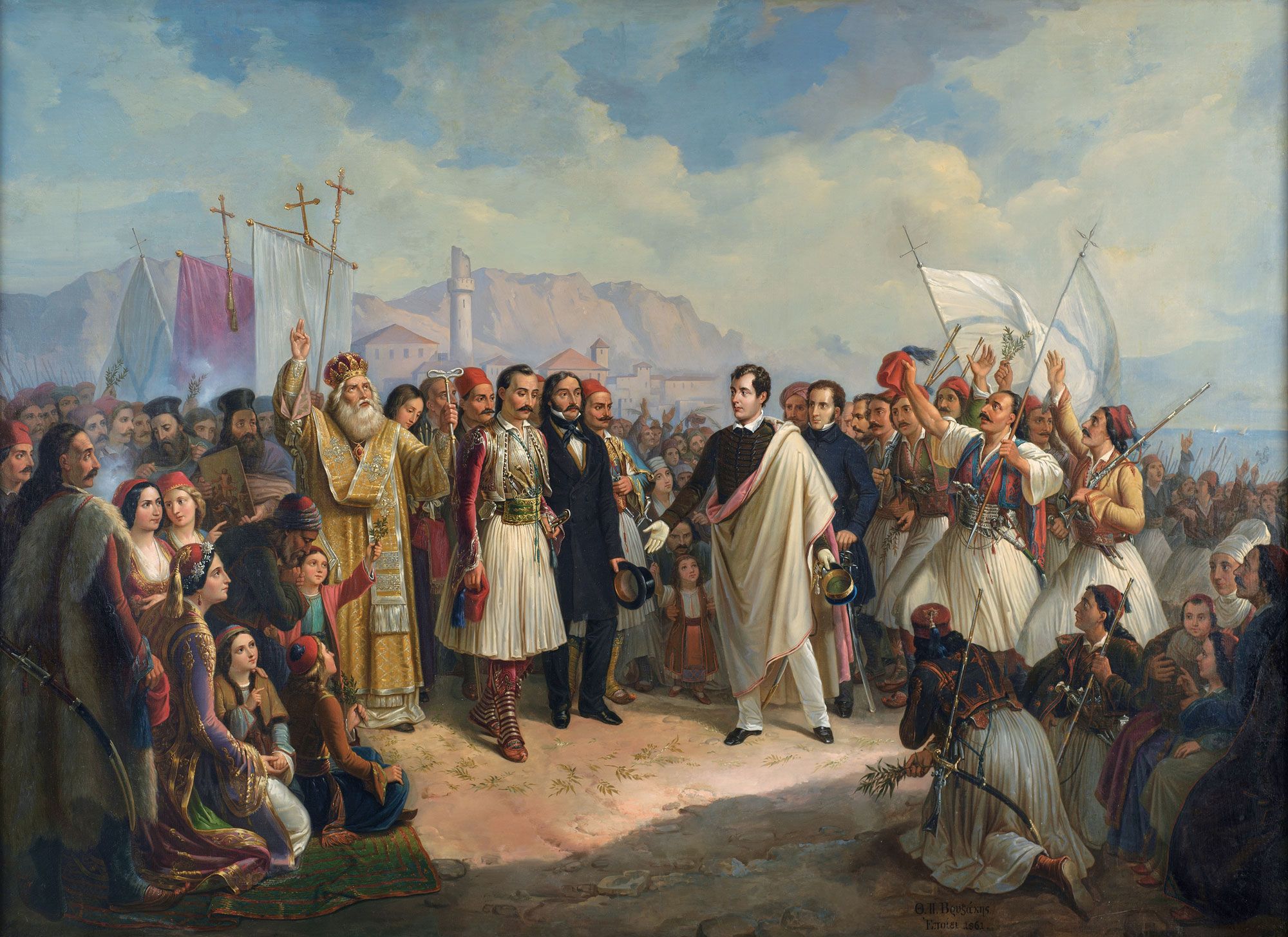 As Greece celebrates its 200th anniversary of independence, the country’s National Gallery-Alexandros Soutsos Museum in Athens held a ceremony to mark the completion of an almost decade-long expansion and renovation. The €59m project has more than doubled the museum’s footprint to 20,000 sq. m, creating space for exhibitions and collection storage, an auditorium, a shop, a café and a restaurant with panoramic views of the Acropolis.

The gallery reception on 24 March formed part of an official events programme commemorating the bicentenary of the declaration of the Greek War of Independence against the Ottoman Empire on 25 March 1821. The Greek prime minister, Kyriakos Mitsotakis, welcomed foreign dignitaries such as the Prince of Wales and the Duchess of Cornwall, the Russian prime minister and the president of Cyprus to tour the new displays.

No date has yet been set for the public opening of the museum as Greece struggles with another surge in cases of Covid-19, despite more than four months of lockdown. 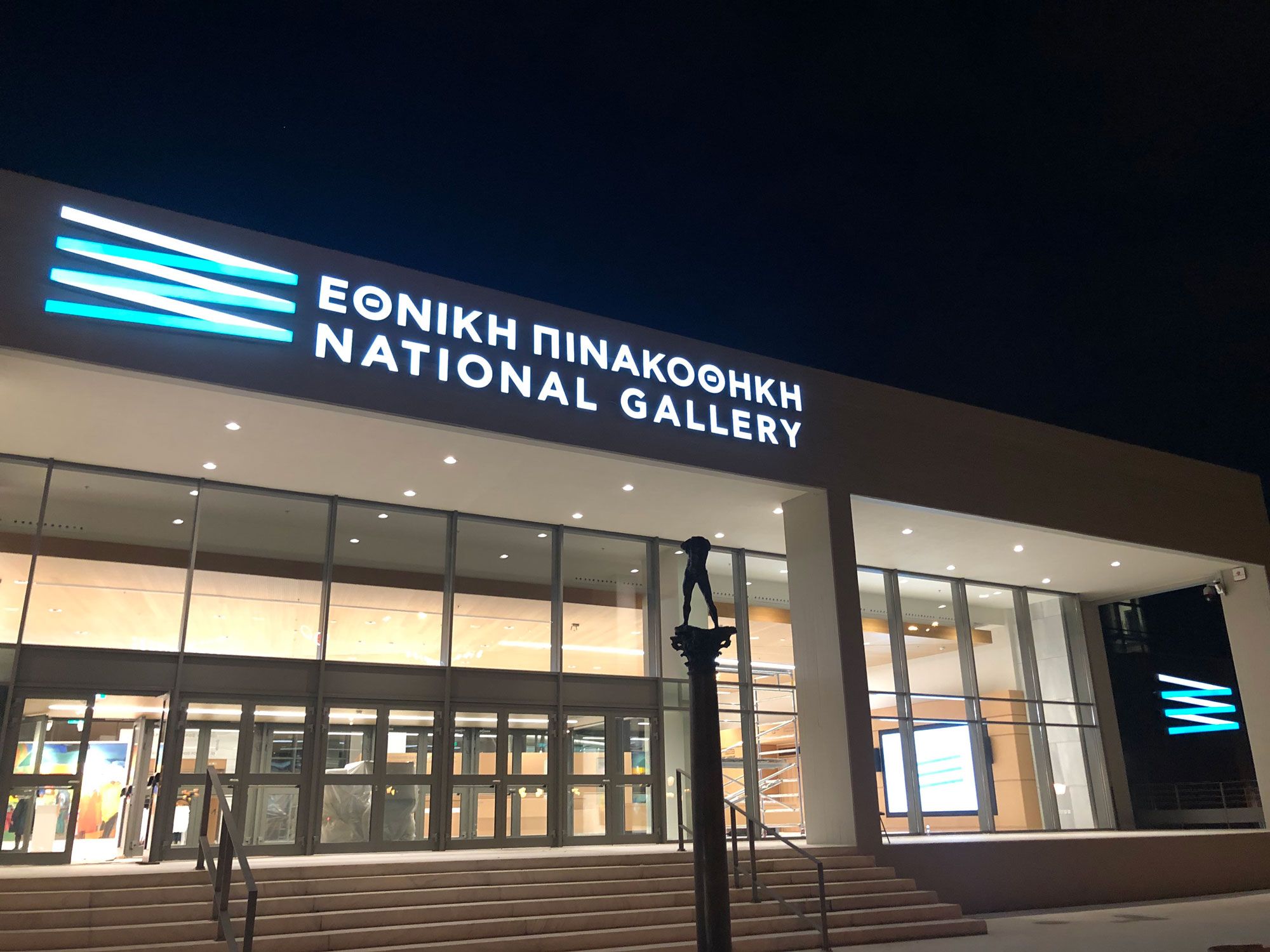 Although the refurbishment is complete, the National Gallery remains closed to the public while lockdown restrictions are in force Courtesy of the Ministry of Culture and Sports

Nevertheless, in a statement to The Art Newspaper, the Greek minister of culture and sports, Lina Mendoni, says the National Gallery’s reopening will put it “on the map of the big international museums”. The refurbished gallery “reflects Greece in 2021, while at the same time integrating its rich historical and cultural heritage”, she says.

Founded in 1900, the National Gallery holds a collection of more than 20,000 works by Greek artists and international figures, including El Greco and Picasso. Around 1,000 works will feature in the rehang, starting with a sculpture by Rodin outside the entrance and Panayiotis Tetsis’s monumental painting Street Market (triptych) (1979-82) in the atrium.

The museum is set to open with a special display dedicated to the War of Independence, titled 1821 in Painting: Greece Demands its Historical Art Gallery. Among the works are Scene from the Greek War of Independence (1856) by Eugène Delacroix and The Reception of Lord Byron at Missolonghi (1861) by Theodoros Vryzakis.

Mitsotakis had pledged to reopen the museum in time for the bicentenary in August 2019, soon after he was elected. The completion of the renovation is a significant achievement for his administration at a time when the culture ministry is embroiled in a #MeToo scandal and a backlash against its planned changes to five archaeological museums. 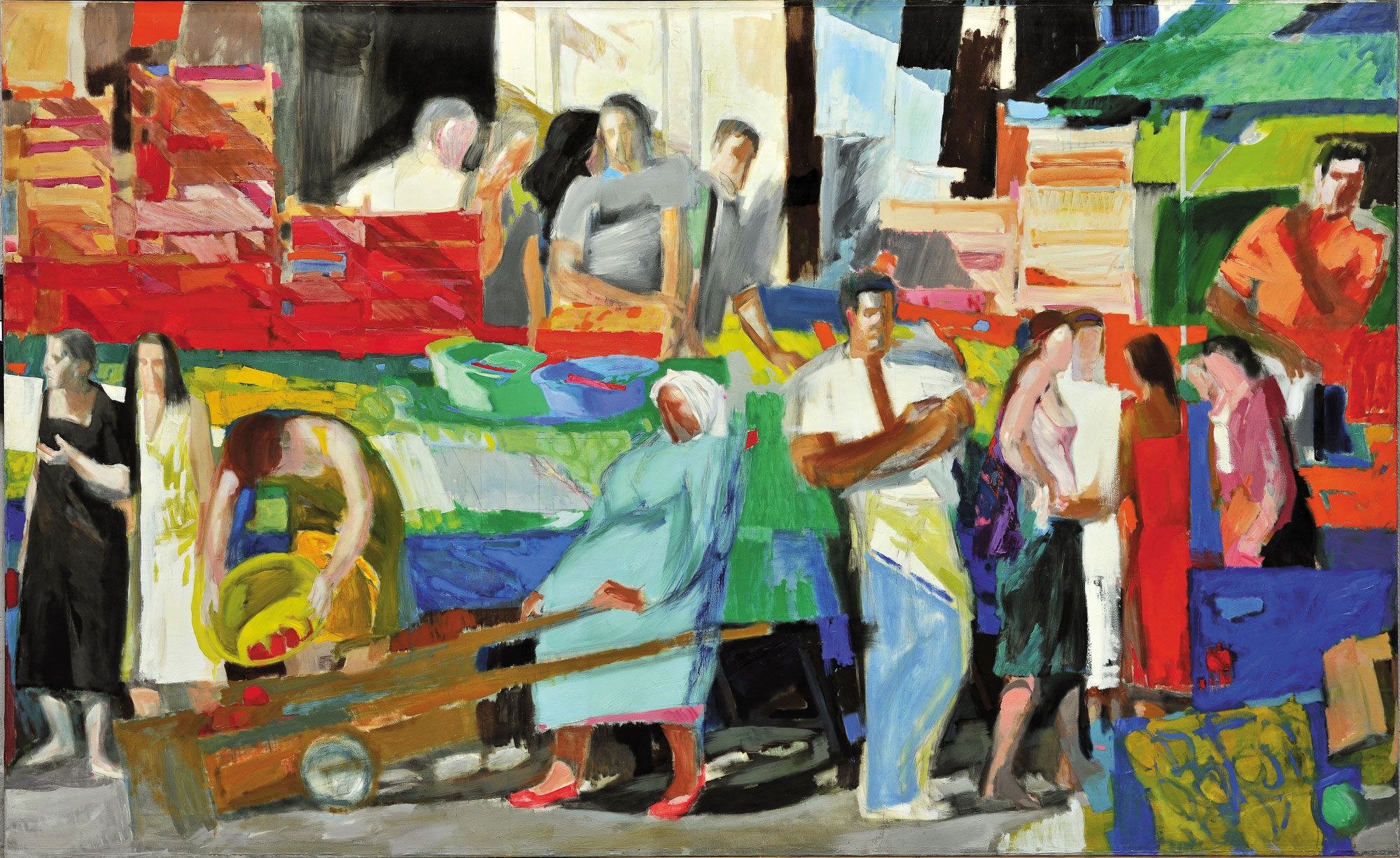 Part of Panayiotis Tetsis’s monumental painting Street Market (triptych) (1979-82), which hangs in the atrium Courtesy of the Ministry of Culture and Sports

The current museum site dates back to the 1960s. Plans for an expansion were originally put forward in 2004, but it took four more years for an architectural design to be selected in a public competition by the ministry of culture. Construction did not begin until 2011.

The gallery has been closed since 2013, with only part of the collection on display at the National Glytotheque in the eastern suburb of Goudi and additional regional loans to Sparta, Nafplio, Aegina and Corfu.

Originally due for completion in 2015, the renovation has been repeatedly delayed, largely due to a miscalculation of the water level of the underground river Ilissos, which incurred extra costs. The culture ministry says €42m in public funding was assured “despite the adversities of the financial crisis” but the project was “not a priority” for the previous government.

The Stavros Niarchos Foundation made a major grant of €13m towards the completion of the revamp in 2017. The foundation is a vital benefactor of arts and culture in Greece and also contributed €3m to complete the long-delayed construction of the National Museum of Contemporary Art Athens (EMST).