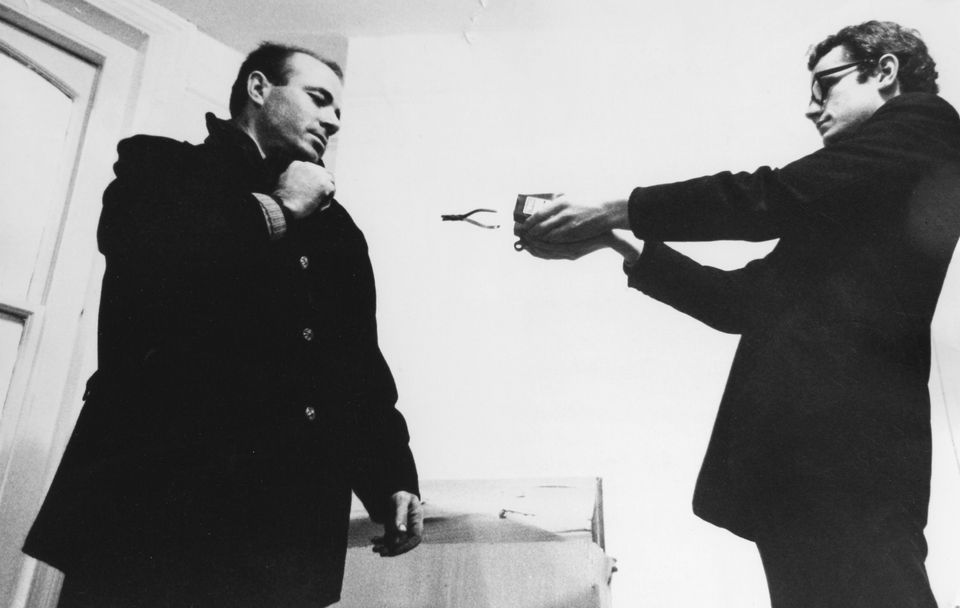 The UK curator and writer Guy Brett, who broadened the art historical canon by producing important exhibitions and publications on key Latin American and Asian artists, has died aged 78.

His exhibition Transcontinental: Nine Latin American Artists, organised at the Ikon Gallery in Birmingham, UK, in 1990, reflected his multidisciplinary and internationalist outlook. The British-Indian artist Sutapa Biswas tells The Art Newspaper that Brett “had a profound impact on modes of thinking about art and the framing of practice”. 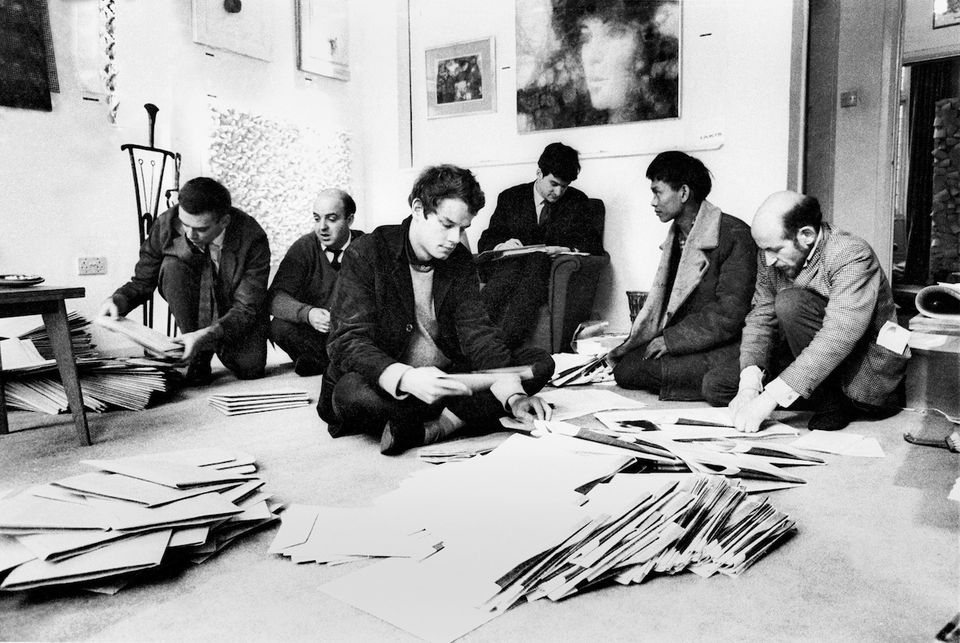 In an interview published on the /Seconds blog in 2006, Brett discussed how his curatorial career developed. “I love organising exhibitions and if the opportunity has come up, I’ve taken it,” he said. “The first show I did was commissioned by the Arts Council of Great Britain in 1966, a touring show of kinetic art [In Motion]. It included works by Takis, David Medalla, Lygia Clark, Jean Tinguely and Pol Bury. This kind of art in movement excited me greatly and I was very close to Signals London, the showroom run by Paul Keeler and David Medalla in Wigmore Street in the mid 1960s which attracted a very large and diverse public in those days for its exhibitions.” David Medalla died aged 82 in December.

Brett was integral to the Signals initiative, co-publishing the Signals Newsbulletin journal in late 1964. He also co-founded the influential gallery which, “while emphasising an interdisciplinary creative approach to modernity through its newsbulletin, also brought together experimental artists from across the world to exhibit in its West End space”, says the writer Martin Dean. The gallery held significant exhibitions of Latin American art, bringing works by artists such as Carlos Cruz-Diez and Jesús Rafael Soto, both from Venezuela, to the capital. 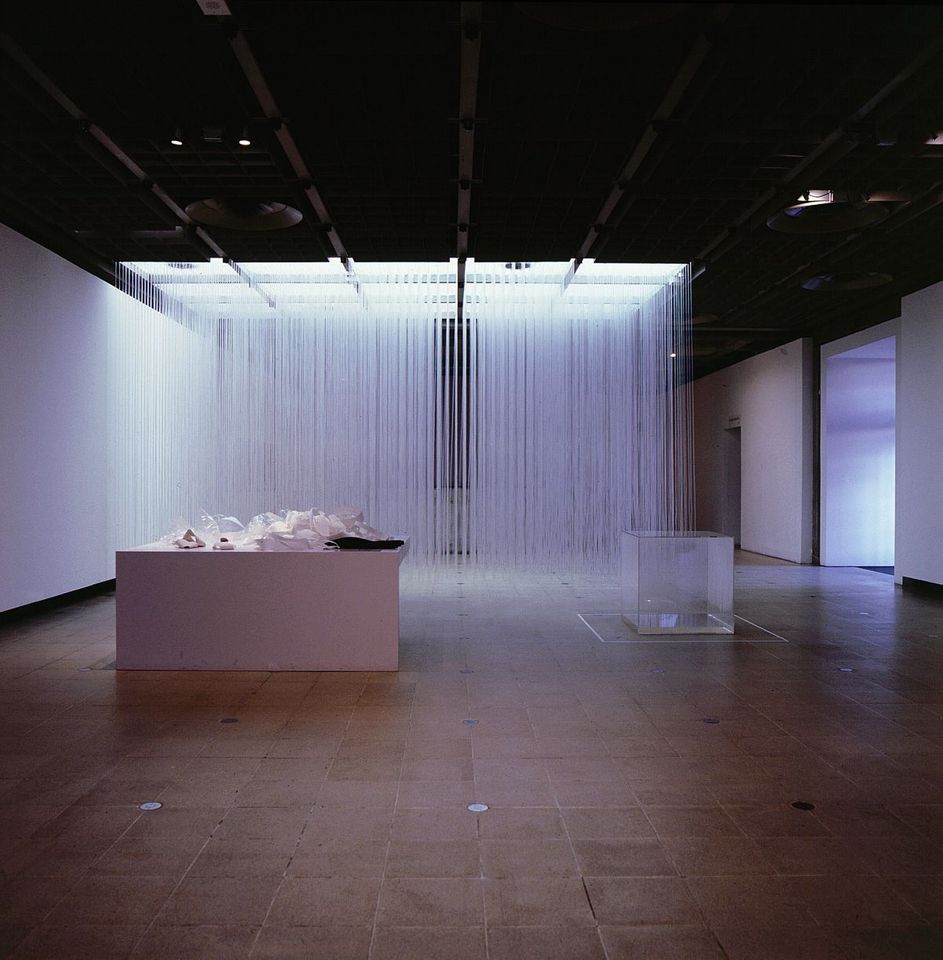 Installation view of Force Fields: Phases of the Kinetic at the Hayward Gallery

In 2019, Brett co-organised a show of works by the Greek artist known as Takis at Tate Modern in London. He also curated the first major exhibition of works by the late Chinese artist Li Yuan-Chia, which was held at the Camden Arts Centre in London in 2000, and was a trustee of the Li Yuan-Chia Foundation. In the /Seconds interview, Brett speaks about his other seminal exhibitions including Force Fields: Phases of the Kinetic which was held at the Hayward Gallery, London, and the Museum of Contemporary Art (Macba) in Barcelona in 2000/01.

Writing in the Guardian, the critic Adrian Searle highlighted how the exhibition made him rethink kinetic art.

“Brett's show seems to me to be brave. In part, this is due to the inclusion of artists one would not necessarily associate with the ‘kinetic’, whatever that is. One expects Takis, Marcel Duchamp, László Moholy-Nagy, whose mechanical sculptures and objects are canonical objects of kinetic art. But not necessarily the great Lygia Clark, although her sculptures and objects require interaction and manipulation, or Mira Schendel's ropes and worm-casts of rolled and knotted rice-paper, or Agnes Denes's peculiar ink drawing of tiny human figures, in a snail-like vortex,” Searle said.

Earlier this year, Joe Scotland, head of the non-profit Studio Voltaire space in London, told The Art Newspaper: “Guy Brett’s Through Our Own Eyes: Popular Art and Modern History (1986) really helped me question my own prejudices around who has been included in the art-historical canon. Brett’s exploration of artistic practices includes ‘untrained’ artists, as well as work made under various political histories and social contexts, such as the women’s camp at Greenham Common and the aftermath of the nuclear bombing at Hiroshima.”

Numerous other tributes were paid to Brett on social media. Matthew Higgs, the director of White Columns in New York, wrote on Instagram: “Brett possessed a quietly precocious intelligence—he was named The Times’ art critic at the age of 22! [from 1964-75]. He also organised a Hélio Oiticica survey for London Whitechapel Gallery in 1969; he would have been 26/27 at the time.” Andrew Nairne, director of Kettle’s Yard gallery in Cambridge, wrote that Brett was “constantly curious, full of insight and uninterested in the market-led view”.