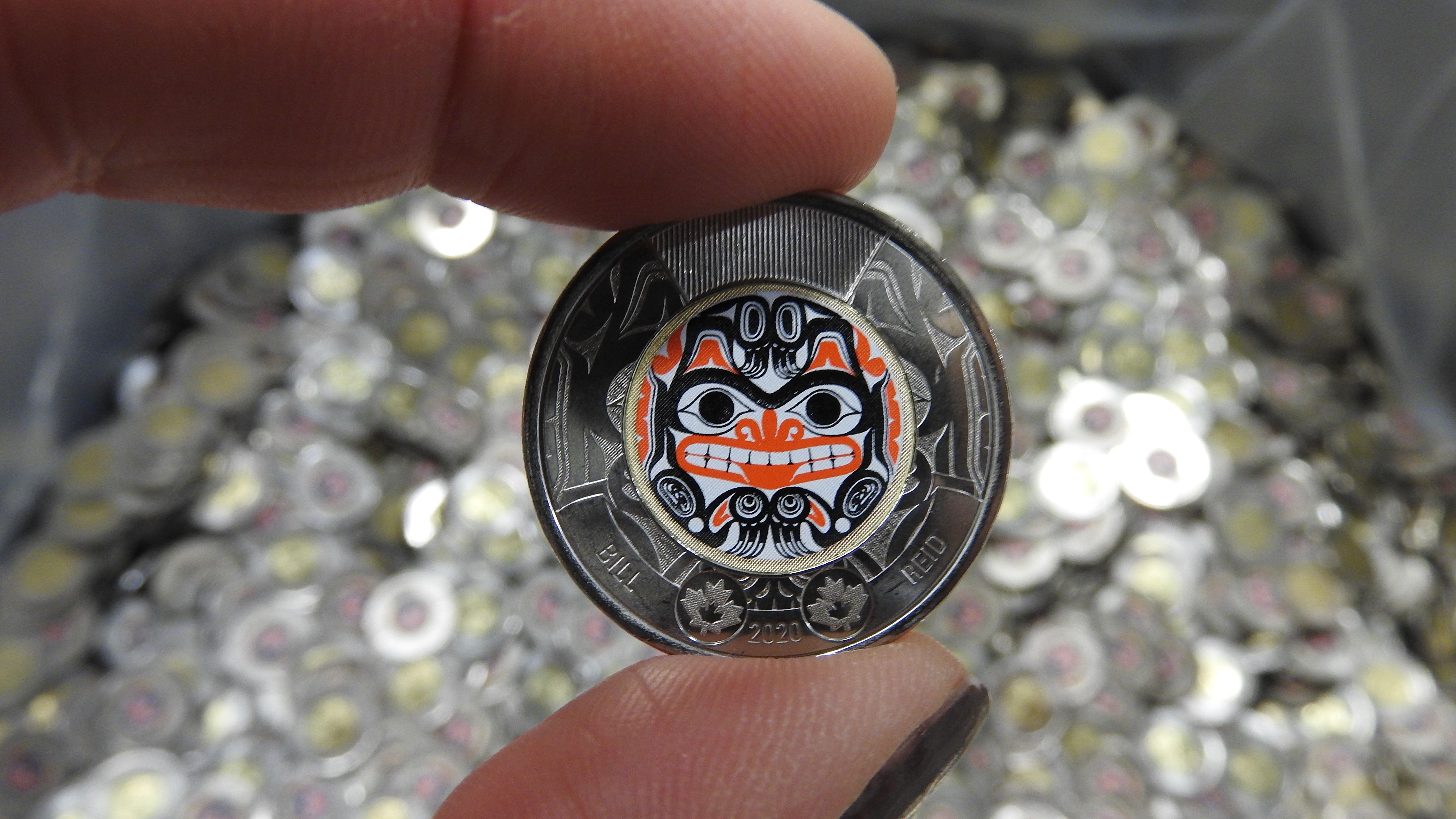 To celebrate what would have been the 100th birthday of the late Haida artist and cultural advocate Bill Reid, the Royal Canadian Mint has issued a new $2 coin that honours his contributions to contemporary Indigenous art.

While the original “toonie”, first introduced in 1996, has an image of a polar bear by the artist Brent Townsend on one side (and a portrait of Queen Elizabeth on the other), the new coin bears a striking image of a grizzly bear, with two versions in circulation: one in the usual silver and gold, and one painted in the traditional colours of black, white and red. Known as Xhuwaji/Haida Grizzly Bear, the image was first painted by Reid in 1988 on a ceremonial drum belonging to the Sam family of Ahousat, British Columbia, and was reproduced on silkscreen prints to benefit the education charity Artists for Kids Trust.

In a virtual launch on the Mint’s Youtube channel last week, Reid’s grand-daughter Nika Collison, who is the executive director of the Haida Gwaii Museum, said, “The greatest impact of my grandfather's artistic legacy is that he reintroduced our Haida art in a classical form to the world, and through that, bridged cultures.” Also known as Iljuwas in the Haida language, the artist learned about traditional Indigenous art through his maternal grandfather and inherited the tools owned by his great-great-uncle Charles Edenshaw, another celebrated Haida artist. Reid spent much of his life reviving Haida art techniques and heritage, and became a member of the Royal Canadian Academy of Arts. “This coin is a gorgeous tribute to Bill. It represents the high esthetic standards that he believed in,” Collison said.

This is not the first time Reid’s work has appeared on Canadian currency. In 2004, images of Xhuwaji and The Spirit of Haida Gwai—a monumental bronze sculpture of figures in a canoe installed at the Canadian embassy in Washington, DC—were included in a series of new banknotes.