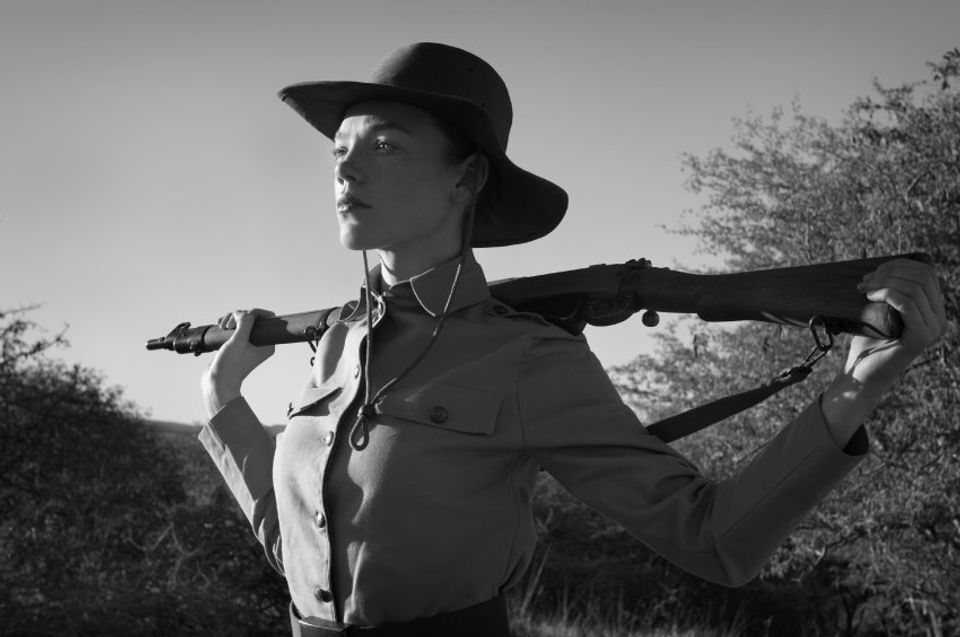 The city of Hamburg, which is positioning itself at the vanguard of Germany’s efforts to confront its colonial history, is showing a series of photographs by the artist Marc Erwin Babej that seek to enter the white supremacist mindset of the settlers in German South West Africa, today’s Namibia.

The exhibition at Hamburg’s City Hall, which is called Our Africa and opened on 18 June, addresses the attempt to exterminate the Herero and Nama peoples between 1904-1908. German troops inflicted what is considered to be the first genocide of the 20th century—an estimated 100,000 people were killed.

Germany only acknowledged the campaign as genocide in 2015. It has yet to issue a formal apology and has ruled out reparations. Ongoing negotiations are too slow for some Herero and Nama, who last year launched a class-action suit for reparations from Germany in the US that has yet to be decided in court. 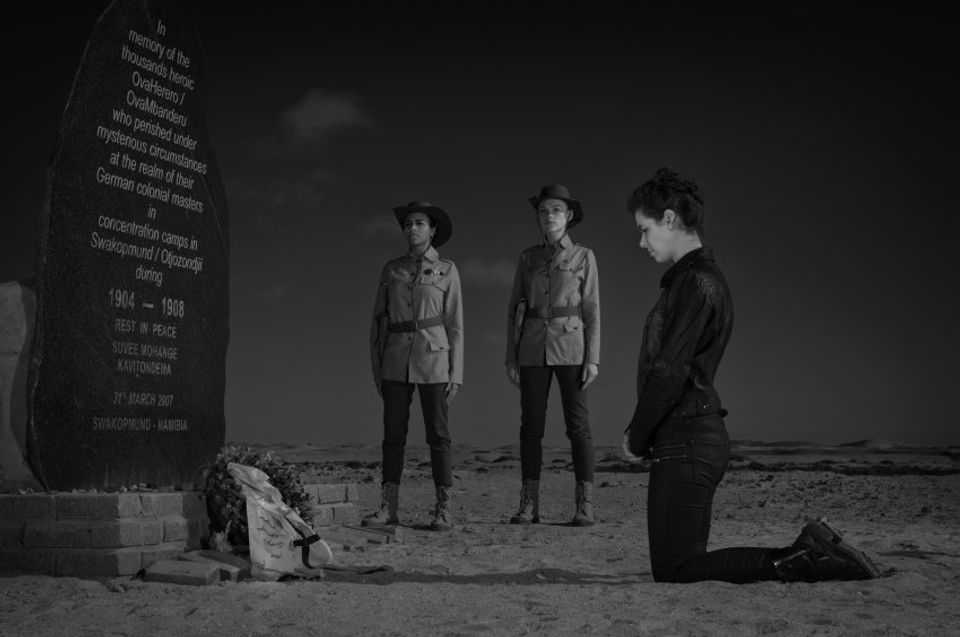 Babej collaborated with scholars of colonial history to explore the mentality of the perpetrators. His photographs, produced with actors in cinematic desert landscapes, twist the historical narrative to provoke—one, for example, shows a black woman measuring a white woman’s skull.

They are accompanied by disturbing and sometimes brutal quotations from the era. “The native requires firm and especially consistent handling,” reads one from the 1908 official guide for immigrants to German South West Africa. “He can bear severity well indeed. In no event shall a white come on familiar terms with a native, regardless of whether or not he is in his service.”

The artist stresses that white supremacy among colonial settlers “wasn’t just a pretext for exploitation, it was a romantic ideal” of an “insane supremacist utopia”. Understanding their mentality is a vital part of understanding the causes of genocide, Babej says. In his view, the treatment of the native people in colonies portended the crimes of Nazi Germany in the Holocaust.

Hamburg's deputy mayor Katharina Fegebank said at the opening that Hamburg bears special responsibility for addressing the crimes of colonial history because “as a port and trading metropolis, it was the door to the colonial world”.

On 7 June, at a symposium in Berlin at the Deutsches Historisches Museum, Namibia's ambassador to Germany called for the return of cultural artefacts from Germany, including the Stone Cross and the Witbooi Bible.