The Norwegian collector took an “early chance” on Damien Hirst and in 2001 bought Jeff Koons’s Michael Jackson and Bubbles sculpture for a then record $5.6m 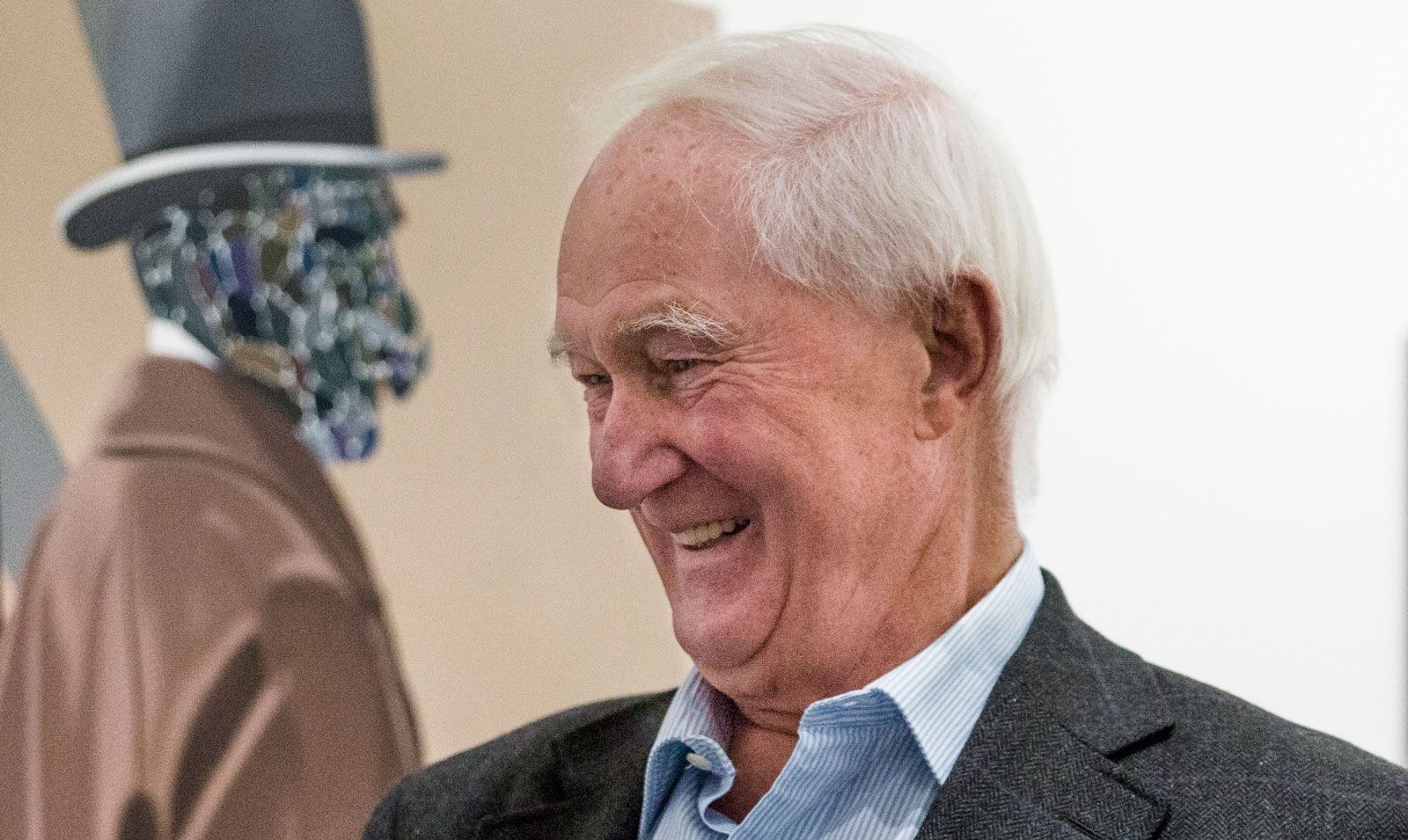 The Norwegian businessman and contemporary art collector Hans Rasmus Astrup—who founded the Astrup Fearnley Museet in Oslo—has died, aged 82. The museum director Solveig Øvstebø confirmed Astrup’s death in an online statement, saying that with his “desire to share his enthusiasm with others, and a clear philanthropic mission, Astrup has had a deep impact on the field of art both in Norway and internationally”.

Astrup made several key contemporary art purchases including Damien Hirst’s Mother and Child Divided (1993), comprising a bisected cow and calf suspended in formaldehyde, and Anselm Kiefer’s vast bookshelf in lead, The High Priestess / Zweistromland (1989). In 2001, he also bought the kitsch porcelain sculpture Michael Jackson and Bubbles by Jeff Koons for $5.6m with fees at Sotheby’s New York, then an auction record price for the artist.

Francis Outred, the former head of post-war and contemporary art at Christie’s, says in a statement posted on Facebook that he met Astrup around the same time. He added: “Through this introduction, I discovered his passion for British art which he pursued through Freud, Bacon and Hockney and had come very early to Damien Hirst, building one of the world’s great collections of his work, taking an early chance on Mother and Child Divided which Hirst had exhibited in Venice in 1993, long before the Tate acquired a second version of it.” 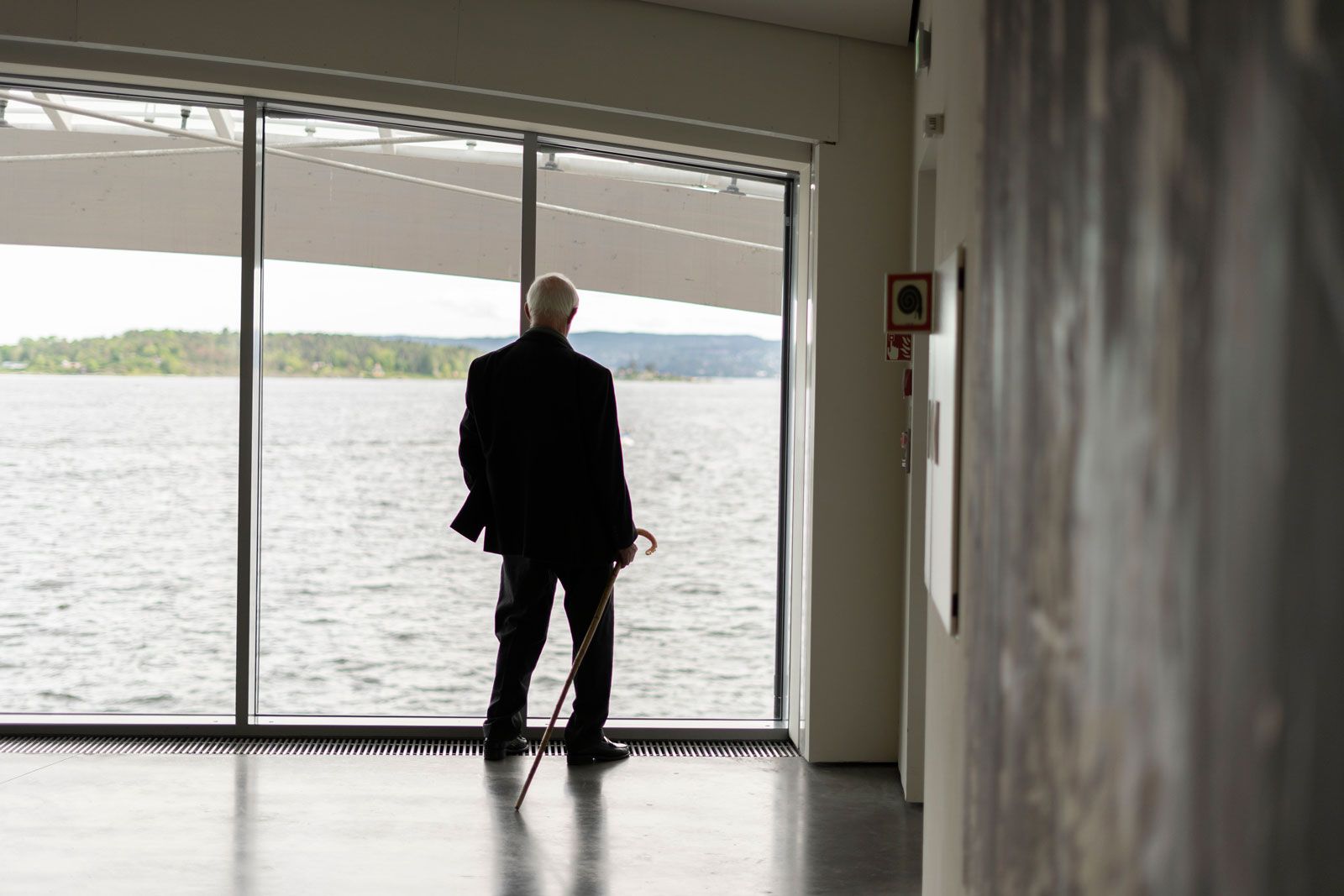 Other art world figures paid tribute on social media including the Swiss art advisor Thomas Stauffer who said on Instagram that Astrup “had the vision to build one of Europe’s great collections of contemporary art”. Hirst meanwhile told the Norwegian press it is “so good for us all that [Astrup] had the attitude and generous spirit that allowed him to give his extensive and thought-provoking collection to his country so that his legacy can live on”.

Astrup was born in 1939 and attended the University of Oslo where he received a master’s degree in law in 1972. The same year he took over his family’s business, the shipping brokerage firm Fearnley & Eger, which was founded by his great-great grandfather Thomas Fearnley in 1869. In 2019, the Norway Post valued Astrup’s worth at Nkr4.7bn ($566m).

According to ARTnews, Astrup began amassing his collection in the 1960s, which includes pieces by Cindy Sherman, Matthew Barney, Mark Bradford, Shirin Neshat and Glenn Ligon, among others. Last year, the Astrup Fearnley Collection announced the acquisition of new works by the artists Nicole Eisenman, Joar Nango, Torbjørn Rødland and Kara Walker.

Astrup also acquired a rare homoerotic painting by David Hockney entitled Two Men in a Shower (1963). “While proud of his collection, Astrup preferred to stay in the background, out of the public eye. For him it was always the art and the artists who deserved the limelight,” Øvstebø says. 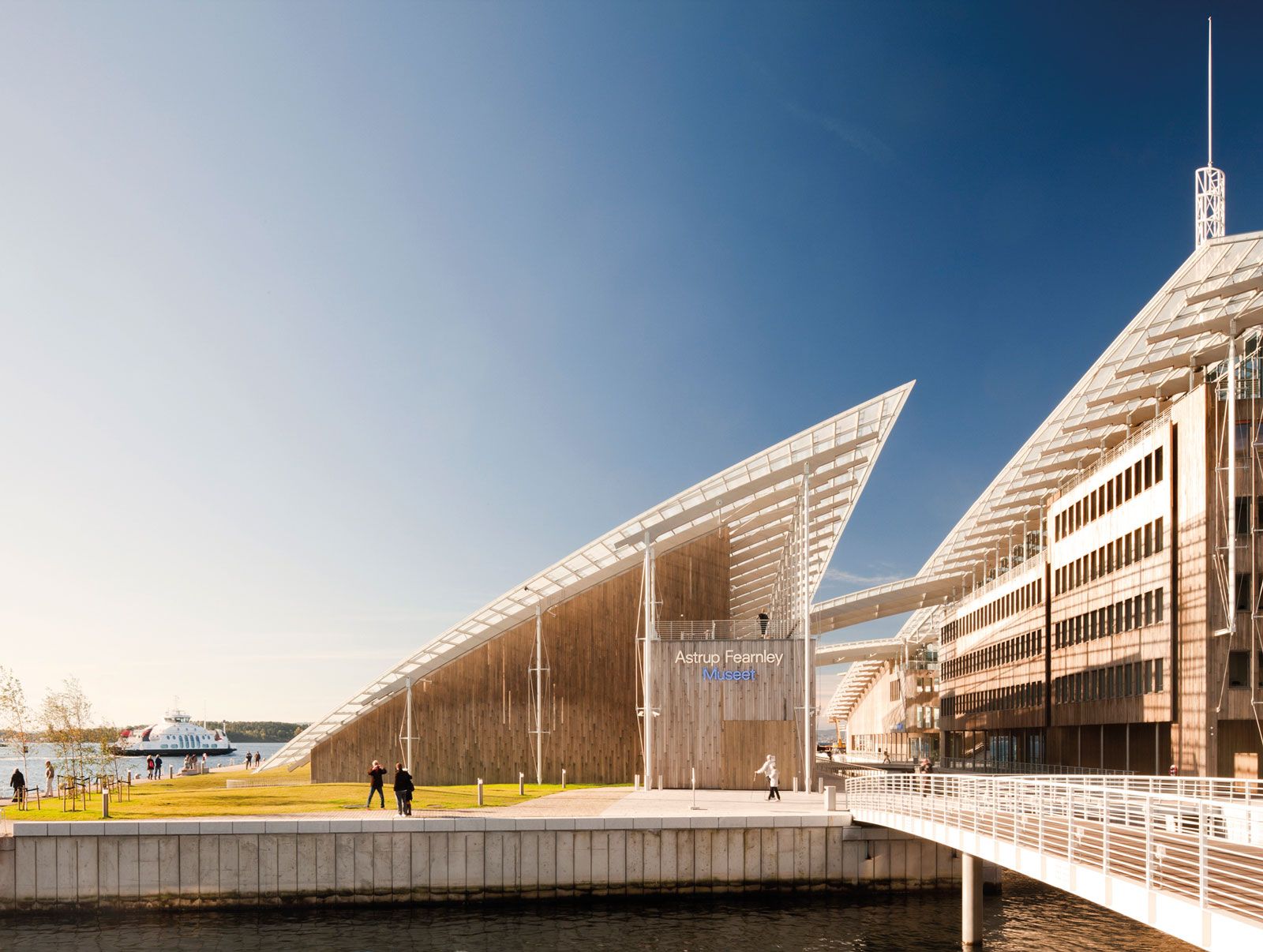 In 2013, Astrup donated his commercial assets and holdings of art to his eponymous charitable organisation, the Hans Rasmus Astrup Foundation. Early last year, the Hans Rasmus Astrup foundation consigned a work by Francis Bacon—Triptych Inspired by the Oresteia of Aeschylus (1981)—to Sotheby’s New York where the painting sold for $84.5m with fees. The Bacon work was acquired in 1984 from Marlborough Fine Art gallery in London. “Proceeds from the sale will ensure the long-term support of the Astrup Fearnley Museet and provide significant funding to further develop and diversify the collection through future acquisitions,” according to a museum statement.

“Astrup showed an avid interest in the most innovative artistic voices in international contemporary art from early on, and in the late 1980s he initiated planning for a museum focused on the significant collection that he had built over the years,” Øvstebø says. In October 1993, the Astrup Fearnley Museet opened its doors at Dronningens gate 4, in the Kvadraturen district of Oslo. In 2012, it relocated to a new building designed by the architect Renzo Piano in the city’s Tjuvholmen waterfront district.