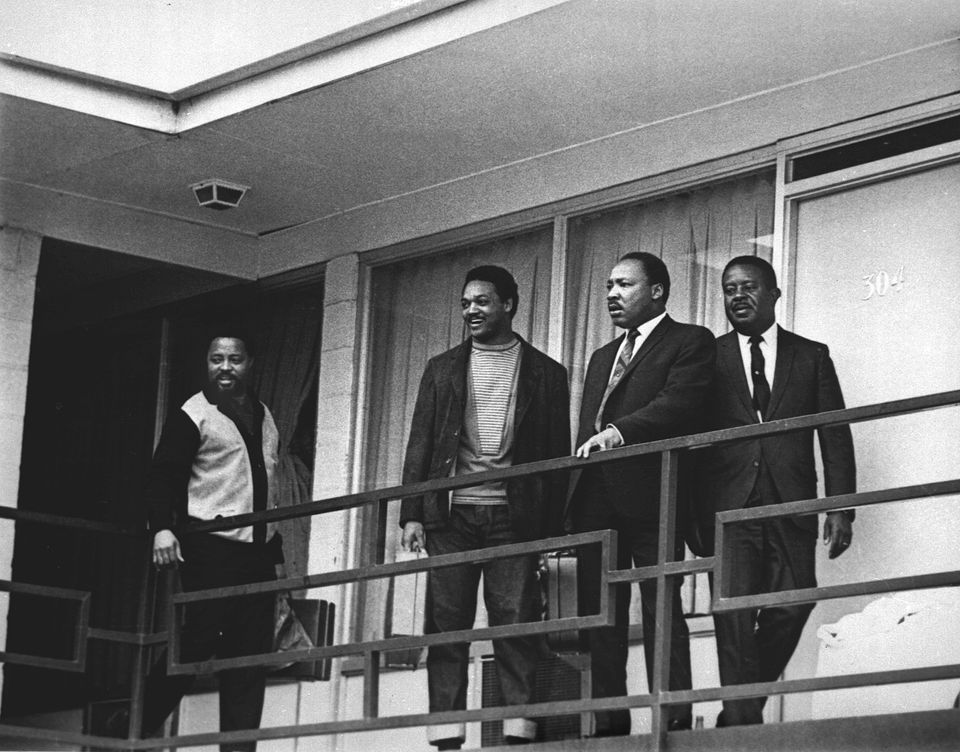 The Reverend Martin Luther King Jr stands with other civil rights leaders on the balcony of the Lorraine Motel in Memphis, Tennessee on 3 April 1968, the day before he was assassinated AP Photo/Charles Kelly

“One of my indelible early childhood memories is looking out of the window of my parents’ home in Bed-Stuy, Brooklyn at fire—buildings burning—a couple of blocks away. I later found out [it was] because people were angry that Martin Luther King Jr had been shot,” says the jazz bassist Melvin Gibbs, who is organising a multi-sensory performance tonight (4 April) at Gavin Brown’s Enterprise in Harlem in memory of the 50th anniversary of the Civil Rights Leader’s death. “I wanted to do something to mark the moment and reference the effect it had both on individuals and on the community, so I decided to bring a temporary community of people together.”

The piece, titled King's Market: Now Closed, will include “sound, scent and ritual elements” according to a statement and is intended to suggest both the violence that has followed the fight for racial equality in the US and the fleeting nature of human life. The performance begins outside the gallery, with a musical “Call to the Community” at the exact time King was killed by a shooter at the Lorraine Hotel in Memphis, Tennessee.

Visitors will then move inside where Gibbs and his Harriet Tubman band co-leader Brandon Ross will perform a sound work dedicated to the non-violent activist’s final moments. This will be accompanied by scents based on articles describing the scene, Gibbs says, like the cologne King wore and cigarette smoke, since he was shot whole smoking on his hotel balcony. “I’ve added in a smell that evokes the scent of blood because over an hour passed in between the time King got shot and the time he died, and he was bleeding the whole time,” he adds.

The work ends with a “sound bath” that will represent King’s passing into the afterlife and will include a participatory ritual during which members of the audience will ignite a pinch of tobacco. This will serve to both remember King and focus on the idea “that our existence and our reality, no matter how solid it seems in the moment, is essentially ephemeral,” Gibbs says.