The Havering Hoard, which will be exhibited at the Museum of London, Docklands, was discovered two years ago and has never before been shown in its entirety At least 453 mundane, beautiful or puzzling objects of the Havering Hoard, the largest hoard of Bronze Age objects ever found in London and the third largest in the UK, will go on display for the first time in an exhibition opening tomorrow at the Museum of London’s Docklands branch.

This will be the first time the objects, which weigh 45 kg in total and are nearly 3,000-years-old, will be shown in their entirety. The exact amount of objects which comprise the hoard is still uncertain even two years after its discovery. This is because some of the hollow axe heads have more tiny things packed inside, so far only revealed by x-rays.

The hoard, dating from 900-800 BC, reveals close trading links between continental Europe and the people living on the banks of the River Thames, in the east of what is today the city of London. Highlights from the collection include a pair of terret rings (pieces of harness that stop cart reins from tangling), known from continental finds but never found before in the UK; a bracelet from modern day France and copper ingots which may have come from the Alps.

Further items include wood-working tools; ornaments and jewellery; a double-sided razor and weapons, many of which are high status and beautifully made but deliberately broken. All these items were found in four separate pits within a late Bronze Age enclosure at Rainham in East London. The site, excavated by archaeologists before clearance for gravel extraction, was itself a dramatic sight, overlooking the Thames and lit by the rising and setting sun. 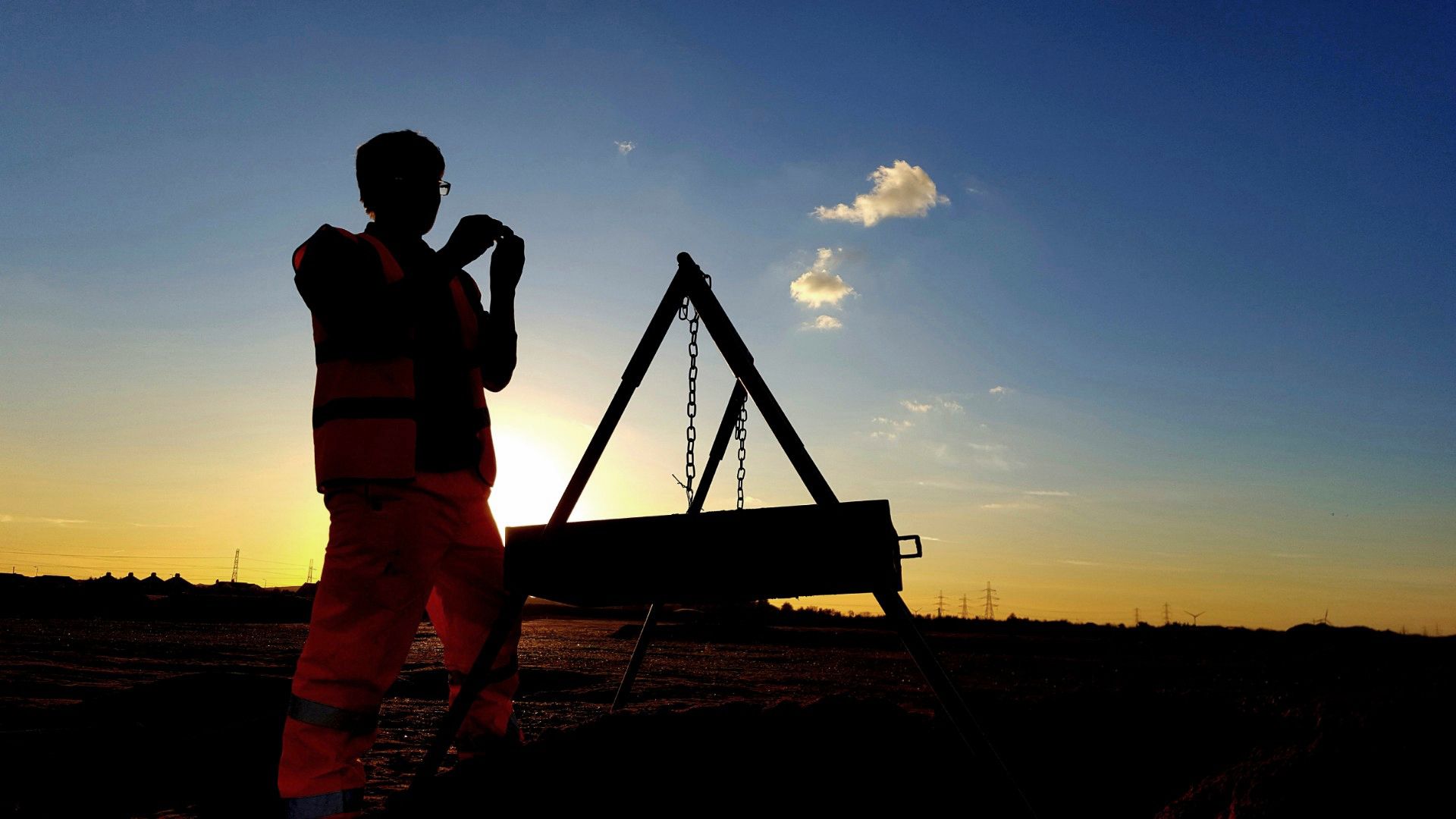 The site, near Rainham in East London © Archaeological Solutions

The objects were deliberately placed and carefully stacked, but debate continues as to whether they represent the tribe's hidden-but-never-recovered wealth, an offering, or more prosaically a metal worker’s stash for melting down and recycling. There is even a theory that the bottom may have fallen out of the bronze market, a commodity whose value collapsed as iron working became more common.

The exhibition was within days of opening this spring when the Covid-19 pandemic forced the closure of the Museum of London and all other museums in the UK. The museum's curator Kate Sumnall says that they are excited to open at last. “The Havering Hoard can tell us many stories about the people who lived and worked in London 3,000 years ago and we explore many of these in the exhibition,” she said. “However, it also reinforces the importance of the archaeological process to our understanding of history. By highlighting the work of those involved, from the archaeological unit to the researchers and specialists, we hope to invite visitors behind-the-scenes and shine a new light on significant work taking place that you may not ordinarily see.”