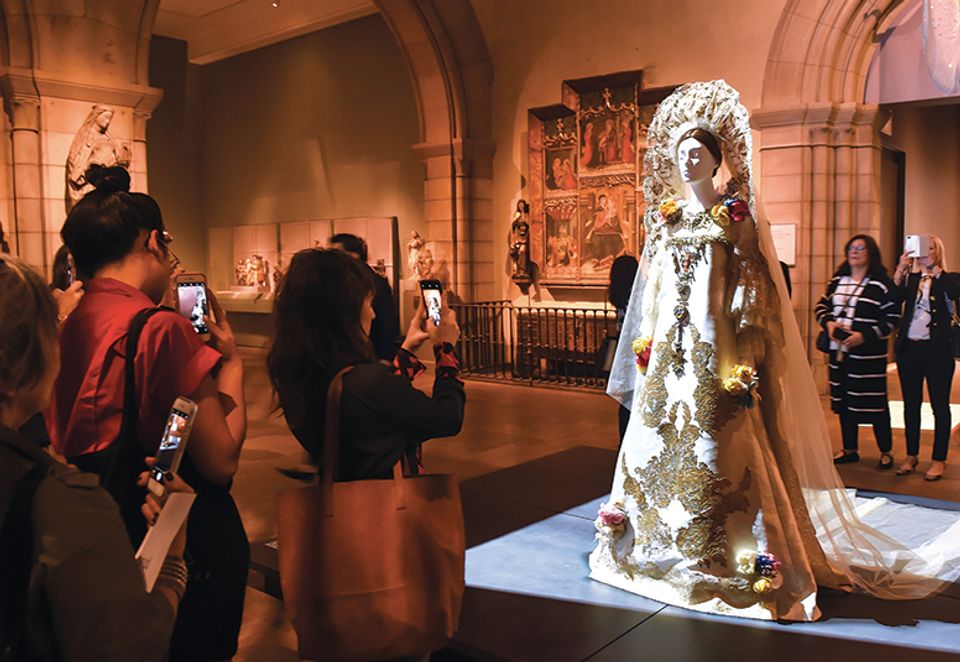 The Metropolitan Museum of Art in New York has clinched the top two spots in our list of the world’s most popular exhibitions in 2018 with the double blockbusters: Heavenly Bodies: Fashion and the Catholic Imagination, which received around 10,900 visitors a day across two venues; and Michelangelo: Divine Draftsman and Designer, which received around 7,900. “These attendance figures in general speak not only to the great credibility of the Met as a scholarly institution, but also the desire of an audience to reflect on, and be in contact with, great objects—with a physical manifestation of artistic excellence,” says the museum’s director Max Hollein. “What the Met stands on, and what I strongly believe in, is that the exhibitions we put forward are based on deep research, but also on very powerful narratives and contemporary storytelling.”

The Costume Institute exhibition Heavenly Bodies, which included contemporary designs inspired by Catholic religious imagery and featured a rare loan of objects from the Sistine Chapel Sacristy, was installed in the Met’s main museum on Fifth Avenue and in the Cloisters, its outpost housing Medieval art and architecture further uptown. The show appealed to such a wide audience “because it put fashion in the context of the Medieval sculpture hall, and juxtaposed art with architecture to create an experience that was like a pilgrimage”, says Andrew Bolton, the curator in charge of the Costume Institute, who organised the show. “It was very much an experiential moment for people, with the fashion and art mixing together in a procession-like way.”

While the museum “never set out to create a hit” with the show, Bolton says, “it was a timely topic given an increased awareness of religion and fashion”. The Met was prepared for controversy considering the subject matter, however, and worked with the Catholic community and the Vatican to remain sensitive to any potential issues prior to the exhibition. Bolton admits, however, that those conversations would have been very different today, when the church is in the midst of a sexual abuse crisis. “It would have been incredibly complicated to do the show now,” he says. “Things were bubbling up then, but not like they are today.” 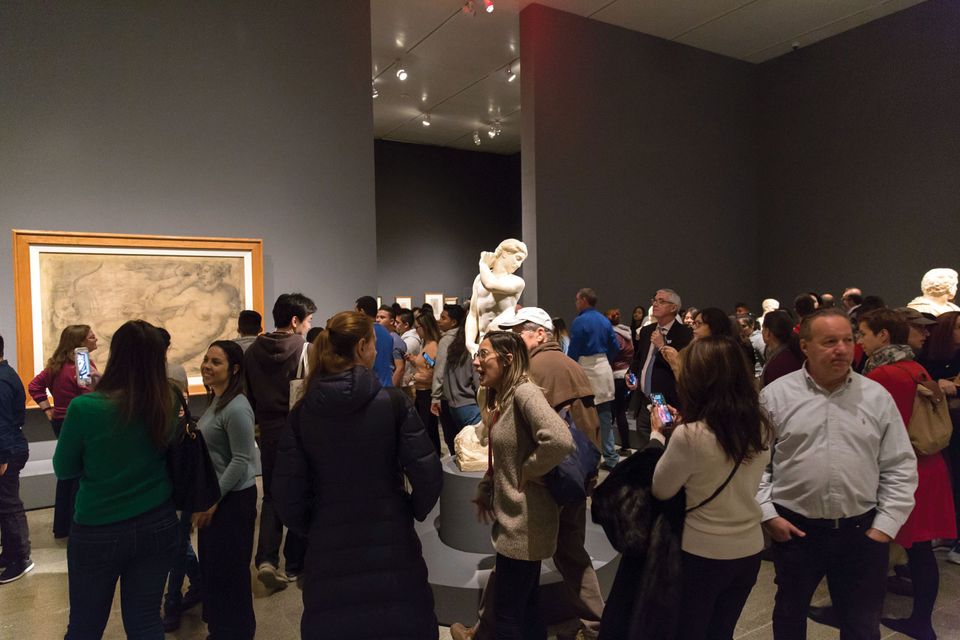 Less contentious, but similarly spiritually oriented, was the Met’s long-awaited Michelangelo survey, which critics stressed was a once-in-a-lifetime exhibition not to be missed—and museum-goers listened. Gathering more than 200 works, including 133 drawings, from 50 painstakingly courted institutions, it forged a gripping chronological narrative of the Renaissance master’s life, with each gallery telling a story and functioning as a thematic exhibition in itself. Carmen Bambach, a curator in the Met’s department of drawings and prints, says she strove for a narrative flow intended to conjure what Michelangelo’s contemporaries called his terribilità, or capacity to inspire awe.

“There was a sense of going from high point to high point,” she says. Even when a visitor arrived at a “summit” of the exhibition, a reproduction of the Sistine Chapel ceiling at quarter-scale with Michelangelo’s sketches for the ceiling arrayed below, Bambach says, the lines of sight ensured that the viewer would be irresistibly drawn to the sculptures of Brutus and Apollo-David in the next room. “Everything was very carefully planned to provide a plot to the story visually,” she says.

Bambach, who dropped in on the exhibition four to five times daily, was moved to see that people were looking attentively at the works. “I thought those acts of contemplation meant a great deal—that we had done our homework,” she says.

And how does the Met plan to follow up on this double header of popular exhibitions? As well as contemporary art “interventions” that will speak to a broad audience, Hollein says the museum will “stay true to what we can do best”, which is to say organising exhibitions that pair stellar works with compelling curatorial stories. “This is appreciated by audiences more and more.”