As public art comes under increased scrutiny, New York's High Line asks the people to help pick its next installation

Around 80 artists—including Nick Cave, Mona Hatoum and Rafa Esparza—have submitted proposals for the elevated park on Manhattan's West Side 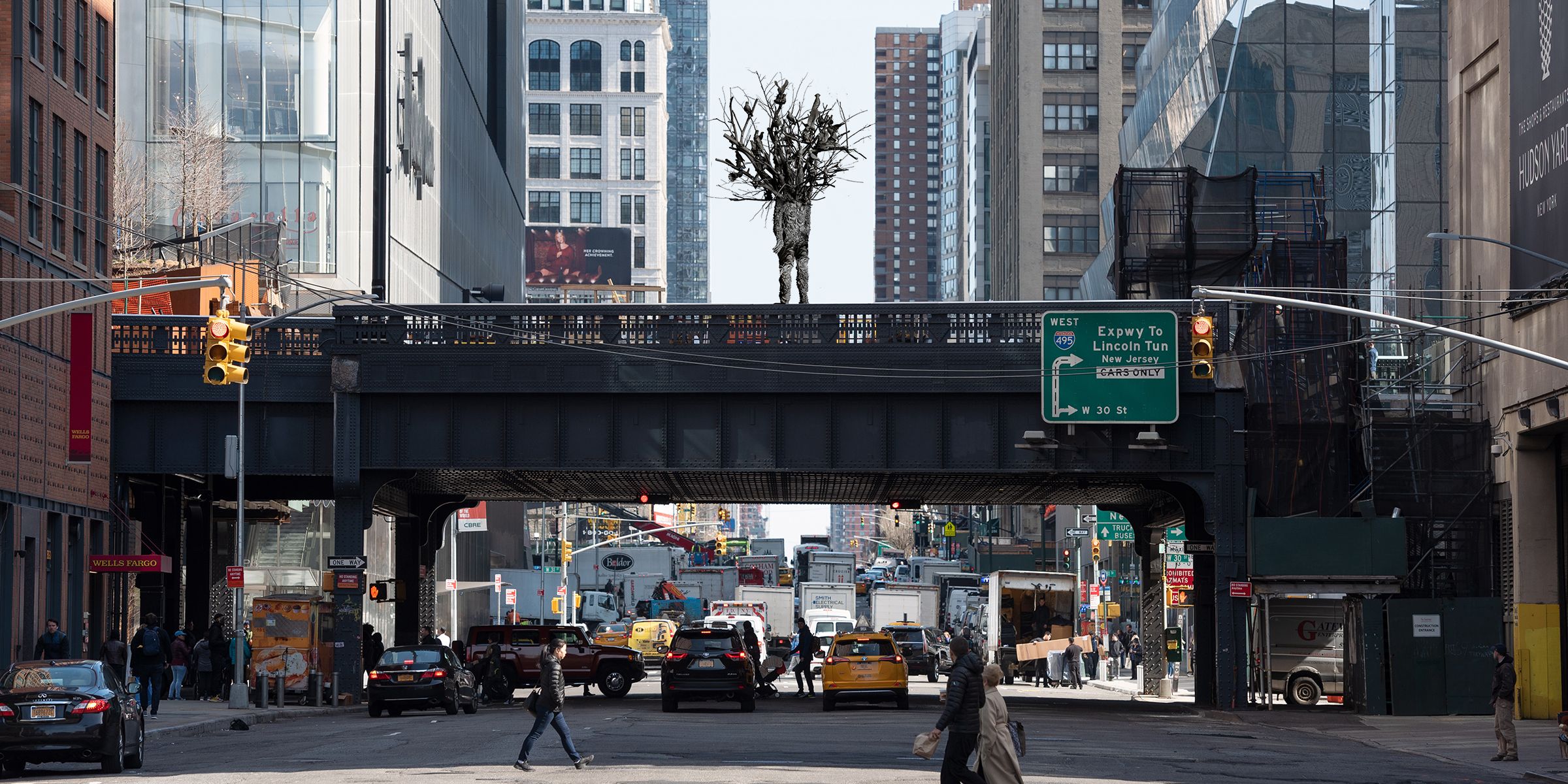 The High Line in New York is partially democratising its commissioning process by asking the public to vet 80 proposals for artworks slated to be installed on the plinth—a prominent site on the park dedicated to rotating art commissions—in 2022 and 2024.

The non-profit organisation High Line Art, which commissions public art projects on and around the elevated park in Chelsea, launched a platform of artist proposals this week, and says that comments from the public will be reviewed by its curatorial staff. The deciding vote, however, will ultimately be made by Cecilia Alemani, the director and chief curator of High Line Art, and her staff.

Alemani tells The Art Newspaper that it is “both an exciting and challenging time to think about the role public art plays in our cities and in our lives”. As the Covid-19 pandemic and the Black Lives Matter protests propelled nationwide protests around works in the public space, contemporary public art has also gained “a greater responsibility to act as a catalyst for meaningful conversations about our society at large. Streets and squares and traditional notions of public space were completely transformed by the pandemic then further reinvented by demonstrations and protests”, she says.

Monuments and public sculptures across the world are being vandalised or toppled amid the ongoing protests and riots following the groundswell of uprisings that began at the end of May when George Floyd was murdered by white police officers in Minnesota. These acts, which mostly target monuments glorifying colonisation and racial inequity, are increasingly seen as part of burgeoning cultural revolution—one that demands more transparency in the decision-making process when it comes to who and what is put on display.

While Alemani sees public support as integral to the success of the plinth work, she also notes that public art commissioners "have a strong responsibility to support the artists and their visions, and to generate, together with them, a space for discussion and participation".

The nominated proposals for the High Line plinth include pieces from established artists like Mona Hatoum, Nick Cave and Alfredo Jaar, as well as emerging and mid-career artists like Trenton Doyle Hancock, Rafa Esparza and Kapwani Kiwanga. Some pieces are light-hearted and humourous—like Iván Argote’s Dinosaur, a colossal realistic pigeon that “challenges the grandeur of traditional monuments”, according to the proposal—to political, like Mona Hatoum’s Hot Spot (Stand), a globe that uses LED lights to outline “hot spots” of conflict around the world, which perhaps takes new meaning amid the pandemic.

The public art programme was inaugurated last summer with Simone Leigh’s sculpture Brick House, a towering 16 ft-tall bronze bust the artist says she made to honour black beauty, and which references architectural styles found in traditional African art. The second commission, set to open in 2021, will be announced in the coming weeks.