High production value: how the Bohun manuscripts were made

The immensely wealthy and aristocratic Bohun family, based at Pleshey in Essex, commissioned in the second half of the 14th century a number of richly illuminated manuscripts, employing resident illuminators known to have been Augustinian friars. No one has been more involved in the study of these fascinating manuscripts than Lucy Freeman Sandler, and her new book, Illuminators and Patrons in 14th-Century England, is her most important contribution to date.

Twelve manuscripts have been identified as resulting from this patronage. The fact that these works were created in one place (probably) for one high-status family with unlimited resources and close royal connections by artists not only highly skilled as illuminators but also capable of constructing sophisticated, polyvalent and learned iconographical programmes has meant that scholars have been able to delve more deeply than is often the case into the processes underlaying their production. 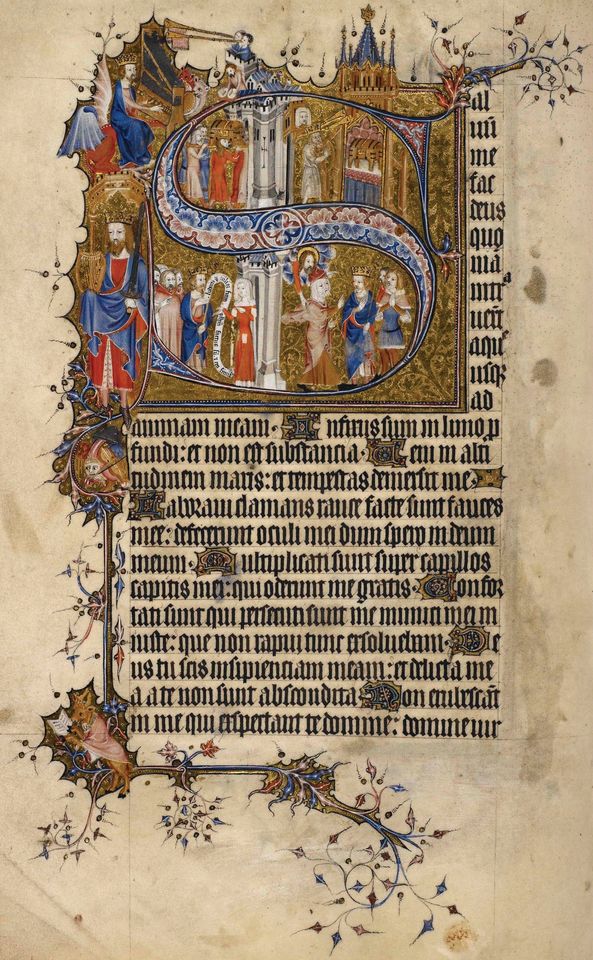 Psalm 68, Bohun Psalter and Hours © The British Library Board

In the first part Freeman Sandler provides a detailed analysis of the Psalter and Hours of the Virgin (London, British Library, MS Egerton 3277), the only one of the more important Bohun manuscripts not to have received a thorough description before. This begins with an account of the Bohun family and their patronage of manuscripts, of the scribes and artists who worked for them and of the style of the work they produced. The latter is seen as deriving from manuscripts from the first half of the century produced in Cambridge or elsewh ere in the Diocese of Ely, such as the St Omer Psalter (around 1330-40), and subsequently influencing London work of the end of the 14th century such as the Carmelite Missal.

The discussion then turns to an examination of the commissioning of the manuscript and its subsequent history, of the artists involved in its production and of the iconographic programme of its decoration. A detailed and lengthy folio-by-folio analytical description concludes this part of the book. What follows is a collection of 12 essays on the Bohun manuscripts written by the author over several years, omitting her first, now superseded, article in 1985.

This inevitably involves some repetition and minor adjustments to the originals, but provides an extremely useful body of material otherwise difficult to access. In addition to an index of manuscripts and a general index there is also a useful list of the Bohun manuscripts. An accompanying DVD contains high-resolution images of the whole of British Library MS Egerton 3277. 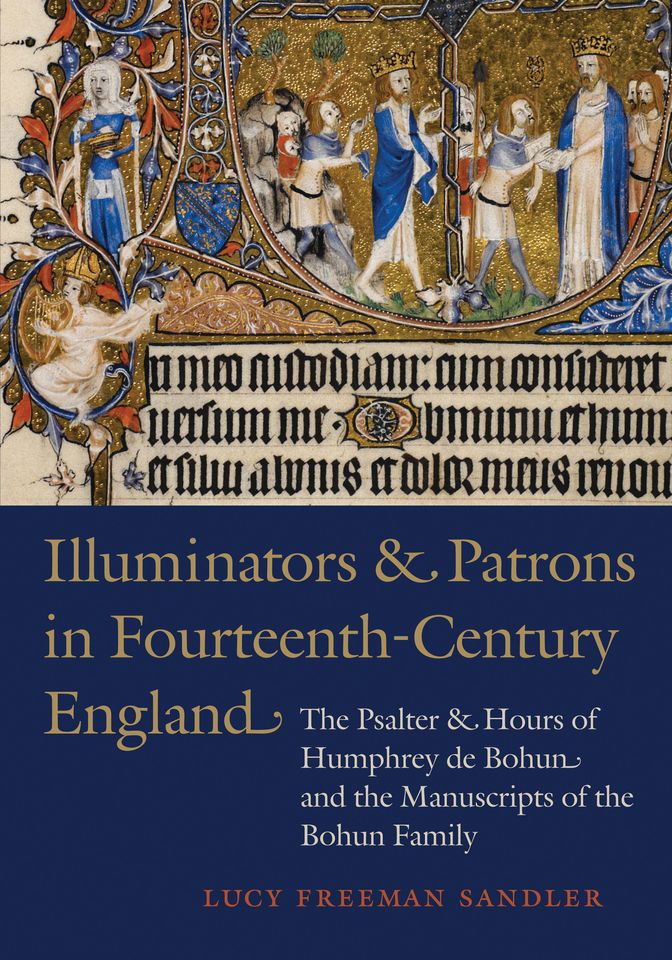 Illuminators and Patrons in 14th-Century England

David King is an honorary research fellow of the School of History at the University of East Anglia, from which he retired in 2010 as a senior research fellow